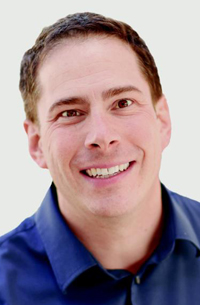 Deacon Eric Paige, executive director for the Office of Evangelization, Formation and Discipleship for the Seattle Archdiocese. (CNS photo/Northwest Catholic)

WASHINGTON (CNS) — Maybe it’s no surprise the Seattle Archdiocese is sending a delegation of 12, as in the number of apostles, to the “Convocation of Catholic Leaders: The Joy of the Gospel in America” in Orlando, Florida, July 1-4.

Deacon Eric Paige, one of the 12, is the executive director for the archdiocese’s Office of Evangelization, Formation and Discipleship. For him, it could seem like a busman’s holiday to spend four days at a gathering with 3,000 other Catholics talking about something he works on every day.

But when asked if he hopes to either gain wisdom from the event or share what he has learned with other participants, Paige said it would likely be a combination of the two.

One thing he hopes to get a better grasp of during the gathering — with its workshops, keynote addresses and time for prayer — is advice on how to use modern technology to spread the Gospel message. But even with that goal in mind, he also is cautious that the tools can’t be so much of the focus that people forget the purpose of using them is “to draw people to engage in the Eucharist.”

For him, the Seattle delegation and the entire gathering of Catholic leaders from across the country are symbolic of the original apostles commissioned to share the Gospel message.

Citing the passage from Ecclesiastes, he said: “There is nothing new under the sun,” meaning Christians today have the same task as always. The call to be missionary disciples in the modern world was echoed by Pope Francis in his 2013 apostolic exhortation, “Evangelii Gaudium” (“The Joy of the Gospel”).

Deacon Paige, who has been involved in church ministry for years and currently provides consultation to parishes and archdiocesan agencies, said a major pastoral concern he often hears is about grown children or family members who aren’t engaged in the church anymore.

He said people tend to ask church leaders for help on this issue without recognizing that they can often be the best candidates for this role. He said they need to recognize the “faith being rejected is not the Christian faith but what they think the Christian faith is.”

Those who have left the church need to “understand who Jesus is,” the deacon said, which comes from personal encounters with people sharing their faith and listening.

That’s not going to happen automatically, either, he added, but only when Catholics are “renewed in their sense of mission” about the church — something the convocation is all about.

As he sees it, the Orlando gathering sponsored by the U.S. Conference of Catholic Bishops, will likely show how Catholics across the country that the “church is in a state of constant evaluation.”

And his verdict is that the church is not experiencing all that God intends, which leaves room for more to happen.

“We have to be open” to what God wants to do, he said.