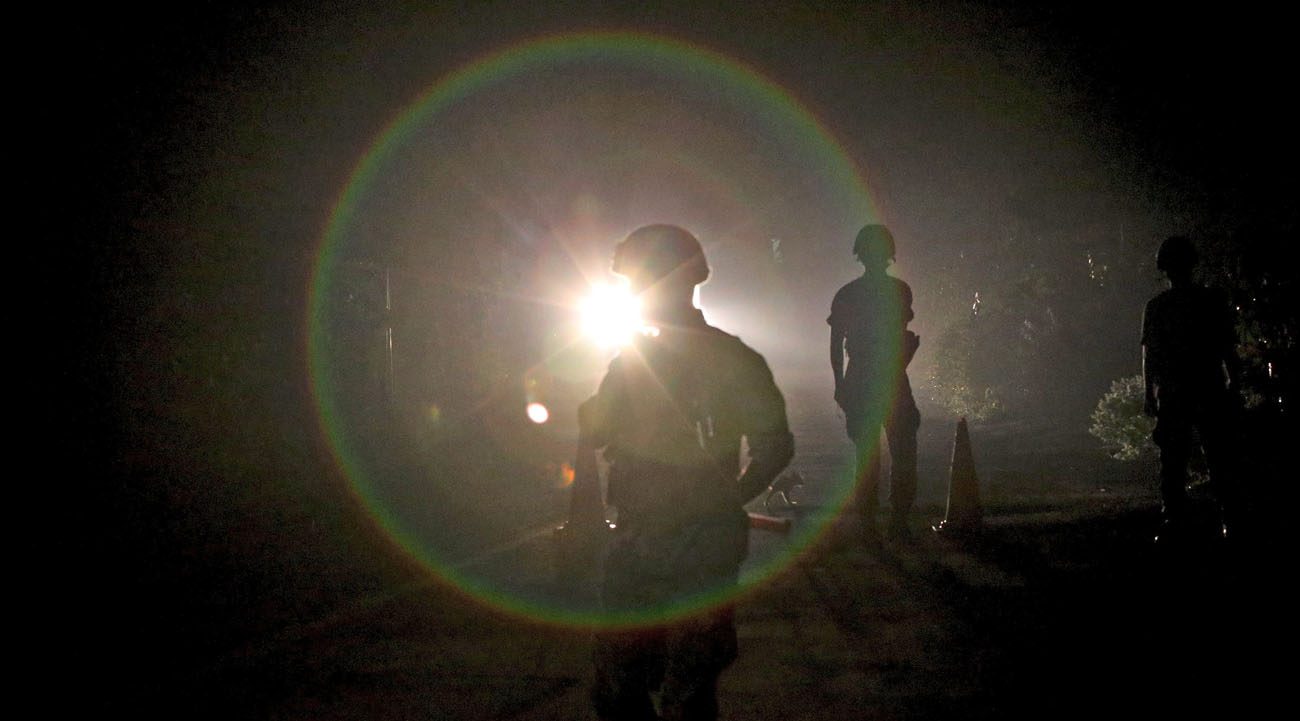 South Korean soldiers stand guard near the demilitarized zone in Yeoncheon, South Korea, in this Aug.20, 2015, file photo. A peace treaty is needed to replace the 64-year truce between North Korea and South Korea, ending a situation where the two countries remain technically at war, speakers at a symposium organized by the South Korean bishops said. (CNS photo/Park Dong-ju/Yonhap, Reuters)

SEOUL, South Korea (CNS) — A peace treaty is needed to replace the 64-year truce between North Korea and South Korea, ending a situation where the two countries remain technically at war, speakers at a symposium organized by the South Korean bishops said.

Hak-jae Kim, a researcher at the Institute for Peace and Unification Studies at Seoul National University, told the symposium in early June that a peace accord would help usher in better relations with the North, ucanews.com reported.

Kim said it remains shocking that Koreans continue to live under a truce put in place at the end of the Korean War in 1953. The truce was originally seen only as temporary measure.

“For a peace treaty, the first thing we need to do is to recognize North Korea as an independent country,” Kim told participants of the symposium, which was hosted by the Korean bishops’ Committee for the Reconciliation of the Korean People.

The North and the South have been divided since Korea’s liberation from the Japanese at the end of World War II. The Korean War, which lasted from 1950 to 1953, made them bitter enemies.

(See a related story of how a Philadelphia native Maryknoll priest has served the people of South and North Korea for 57 years.)

In recent months, tensions have been high over North Korea’s nuclear weapon and missile development program.

Peter Eul-chul Lim, a researcher at the Institute for Far Eastern Studies at Kyungnam University, said, “It will take long time to be reunified even if we settle the peace in the peninsula.”

During one session, Bishop Peter Lee Ki-heon of Uijeongbu, South Korea, president of the bishops’ committee, said that the past two South Korean administrations had suppressed the Catholic Church’s activities for the reconciliation of the Korean people.

“We could do nearly nothing,” Bishop Lee said. “I hope new government led by Timothy Moon Jae-in solves the inter-Korean problems very well.”

The symposium commemorated the Month of National Reconciliation and Unity.

NEXT: Martyrdom ‘not remote possibility’ for Mindanao Catholics, priest says