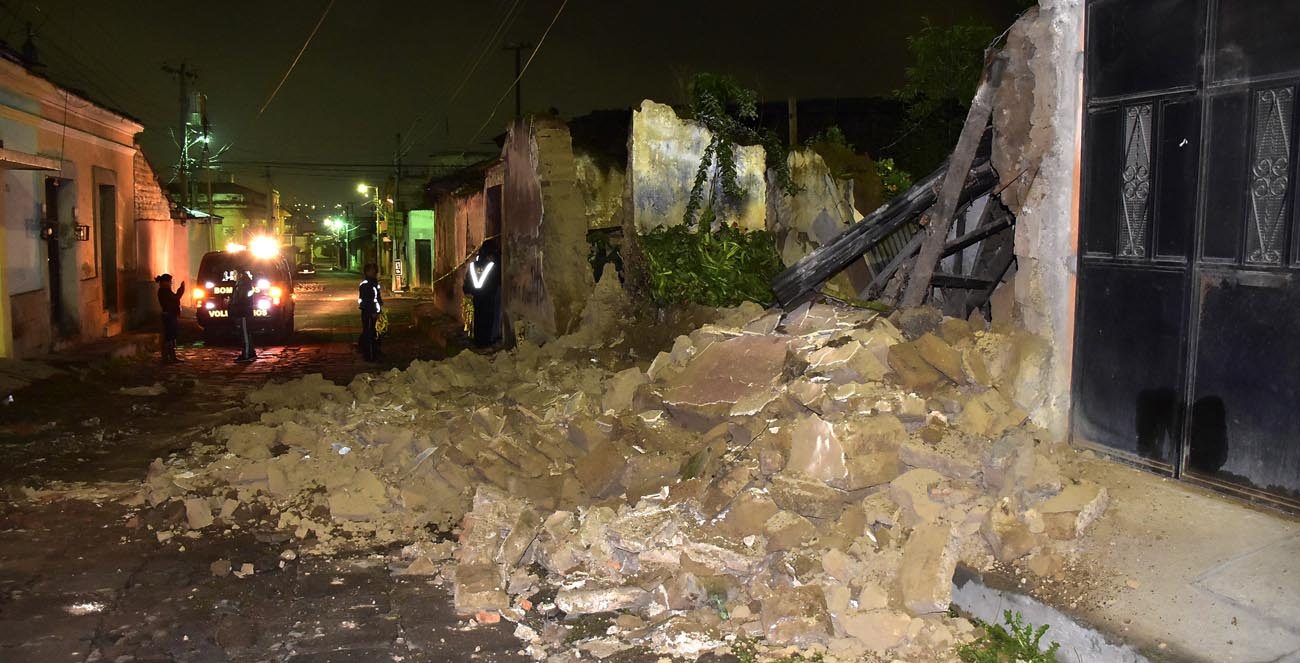 Rescue workers check buildings June 14 after a magnitude 6.9 earthquake in Quetzaltenango, Guatemala. The earthquake, near the border with Mexico, caused moderate damage to homes, triggered some landslides across highways and injured at least one person, officials said. (CNS photo/Pedro Oroz, EPA)

Catholic Relief Services, the U.S. bishops’ international development agency, was conducting an assessment of the region to determine what response was warranted.

The temblor, which struck at about 1:30 a.m. local time (3:30 a.m. EDT) was centered five miles southwest of Tajumulco, near San Marcos, the largest nearby city with a population of 45,000.

Two casualties were reported, but it could not be immediately determined if they were attributable to the quake.

In Quetzaltenango, Guatemala’s second-largest city and about 32 miles southeast of San Marcos, damage was reported to 43 buildings; many walls were separated in older dwellings. Power outages were reported in smaller communities closer to the epicenter.

Robyn Fieser, a communications specialist for Catholic Relief Services, was in Quetzaltenango at the time of the quake. She said the epicenter is in a mountainous region of Guatemala, and rains in the region made it easier for landslides to take place.

She said it was “the strongest thing I’ve ever felt.” Employees at the hotel where she was staying evacuated rooms and moved guests to the roof until they could ensure the hotel had no structural damage. But hotel workers — who are Guatemalan natives, Fieser told Catholic News Service — said it was the strongest quake they had ever felt as well.

Fieser said another CRS employee in Guatemala told her, “I normally don’t leave the house during an earthquake, but this was so strong we all got out of the house.” The quake was strong enough to be felt in southern Mexico.

PREVIOUS: Behind hatred, violence is an unloved heart, pope says at audience