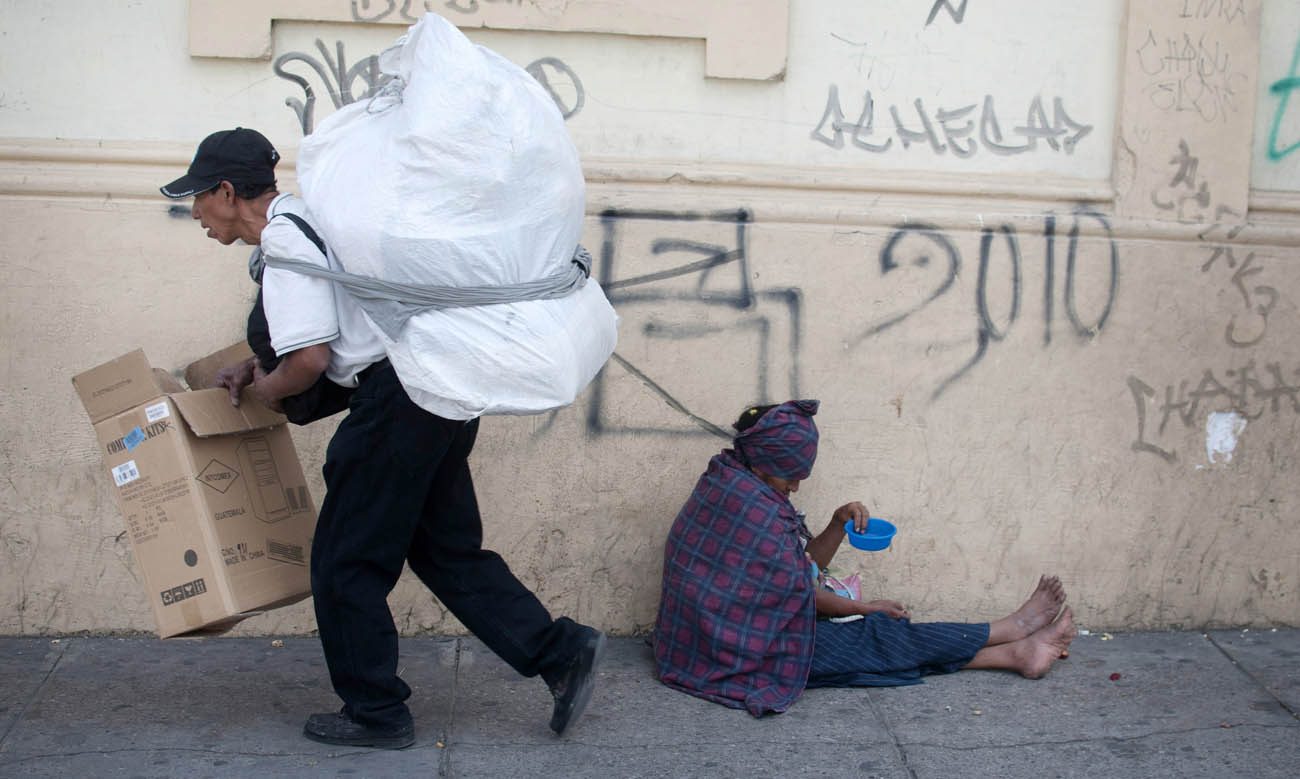 A woman begs for money in Guatemala City in this 2011 file photo. (CNS photo/Saul Martinez)

VATICAN CITY (CNS) — Latin America’s traditional social values of cooperation and solidarity must prevail over the societal ills that threaten the livelihood of the region’s inhabitants, Pope Francis said.

The current social and economic crisis facing Latin American countries has allowed for the “growth of poverty, unemployment, social inequality” and a situation in which the planet, “our common home, is exploited and abused,” the pope said June 30.

“This is at a level that we never would have imagined 10 years ago. In the face of this situation, an analysis is needed that takes into account the reality of concrete people, the reality of our people,” he told members of the Italian-Latin American International Organization.

Founded in 1966, the international organization seeks to increase “economic, social, scientific, technological and cultural cooperation” between Latin American countries and Italy, according to the group’s website.

Commemorating the organization’s 50th anniversary, the pope said that to achieve the goal of promoting development and cooperation, the organization must first identify the potential of Latin American countries, who are “rich in history, culture, natural resources” and “good and caring” people.

“This has been proven in the face of recent natural disasters in how they have helped each other, becoming an example for the entire international community,” he said. “All these social values are there, but they have to be appreciated in order to be empowered.”

Migration has increased “in a way never before seen,” the pope said, and many of those on the move in a search for a better life “suffer the violation of their rights,” he said. The risks are especially high for children and young adults who are victims of trafficking or “fall into the networks of criminality and organized crime.”

“A joint cooperation policy needs to be developed in order to address this issue,” he said. “It isn’t about looking for those who are guilty and avoid responsibility, but rather that we all are called to work in a coordinated manner.”

Pope Francis said that by promoting a “culture of dialogue” in politics, the Italian-Latin American International Organization can foster an atmosphere that allows for the exchange of ideas and concerns for the good of all people.

“It is a mutual exchange of trust which knows that on the other side there is a brother or sister with a hand outstretched to help, who desires the good of both parties and wants to strengthen the bonds of brotherhood and friendship to advance along the paths of justice and peace,” he said.

NEXT: Vietnamese Catholic blogger sentenced to 10 years in prison