Parish prays for congressman in critical condition after shooting 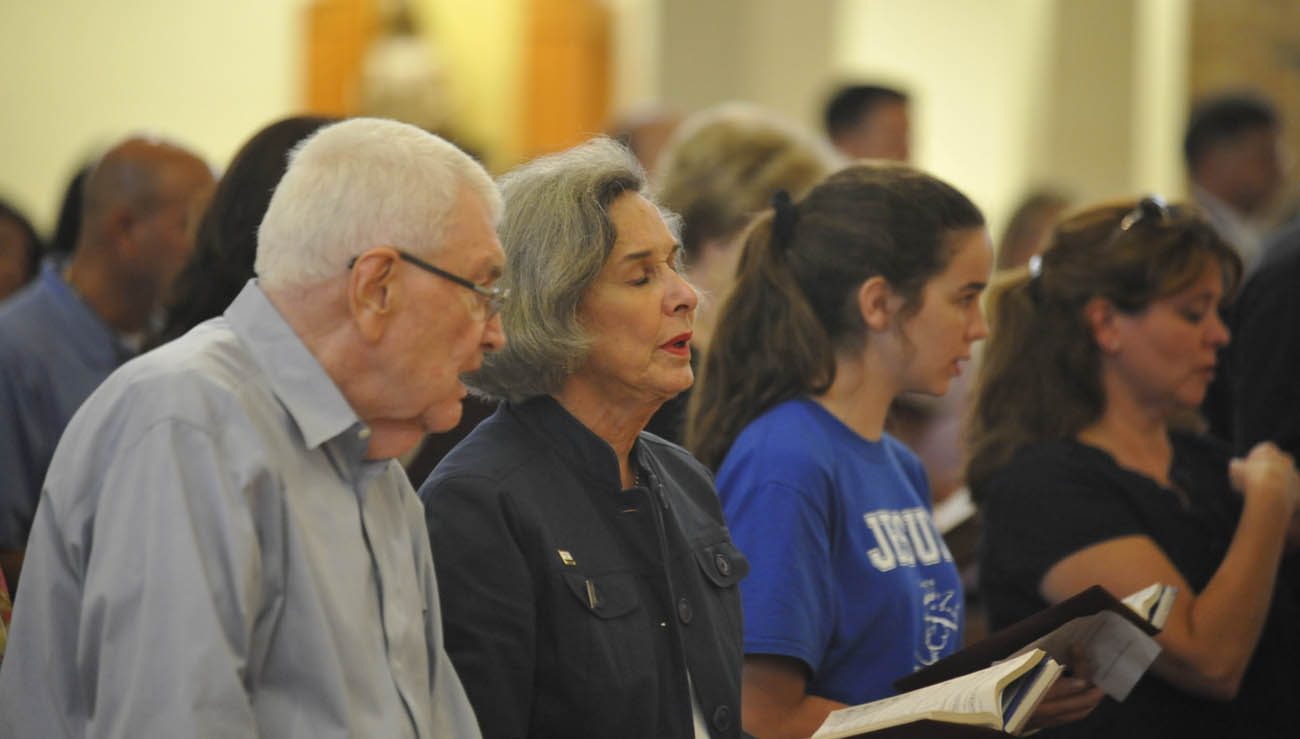 More than 150 people attend a prayer service at St. Catherine of Siena Church in Metairie, La., June 14 for the recovery of House Majority Whip Steve Scalise, R-La., and four others who were shot by a lone gunman while practicing in Alexandria, Va., for a charity baseball event. Scalise, his wife, Jennifer, and their two children are parishioners at the church. (CNS photo/Peter Finney Jr., Clarion Herald)

METAIRIE, La. (CNS) — More than 150 people attended a prayer service at St. Catherine of Siena Church in Metairie June 14 to pray for the recovery of House Majority Whip Steve Scalise, R-Louisiana, and other victims of a shooting in Alexandria, Virginia, early that morning.

Scalise, his wife, Jennifer, and their two children are members of St. Catherine of Siena Parish. The congressman from the 1st District of Louisiana was gunned down by a lone gunman while practicing with other Republican members of the House and staffers for a charity baseball game.

Father Ronald Calkins, pastor of St. Catherine of Siena, said the prayer service was for the shooting victims and also for those who mourn for them.

“We come here to pray to God, who is always with us and always supporting us and always helping us,” Father Calkins said. “We pray especially for those who were injured. Of course, we also come just to support each other.”

The group of House members and staff were at a baseball practice to prepare for the 56th annual Congressional Baseball Game, played each summer by members of Congress, when the shots rang out. The game will take place as scheduled June 15.

The suspected gunman was identified as James Hodgkinson of Illinois, who was shot by police and later died from his wounds. In addition to Scalise, four others were injured and transported to the hospital. They included two U.S. Capitol police officers who are on the congressman’s security detail.

“Even if all we did was to come into this church and there was no prayer service, and all we did was spend time in prayer quietly, we’re together, supporting each other. That’s very important,” Father Calkins said at the prayer service. “We also need to recommit ourselves to being people of peace, people of justice. Violence is never really the answer. Our Lord Jesus was a person of peace, a person of nonviolence, so we are his followers, his disciples. We call ourselves Christians because we follow Jesus Christ.”

Maria Naccari, who taught Scalise’s daughter Madison in prekindergarten at St. Catherine of Siena School, said she has always been impressed by the Scalise family’s down-to-earth attitude. When Scalise would show up with his security detail to pick up his children from school in the afternoon, she said, he never pulled rank or asked to come to the front of the line.

“They wait in line — there is no cut in line,” Naccari told the Clarion Herald, newspaper of the New Orleans Archdiocese. “They wait like everyone else, and he follows all the rules. It’s adorable. I think that’s what makes him so likable to everybody. They’re just regular people with a different job.”

“Sweet, sweet family — Mom and Dad totally involved with walking them to class. They are just normal, everyday parents. Unless you knew who he was, you would not know who he was, if that makes sense.”

Madison is entering fifth grade, and Harrison Scalise, their son, just made his first Communion and is going into third grade.

NEXT: Catholic dioceses in South ‘in a growth mode,’ says Atlanta archbishop