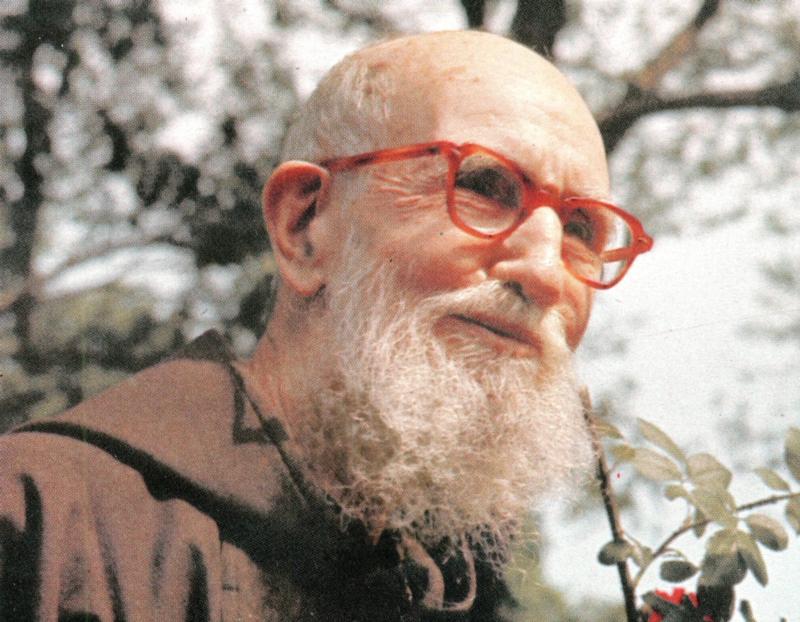 Father Solanus Casey, a Capuchin priest in Michigan and New York, is seen in this undated photo. Pope Francis advanced the sainthood cause of the Wisconsin-born Capuchin priest. (CNS photo/The Michigan Catholic)

DETROIT (CNS) — Father Solanus Casey, a Capuchin Franciscan “who would provide soup for the hungry, kind words for the troubled and a healing touch for the ill,” will be beatified Nov. 18, the Capuchin Franciscan Province of St. Joseph in Detroit has announced.

The ceremony will take place at Ford Field in Detroit, which the province said would be configured to accommodate 60,000 people.

He will be the second American-born male to be beatified, after Father Stanley Rother, a North American priest from Oklahoma who in 1981 was martyred while serving the people of a Guatemalan village and will be beatified Sept. 23. Father Casey also will be the first person from Michigan to achieve the designation.

“We are filled with joy at receiving the final date of the beatification of Father Solanus,” said Capuchin Franciscan Father Michael Sullivan, provincial minister of the Province of St. Joseph. “It is a beautiful way to celebrate the 60th anniversary of his passing.”

“The beatification of Father Solanus will be a tremendous blessing for the whole community of southeast Michigan, an opportunity for all of us to experience the love of Jesus Christ,” Detroit Archbishop Allen H. Vigneron said in a statement after the beatification date was announced June 27.

The province said details on the beatification ceremony, including ceremony time, will be released in the coming weeks; those interested in receiving details by email can sign up at solanuscasey.org/beatification. Ticket information will be made available by Aug. 15.

Among the hundreds, if not thousands, of healings attributed to Father Casey during and after his lifetime, Pope Francis recognized the authenticity of a miracle necessary for the friar to be elevated from venerable to blessed after a review by the Vatican’s Congregation for Saints’ Causes was completed earlier this year.

The miracle involved the healing — unexplained by medicine or science — of a woman with an incurable genetic skin disease. The woman was visiting friends in Detroit and stopped at Father Casey’s tomb to pray for others’ intentions. After her prayers, she felt the strong urging to ask for the friar’s intercession for herself, too, and received an instant and visible healing.

The miraculous nature of her cure was verified by doctors in her home country, in Detroit and in Rome, all of whom confirmed there was no scientific explanation. Father Casey himself died of a skin disease in 1957.

Born in Oak Grove, Wisconsin, Bernard Francis Casey was the sixth of 16 children in the family of Irish immigrants Bernard James Casey and Ellen Elizabeth Murphy. He enrolled at St. Francis High School Seminary near Milwaukee in 1891, but because of academic limitations, he was advised to consider joining a religious order instead.

After reflecting before a statue of Mary, he felt the urging to “go to Detroit” and heeded this advice, joining the Capuchin order in 1897. He was given the religious name Solanus.

Although he continued to struggle academically, Father Casey was at last ordained in 1904 by Milwaukee Archbishop Sebastian G. Messmer as a “simplex priest,” meaning he could celebrate Mass but could not preach doctrinal sermons or hear confessions.

He went to New York and served for two decades in friaries and churches there and was transferred back to Detroit in 1924, where he began working as the porter, or doorkeeper, of St. Bonaventure Monastery. He spent his life in the service of people, endearing himself to thousands who would seek his counsel.

Father Casey co-founded the Capuchin Soup Kitchen in 1929 and today it serves the Detroit metro area by providing food, clothing and human development programs to the people of the community. In addition to preparing and serving up to 2,000 meals a day, the facility has an emergency food pantry, service center and a tutoring program for children.

The Detroit Capuchins, whose work is funded primarily by donations, also operate the Solanus Casey Center, which attracts 250,000 visitors a year.