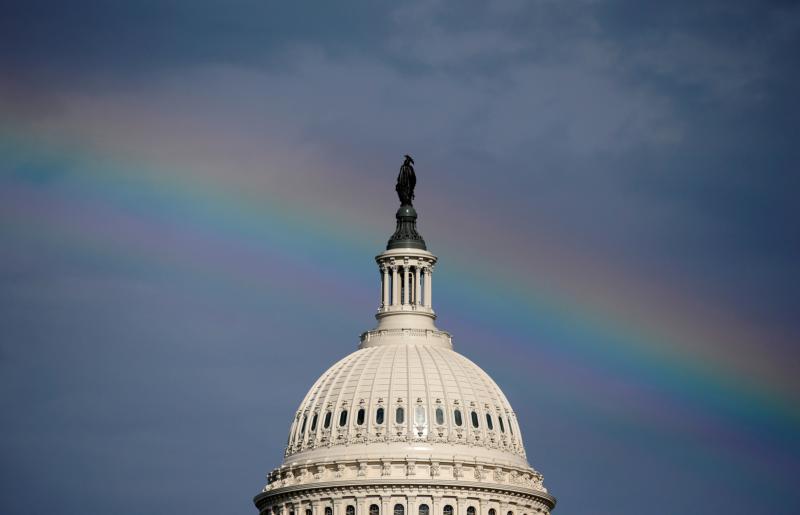 UPDATED – WASHINGTON (CNS) — After the Senate voted July 25 to proceed with the health care debate, Bishop Frank J. Dewane of Venice, Florida, urged senators of both parties to “work together to advance changes that serve the common good.”

The statement from Bishop Dewane, chairman of the U.S. Conference of Catholic Bishops’ Committee on Domestic Justice and Human Development, said the health care reform proposals currently under consideration would “harm millions of struggling Americans by leaving too many at risk of losing adequate health coverage and continue to exclude too many people, including immigrants.”

“We are grateful for the efforts to include protections for the unborn, however, any final bill must include full Hyde Amendment provisions and add much-needed conscience protections. The current proposals are simply unacceptable as written, and any attempts to repeal the ACA (Affordable Care Act) without a concurrent replacement is also unacceptable,” he said in a July 25 statement.

During the procedural vote on the Senate floor, 50 Republicans voted yes and two GOP senators — Susan Collins of Maine and Lisa Murkowski of Alaska — voted no, along with the Senate’s 48 Democrats. The tiebreaking vote was necessary from Vice President Mike Pence, as president of the Senate.

The vote to debate health care legislation took place after months of ongoing discussion and leaves Senate Republicans with a few options, including completely replacing the health care law, or voting for what has been described as a “skinny” repeal that would remove parts of the Affordable Care Act. They also could pass a measure that would repeal the current law without implementing a replacement.

Late July 25, the Senate voted down one of these proposals in a 57-43 vote with nine Republicans voting against it. The proposal — an updated version of the Better Care Reconciliation Act — would have done away with the ACA’s tax penalties for those not buying insurance, cut Medicaid and allowed insurers to sell cheaper policies with less coverage. It also included $100 billion in extra funds to help people losing Medicaid.

Senators rejected a “repeal-only” proposal July 26; many in both parties have spoken against repealing the ACA without a replacement plan.

As votes were being cast July 25 on the procedural vote, all eyes were on Sen. John McCain, R-Arizona, who returned to the Senate floor just days after being diagnosed with brain cancer, and Sen. Ron Johnson, R-Wisconsin, who had not assured the Senate of his vote prior to the tally.

Just prior to the vote, Republican Sen. Mitch McConnell of Kentucky, majority leader, urged fellow senators not to let this moment slip by.

“All we have to do today is to have the courage to begin the debate,” he added as protesters yelled in the background: “Kill the bill, don’t kill us.” “Shame.”

“Will we begin the debate on one of the most important issues confronting America today?” he asked before answering: “It is my hope that the answer will be yes.”

Democratic Sen. Charles Schumer of New York, minority leader, stressed that Democrats had been “locked out” of the recent health care debate and he warned that the Republican plan will “certainly mean drastic cuts” in Medicaid and would cause many to lose health care insurance.

McCain urged his colleagues to “trust each other” and “return to order” after casting his vote to move the debate forward.

In his July 25 statement, Bishop Dewane said, “There is much work to be done to remedy the ACA’s shortcomings” and he called on the Senate to make the necessary changes.

He also stressed that “current and impending barriers to access and affordability under the ACA must be removed, particularly for those most in need. Such changes can be made with narrower reforms that do not jeopardize the access to health care that millions currently receive,” he added.

Dominican Sister Donna Markham, president and CEO of Catholic Charities USA, said in a July 26 statement that she was disappointed with the Senate’s vote to attempt to repeal and replace the ACA “without a clear plan to protect access to affordable health care coverage.”

She said that throughout the health care reform debate, Catholic Charities has insisted that any reform must protect those who have health care coverage and provide more health insurance to those without it.

“We urge senators to work together to reject dramatic cuts to Medicaid coverage and provide a health care bill that truly expands coverage, reduces costs and respects human life and dignity, especially for those who are most in need,” she said.

Carolyn Mackenzie contributed to this report.