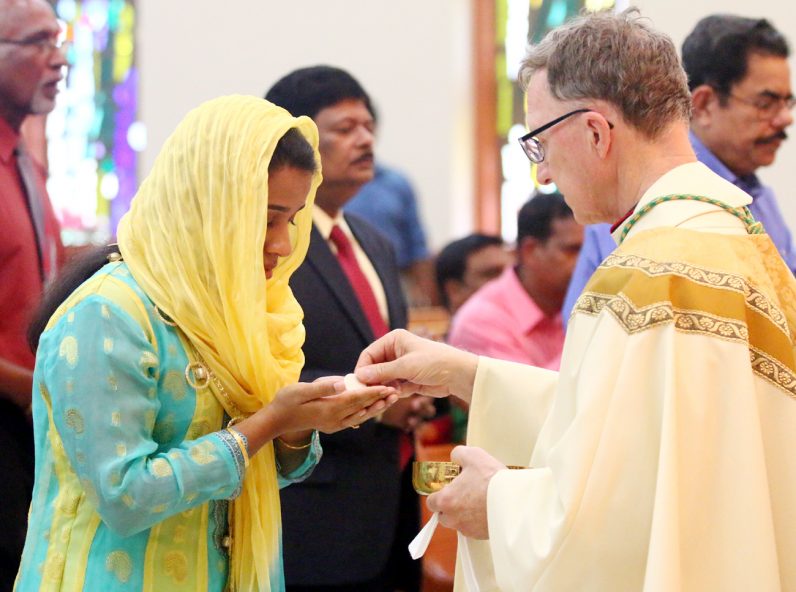 It was Indian Catholic Heritage Day on Aug. 12, sponsored by the Indian American Catholic Association of Greater Philadelphia and celebrated at St. Thomas Syro-Malabar Catholic Church in Northeast Philadelphia.

The congregation was mostly India-born adults and their American-born children, many in the colorful festive garments of their native land.

While it was billed as Indian Catholic Heritage Day, it was also a celebration of the 70th anniversary of India’s independence as a nation.

(See a photo gallery from the celebration.)

Auxiliary Bishop Edward Deliman, who was the principal celebrant of the Mass along with local Indian priests, picked up on this in his homily.

“Ethnicity gives us identity,” he said, relating his own ethnic heritage. “My family brought traditions from Eastern Europe that I hold dear in my heart and that I try to observe even at this point in my life. I will never forget them. 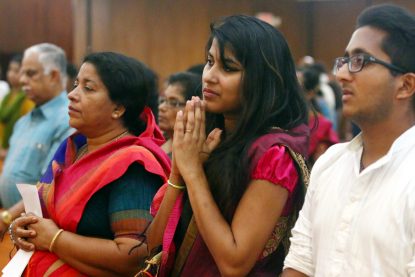 “Celebrations like today keep alive traditions from the past so that we can build a better tomorrow,” he said. “Especially the younger people, don’t ever forget where you came from.”

But Indian Independence Day is really Aug. 15, when the Catholic Church celebrates the Assumption of the Virgin Mary, an important date on the Christian calendar. Bishop Deliman also alluded to this.

“The life of Mary is a lesson on life for us. Her life is worthy to imitate,” he said, tying her virtues of humility, purity and hope to the colors of the flag of India.

India, which is mostly Hindu and Muslim, has a Christian minority that by strong tradition traces back to evangelization by St. Thomas the Apostle in the first century A.D.

Those Christians today are centered in Kerala in southwest India. They follow Syrian rituals and are mostly either Orthodox Christian or Catholic.

Because Kerala has the highest degree of education in India, many of the Catholic immigrants to America are professionals.

The faithful all came together at St. Thomas for the Indian Catholic Heritage Day festivities that included the liturgy, traditional dancing and Indian foods. 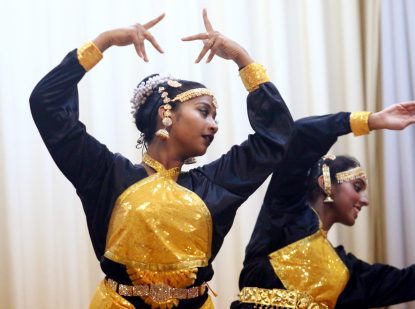 While there is no exact number on how many Indian Catholics are living in the Philadelphia area, Charly Chirayath, the president of the Indian Catholic Association, estimates there are about 500 families with about 2,000 people. About 350 of the families are Syro-Malabar and most of the balance Syro-Malankara. “We are growing,” he said.

He himself came to the United States 37 years ago. Already a college graduate, he completed his studies in engineering at the Catholic University of America, and has been working in that field since.

Like many in his community he has kept up his ties to his country of birth by visits to India.

What was striking was the number of young people at the Mass and celebration, including American-born teens Maximus Damian and his sister Genova, attending with their parents.

“This is part of who I am and I am proud of who I am,” Maximus said. “India is a country known for many things.”

“The culture is so rich,” his sister added. “There are so many aspects, the food, the dancing and the music. I’ve been to Kerala many times. But you don’t have to be Indian to enjoy the culture.”

“I came with my Indian friends,” said Denzel Prior, who is African American. “I like learning about cultural traditions.” 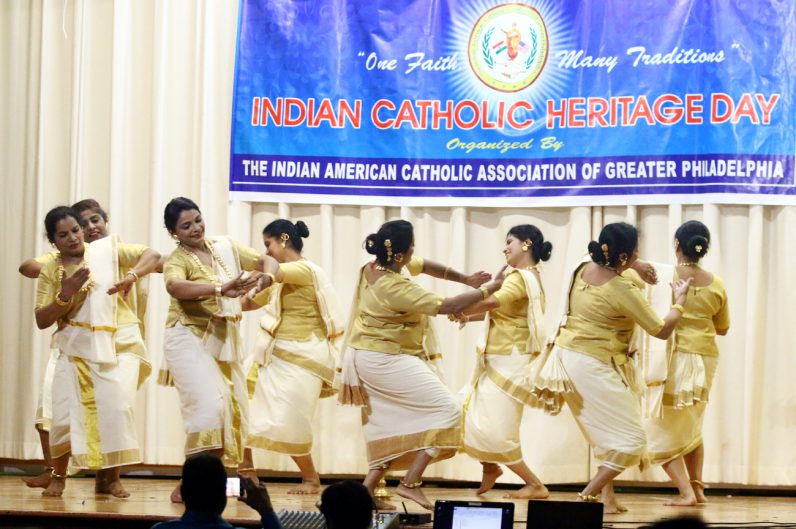 PREVIOUS: Is addiction sin or sickness? A complex and timely inquiry

NEXT: They listened for God’s voice in the New Mexico wilderness