Catholics urged to help fight racism in U.S. and pray for healing, unity 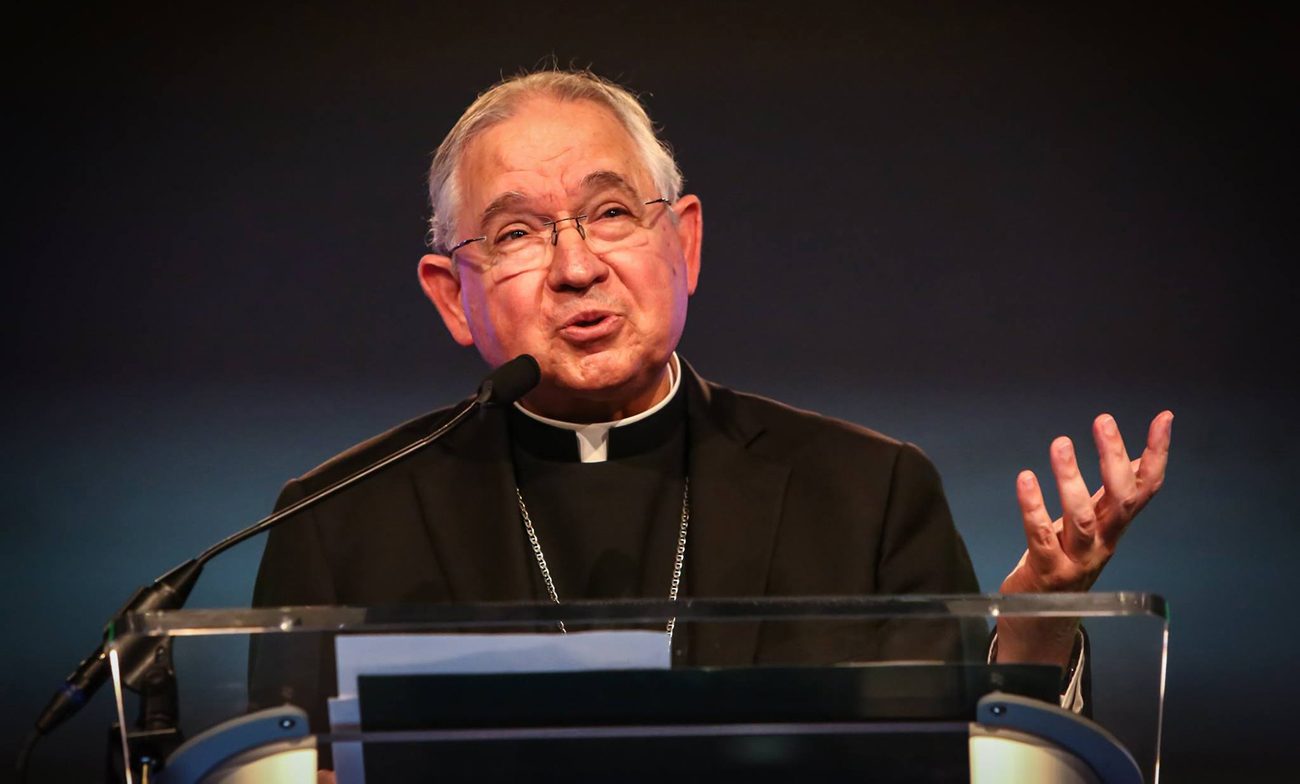 LOS ANGELES (CNS) — The United States is seeing “a new kind of racism and nationalism” that is “rooted in fear,” and Catholics must work to overcome such new forms of racism and “every ideology that denies the equality and dignity of the human person,” the archbishop of Los Angeles said.

He made the remarks in homilies delivered at two Los Angeles parishes the weekend of Aug. 19-20.

“This has been a hard week in our country,” he said, referring to the aftermath of the hate-filled and violent events that occurred in Charlottesville, Virginia, the previous weekend. He urged prayers for the people of that city and called on Catholics to be “a true sign and instrument of healing and unity.”

In San Antonio, Archbishop Gustavo Garcia-Siller echoed those words in his homily at an Aug. 20 Mass for immigrants, saying: “Today, racism is a serious problem in our country. Moreover, millions of people live among us in the shadows of our society.”

“Racism is a sin. Anti-Semitism is a sin. Violation of a person’s human and civil rights is a sin. We need to ask God’s forgiveness and mend our ways!” he said.

Archbishop Gomez told Catholics in his archdiocese that there is “no place in the church — and there is no place in American society — for racism or prejudice against people based on their race or nationality.”

“The Gospel teaches us and the saints show us that beyond the color of our skin or the countries where we come from, we are all brothers and sisters,” he said. “We are all children of one Father. And we all have the Mother of God as our mother.

Archbishop Gomez pointed out that the national debate over immigration reform has also been marked by “a lot of racism and nativism … even among Catholics.”

“This is all wrong and it needs to stop! Our task is to bring people together, to build bridges and open doors and make friendships among all the diverse racial and ethnic groups and nationalities in our country.”

He concluded by asking prayers for the nation and for the Catholic Church.

“Let us ask for the grace to believe that God’s love can transform every heart that is hardened by hatred. And let us ask Mary, our Blessed Mother, to intercede for us — that we might have the strength to keep building the family of God and keep building a society where every person is treated as a child of God.”

Archbishop Garcia-Siller touched on the same themes in his homily, saying that “our faith tells us that every human life has intrinsic value, dignity, and rights because everyone is created in the ‘image and likeness’ of God,” San Antonio’s archbishop said. “Everyone, without exception! This is the truth!”

Forming close-knit groups is “a tendency in human nature” and everyone else is seen as “an outsider,” he continued. “Fear of and lack of true knowledge about ‘outsiders’ lead to bias, prejudice, propaganda, discrimination.”

Such attitudes “can escalate into violence and even death, as we saw in the tragic events at Charlottesville,” Archbishop Garcia-Siller said. “This is not the will of God! God’s plan is that all his children — without exception — learn to recognize one another as sisters and brothers. That is a serious challenge for all of us today.”

Regarding the immigration issue, he noted many immigrants in this country are making “vital contributions to our society through their hard work and exemplary family life,” but that “many live under the constant threat of deportation. This causes unspeakable suffering, fear, and anguish.”

Many of these families live in a nation that no longer welcomes immigrants as it has in the past and where they have come for “freedom, safety and a chance for a better and safe life for their children.”

“Some recent governmental policies and inflammatory rhetoric at both the federal and state level are not only ill-advised,” Archbishop Garcia-Siller said, labeling them as “unjust,” “discriminatory” and “not in accord with what the word of God demands of us who claim to be believers.”

The Catholic Church “will continue to proclaim and live out the Gospel,” he said. “We will build bridges — not walls — among peoples. We will promote personal encounter, dialogue, and inclusion that will develop friendship between families and neighbors.

“We will insist on truth, not falsehoods and propaganda. We will strive for fruitful collaboration of all for the common good of our society. Meanwhile, we will walk in solidarity with and care for all of our neighbors,” he said, adding: “Our Lady of Guadalupe accompanies all of us.”