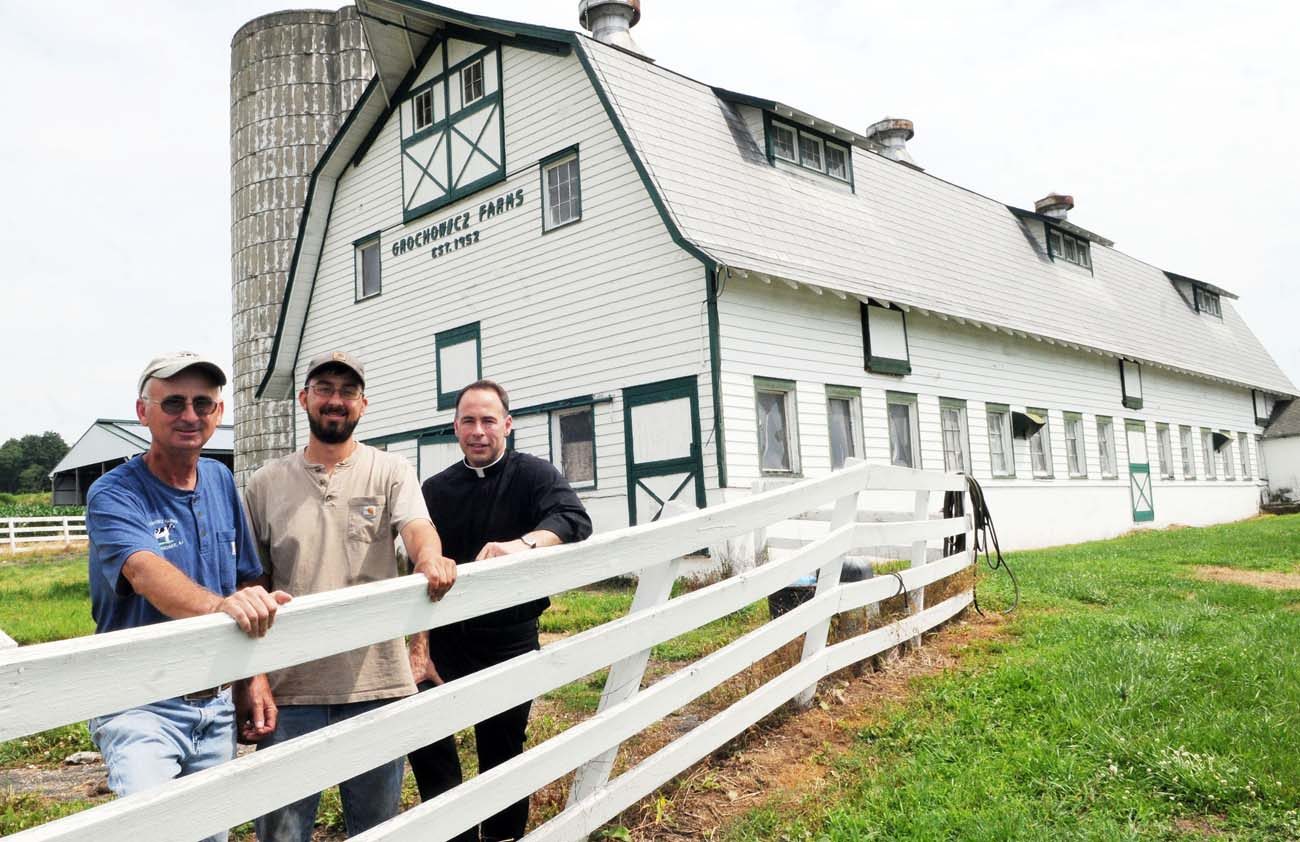 METUCHEN, N.J. (CNS) — As coordinator of the newly created Catholic Rural Life Ministry in the Diocese of Metuchen, Father Michael C. Saharic will show that the Catholic Church cares for and wants to meet the needs of those who work in the farming and agricultural industries in the diocese.

“Through his pastoral visits to our parishes, particularly in the western counties, Bishop (James F.) Checchio has seen the need to address and strengthen the faith and the physical needs of our brothers and sisters who have a vocation to the care of God’s creation through farming,” said Father Saharic, who is pastor of St. Ann Parish in Hampton.

“My job is to find out what the members of the agricultural and farming communities in our diocese may need and to support them,” he told The Catholic Spirit, Metuchen’s diocesan newspaper.

When he was first appointed in January by Bishop Checchio to lead this new ministry, Father Saharic said he suddenly realized he did indeed have several families in his parish who made their living by farming — a fact he had not previously considered.

“We need to realize that there are farmers who till the earth and raise animals for consumption,” he said. “Our food just doesn’t magically appear in the Shop Rite or Wegmans. We have become disconnected as a society.”

Tom Grochowicz and his family have been farmers in Hunterdon County since 1952. Originally a dairy farm, the family now operates a grain and beef farm and is involved in agritourism. “As the economy changed, we had to change our focus,” said Grochowicz.

Grochowicz’s farm is located just down the road from St. Ann Parish.

“I was baptized there, received my first holy Communion there, and was married there,” said Grochowicz. His daughter was married there last year. “In fact, my parents are buried at the cemetery, and they wanted a plot with a view so they could see the farm.

“We have always been available for the community,” he added. “Father Michael has my cell number. If the local fire department needs our light towers for a fundraiser, we loan them out no charge. There is a big camaraderie with all the locals here.”

It is exactly that type of social fabric that Catholic Rural Life is trying to preserve. Founded in 1923, the national Catholic nonprofit organization works to apply “the teachings of Jesus Christ for the social, economic, and spiritual development of rural America,” according to its website.

“They work with the earth and livestock and other living creatures and with our Creator in a way that is different from other occupations,” he said. “To till and to tend is an ancient call that goes back to Genesis.”

As a first step in his new role, Father Saharic has organized a Catholic Rural Life Mass to be celebrated by Bishop Checchio Aug. 27 at St. Ann Church.

Father Saharic said this new ministry is intended not only to aid those engaged in agriculture in our rural areas, but also to educate the faithful of the diocese “to understand the unique role those engaged in farming have in cooperating with God as they bring forth the fruits of the earth for our benefit and nourishment.”

Ennis said he hopes that local ministries, such as the one Father Saharic is leading in the Diocese of Metuchen, will “inspire others and show that the Catholic Church affirms and supports farmers and those who live in rural communities.”

Pope Francis’ 2015 encyclical, “Laudato Si’, on Care for Our Common Home,” provides many guidelines, according to Father Saharic. “We are stewards of creation,” he said. “Our Holy Father and his respect for the environment fits into this new ministry.”

In addition to local farmers, Father Saharic said, he also plans to reach out to other people involved in agribusiness such as owners of greenhouses, tree nurseries, and landscapers.

“It is exciting in the sense that it is a new ministry to be explored,” he said. “I hope to even bring the vocation of the farmer to places like Perth Amboy through community gardens and religious education.”

In the more rural parts of the diocese, Father Saharic said he believes it is easier to be more in touch with seasons and our connection to the land.

“In the spring, you smell the fertilizer in the air or you see a tractor in the field and a farmer plowing,” he said. “Our daily lives are still more connected to the seasons — we are surrounded by it.

“Sometimes you can see for miles, then it slowly becomes green, and then your view is completely blocked by rows and rows of corn. You can’t help it — if you get behind a slow-moving tractor hauling a load of hay — you are reminded of the farmer. That would not be an everyday occurrence on Route 1 in Edison.”

Liston is a correspondent for The Catholic Spirit, newspaper of the Diocese of Metuchen.

PREVIOUS: Chicago cardinal thanks Texas parish for ‘welcoming the stranger’

NEXT: Bishop DiLorenzo dies; headed Diocese of Richmond since 2004