Mariachi musicians know where credit goes for their talent: to God 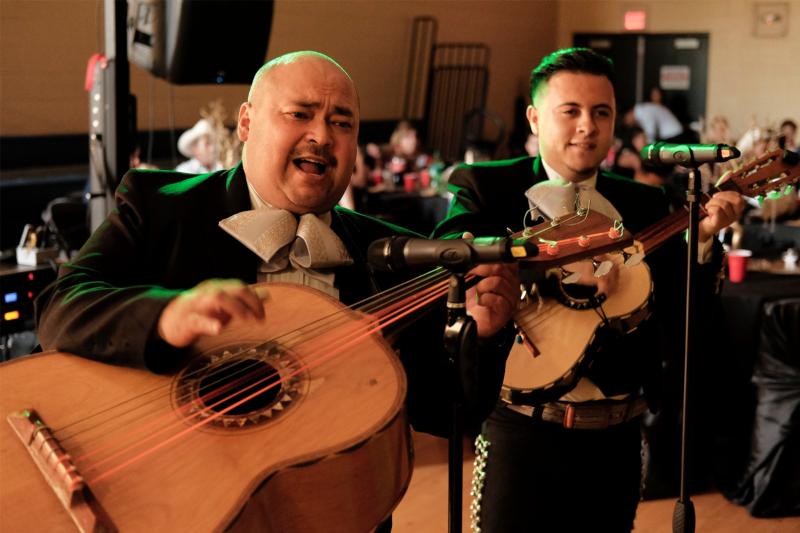 SIOUX CITY, Iowa (CNS) — Miguel Grima and his nephew Jonathan Grima may be accomplished musicians in an area mariachi band, but both know where the credit goes for their talent.

“Every night, I pray and thank God for my music,” Jonathan stressed, during a break while performing at at a wedding reception.

Miguel expressed much the same sentiments in Spanish, as his wife, Sophia Grima, translated.

“When I sing at Mass, that’s when I raise my voice in song and give my thanks to God for the gifts he has given me,” Miguel said. Both Jonathan and Miguel attend Cathedral of the Epiphany in Sioux City.

Jonathan plays the violin for Mariachi Nuevo Guachinango, Miguel’s Sioux City-based mariachi band that was formed about 30 years ago in the Mexican state of Jalisco.

“My father was the one who started the business,” Miguel explained in a recent interview with The Catholic Globe, newspaper of the Diocese of Sioux City. “I started playing in the band with my brothers at the age of 8.”

Miguel moved from Mexico to Storm Lake and then to Sioux City about a dozen years ago.

“My friends, my family, my brothers were here,” he explained of the relocation.

At the wedding reception July 15, Miguel was strumming the “guitarro,” a large acoustic bass and vocalizing on songs.

“I also learned the ‘vihuela’ (a high-pitched string guitar),” he said. “All of us were expected to take turns singing during an event.”

A mariachi band is found at almost every occasion that needs some music, Miguel pointed out.

“We’ve performed at birthday parties, anniversaries, fiestas, weddings, ‘quinceaneras’ (the celebration of a Latino girl turning 15) and funerals,” he said.

Miguel hesitated to list the repertoire for Mariachi Nuevo Guachinango.

“It’s impossible to say,” he said. “We play for so many different events, we have to prepare a number of songs.”

Most popular among the Hispanic population, Miguel noted, are “Cielito Lindo” (“Sweet One”), a popular Mexican song first published in 1882 and “Guadalajara,” in homage to the city in Jalisco which has been crowned the “capital of mariachi.”

“American clients ask for ‘La Cucaracha’ (‘The Cockroach’),” he said, as well as “Guantanamara,” which is actually a Cuban song popularized by an American vocal group, The Sandpipers, in 1966, and “La Bamba,” a traditional Mexican folk song which was made famous by Ritchie Valens in 1958.

Mariachi bands can be as small as four and as large as eight, Miguel pointed out.

“It depends on the event and who can play,” he said. “I spend at least two hours every day practicing my music, so I can be ready to perform.”

According to the Puro Mariachi website, mariachi music surfaced after the arrival of Spanish explorer Hernan Cortes, who defeated the Aztec empire and claimed Mexico for Spain in the early 1500s. In its current form, mariachi music began in the 19th century in the Mexican state of Jalisco.

Musicologists believe the word “mariachi” has Mexican roots. One theory is that it comes from the name of the wood used to make the platform on which the performers danced to the music of the village musicians. Today, most people define “mariachi” as the unique blend of sound between violins, trumpets and guitars.

Mariachi Vargas de Tecalitlan, founded by Gaspar Vargas, introduced the world to the folk music in the last century. Silvestre Vargas, who took over from his father in 1928, began embracing recordings, radio and film, to further popularize the music. The arrangements of Mariachi Vargas have become the definitive statements of what mariachi music is.

By the 1930s, mariachi musicians had begun wearing the same “traje de charro,” consisting of a waist-length jacket and tightly fitted wool pants which open slightly at the ankle to fit over a short riding boot. Both pants and jacket are often ornamented with embroidery, intricately cut leather designs, or silver buttons in a variety of shapes. 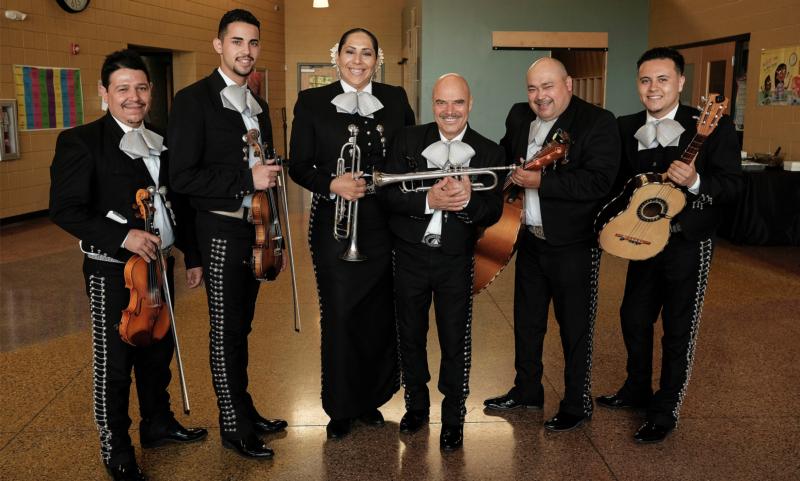