In Sudan’s Nuba Mountains, no food left, and children are dying 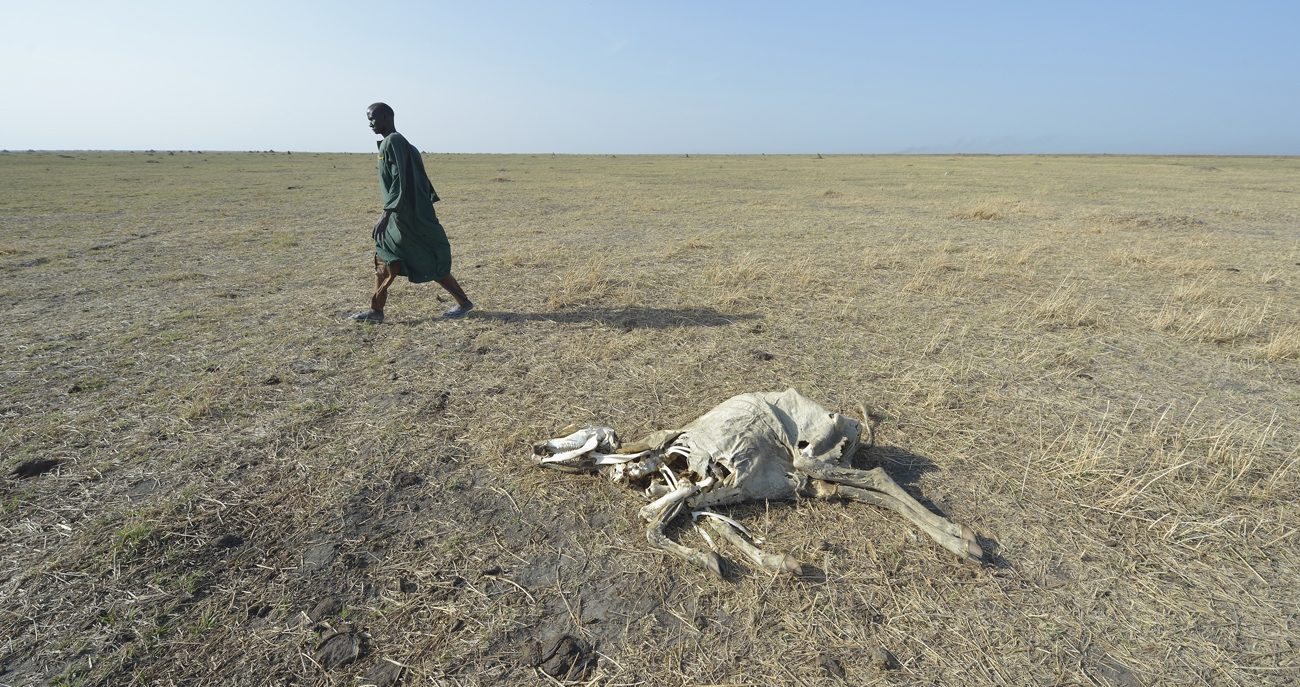 A man walks by a dead cow in Dong Boma, South Sudan, April 12. Up to 20 million people in South Sudan, Yemen, Somalia and northeast Nigeria face the prospect of famine this year. (CNS photo/Paul Jeffrey)

When people talk about potential famine, they mention South Sudan. But about 1 million people who live just over the border, in Sudan’s Nuba Mountains, also face a food emergency.

“I call it famine,” said Bishop Macram Max Gassis, retired bishop of El Obeid, Sudan. The “hunger the people are experiencing” in the Nuba Mountains is “not totally due to the cruelty of nature but, unfortunately, is man-made.”

A survey in the diocese’s area of operation, published in June, found that 74 percent of respondents had no food in their homes and 55 percent had, in the previous 30 days, at least one member of the household go a whole day and night without eating at least once.

South Sudan won its independence from Sudan in 2011, and Nuba was a disputed region that remained in Sudan, despite its people’s affiliations with the South.

Today, people in Sudan’s Nuba Mountains are being bombed by their own government, Bishop Gassis told Catholic News Service.

The Diocese of El Obeid issued a statement in early August stating that Nuba communities “are surrounded by battle lines, effectively isolated.” It said delivery of basic services by the Sudanese government and international humanitarian organizations stopped in mid-2011.

The diocese “is one of a handful of humanitarian actors delivering critical and life-saving assistance in the area under extremely difficult conditions characterized by high levels of insecurity,” its statement said.

The suffering “is evident in the vast number” of people needing food aid and is worse than any previous suffering in the memory of any diocesan staff member, the statement said.

“Here, I have shed tears watching emaciated women with babies on their backs being turned away when they get to the front of the long line because there is nothing left for them,” Oliver Waindi, executive director of the Bishop Gassis Relief and Rescue Foundation, told CNS. “The suffering is as I imagine hell to be.”

“There are a lot of children dying here,” Waindi said, noting that before the changed weather patterns of the past two years, “people had very little to eat, but now they have nothing at all.”

Bishop Gassis said last year, the rainy season was poor, and this year floods have ruined what little people were able to plant.

“To give you a picture of how bad things are,” residents of the Nuba Mountains are walking for weeks to seek refuge in South Sudan, Waindi said.

“They do that because, in South Sudan, when their turn comes to get a simple bowl of grain, they are more likely to get it,” he said.

NEXT: Where to give: How you can help starving people most in need