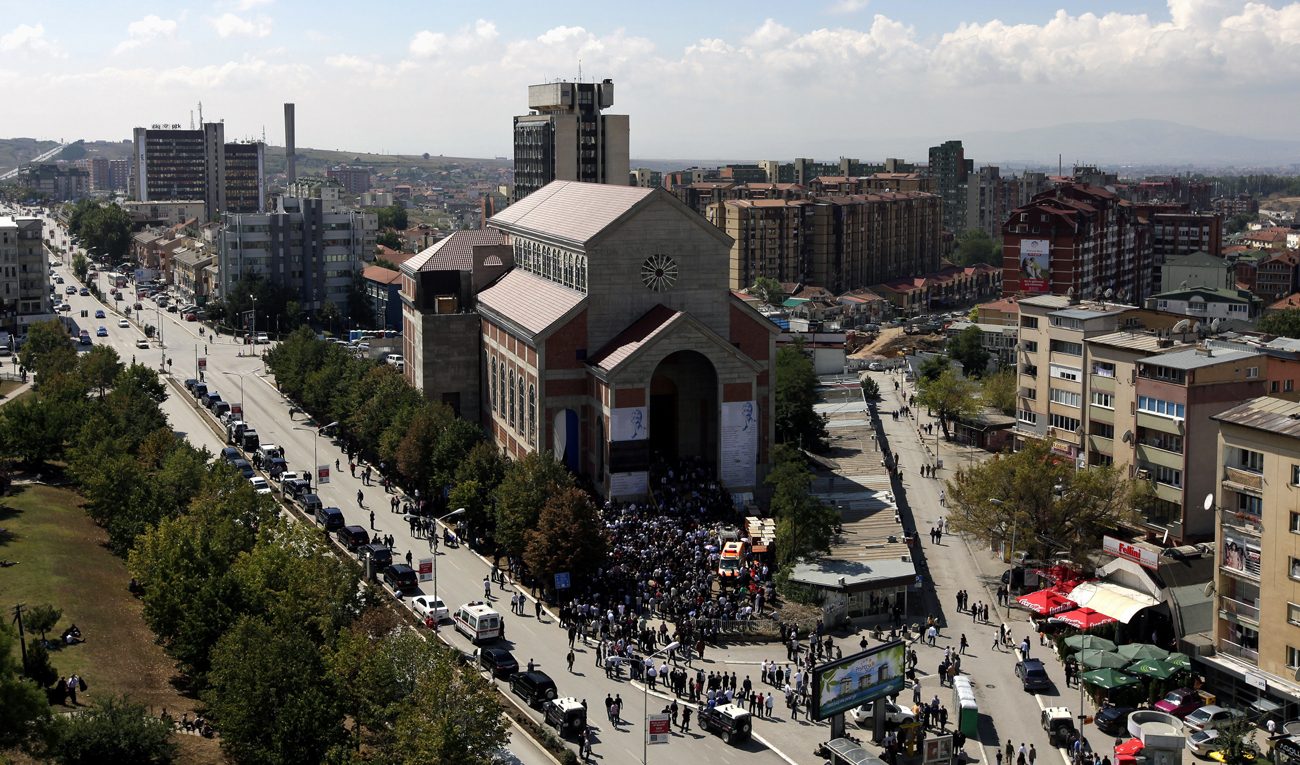 A view of the Cathedral of St. Teresa of Kolkata is seen in Pristina, Kosovo, in this 2010 file photo. The dedication is scheduled for Sept. 5, the 20th anniversary of her death. (CNS photo/Valdrin Xhemaj, EPA)

WARSAW, Poland (CNS) — A cathedral named for St. Teresa of Kolkata is scheduled to be dedicated in Kosovo on the 20th anniversary of her death.

The cathedral will be dedicated Sept. 5 in Pristina. Albanian-born Cardinal Ernest Simoni will represent Pope Francis at the dedication. Celebrations of the neo-classical cathedral, on Pristina’s Bill Clinton Boulevard, will begin Aug. 26, the saint’s birthday.

“This will be a great event for our church and all people, whatever their faith and background,” said Msgr. Shan Zefi, chancellor of Kosovo’s Prizren-based Catholic apostolic administration.

“Mother Teresa was a unifying figure, who worked among Christians and Muslims and was admired by everyone. A cathedral in her honor is a great gift for this country.”

He told Catholic News Service Aug. 16 that Catholics were grateful to Kosovo’s government for backing the cathedral; its foundation stone was laid in 2005 by the late President Ibrahim Rugova, a Muslim.

“Bishops will come from throughout the region, as well as Muslim and Orthodox leaders, in a sign of majority approval,” Msgr. Zefi said.

“St. Teresa’s sisters have worked for many years here and enjoyed strong support, especially at a time of unemployment and hardship.”

Mostly ethnic Albanian Muslims make up at least 90 percent of the 2.1 million inhabitants of Kosovo, whose 2008 independence from Serbia has been recognized by 111 of the United Nations’ 193 member-states, but not by the Vatican.

The Catholic apostolic administration, founded in 2000 with 24 parishes, officially accounts for 3.5 percent of the population, although church leaders put numbers higher.

The cathedral was daubed in Islamist graffiti at its September 2010 opening. However, in his interview, Msgr. Zefi insisted opposition had come “only from a few individuals.”

“Our church’s ties with Kosovo’s Islamic community are developing toward ever greater dialogue and tolerance,” he said.

Once fully completed, the building will have two 230-foot bell towers, making it one of the city’s largest, as well as a stained-glass window depicting St. Teresa with St. John Paul II, and will become the seat of a full Catholic diocese, relocated from Prizren.

PREVIOUS: Blessed Oscar Romero could be declared a saint next year

NEXT: World governments and CRS combat threat of famine in Africa, Yemen