Pope prays for Christian victims of violent attacks in Africa 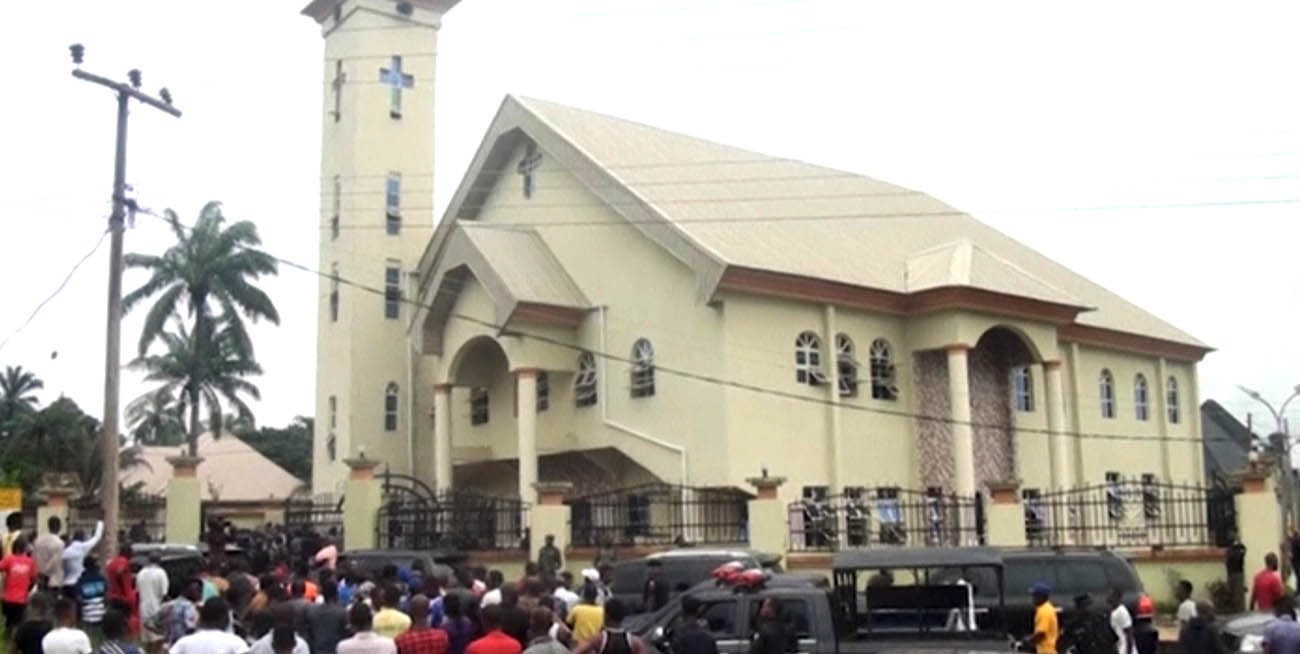 The pope led pilgrims in praying a Hail Mary for the victims of a deadly shooting Aug. 6 at St. Philip’s Catholic Church in Ozubulu, located in Nigeria’s southern state of Anambra. He also prayed for Christians killed following an attack at a mission in Gambo, Central African Republic.

“I hope that all forms of hatred and violence cease and that such shameful crimes are no longer committed in places of worship where the faithful gather to pray,” the pope told pilgrims Aug. 9 before concluding his weekly general audience.

The BBC and other news outlets reported Aug. 7 that at least 11 people were killed and as many as 18 others wounded as they attempted to flee the carnage in Ozubulu. While no suspects have been caught, authorities believe the target was a young businessman involved in a drug deal gone wrong.

The situation in the Central African Republic is more widespread, with violent clashes between the mostly Muslim Seleka rebels and the mostly Christian anti-Balaka militia.

In a series of email messages sent to his brother and shown to Catholic News Service Aug. 8, Spanish-born Bishop Juan-Jose Aguirre Munoz of Bangassou, Central African Republic, detailed the horrors that occurred at the Gambo mission, located about 45 miles away.

“Several men and children have been beheaded. Everything is restless here,” the bishop wrote.

“What has happened here in Gambo is very serious and will impact Bangassou,” he added.

Several minutes later, Bishop Aguirre sent a chilling message to his brother: “There are 50 dead in Gambo. The mission has been ransacked.”

The Spanish bishop, who has welcomed 2,000 Muslims at the cathedral in Bangassou to defend them from attacks by anti-Balaka militants, asked his brother to pray for the country.

“We need your prayers; it is the strength that maintains our hope in that this will be resolved,” Bishop Aguirre wrote.

In an interview Aug. 10 with Fides, the news agency of the Congregation for the Evangelization of Peoples, Bishop Aguirre criticized the U.N. peacekeeping force, known as MINUSCA, for immediately opening fire against the anti-Balaka militia “in an exaggerated reaction” and “wildly hitting civilians as well.”

Among the casualties, he said, were a young seminarian and his father who were killed by “stray bullets from MINUSCA mission soldiers.”

“The massacre was committed by the Seleka but was triggered by the disproportionate reaction of the MINUSCA soldiers who, when attacked, react by shooting. They are ‘trigger-happy,'” the bishop told Fides.