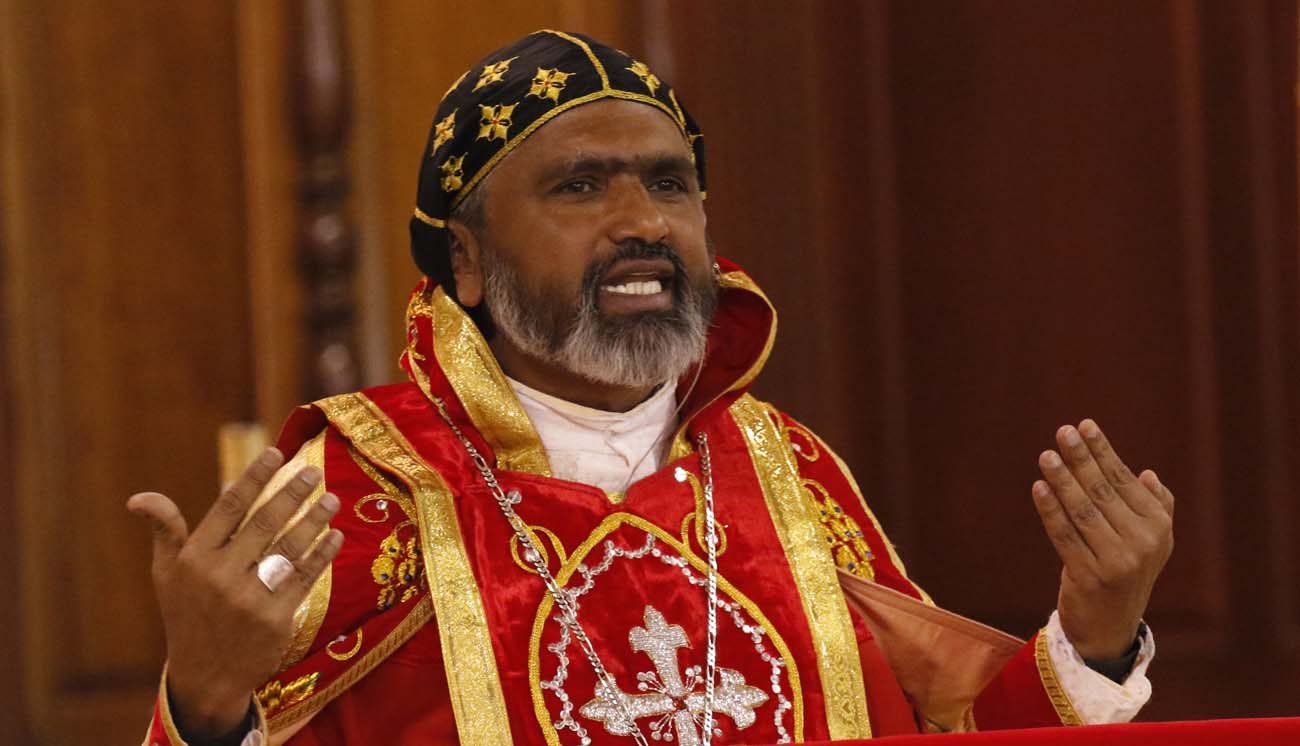 The synod of bishops of the Syro-Malankara Church has erected the Eparchy of Parassala, India, and with the assent of Pope Francis, has elected as the first bishop of the eparchy Bishop Thomas Eusebius Naickamparampil, who is currently serving Syro-Malankara Catholics in the U.S. and Canada. Bishop Naickamparampil is pictured in a 2016 photo. (CNS photo/Gregory A. Shemitz)

WASHINGTON (CNS) — The synod of bishops of the Syro-Malankara Church has erected the Eparchy of Parassala, India, and with the assent of Pope Francis, has elected as the first bishop of the eparchy Bishop Thomas Eusebius Naickamparampil, who is currently serving Syro-Malankara Catholics in the U.S. and Canada.

Bishop Naickamparampil, 56, heads the Syro-Malankara Eparchy of St. Mary Queen of Peace of the U.S. and Canada, which is based in Elmont, New York.

Pope Francis also has given his assent to the nomination of Auxiliary Bishop Philipose Stephanos Thattahil of Tiruvalla, India, who is 65, to succeed Bishop Naickamparampil.

The appointments were announced in Washington Aug. 5 by Msgr. Walter Erbi, charge d’affaires at the apostolic nunciature in the United States.

Bishop Naickamparampil’s enthronement to head the Eparchy of Parassala is scheduled for Sept. 23. In the meantime, he will continue as apostolic administrator of the New York-based eparchy until Bishop Thattahil’s arrival.

In July 2010, Pope Benedict XVI established the Elmont-based eparchy as an exarchate for the Syro-Malankara Catholic Church in the United States. An exarchate — the equivalent of an apostolic vicariate in the Latin church — is created by the Vatican for the pastoral care of Catholics in an area outside the territory of the Eastern Catholic Church to which they belong.

Bishop Naickamparampil was installed to head the exarchate in October 2010. In December 2015, Pope Francis elevated the exarchate to the status of an eparchy and extended its territory to include Canada.

“The priests, religious and the lay faithful with much gratitude and prayers wish His Excellency Mar Eusebius and the new eparchy every blessing of the Divine Shepherd who always watches over his flocks through the successors of the holy apostles,” said a message posted on the eparchy’s website in response to Bishop Naickamparampil’s new appointment.

The bishop was born June 6, 1961, in Mylapra, a village in Pathanamthitta district in the southern Indian state of Kerala. He was ordained a priest of the Archeparchy of Trivandrum, India, Dec. 29, 1986. He has a doctorate in philosophy from the Pontifical Gregorian University in Rome.

Syro-Malankara Catholics began to migrate to the United States in 1984, settling first in the New York area. Today, the church has about 11,500 Catholics in 16 parishes and 15 missions in North America, served by 30 priests and 34 women religious.

In October 2010, when he first arrived in New York to head what was then an exarchate, Bishop Naickamparampil said his duty was to help Syro-Malankara Catholics give Christian witness and enrich the American culture with their ecclesial presence.

He said they should pursue a mission of unity in their families, parishes, churches and “with every element in this beautiful universe.”

Describing the challenges of establishing the church community in a new country, he said: “The values and lifestyle of our first-generation immigrants have to be respected and attended to. At the same time, we have to be deeply aware of the cultural context in which our second- and third-generation faithful are growing up and defining their value system.”

He pledged to cater to the needs of youths, saying the future of the exarchate depends on their involvement.

“It would be a sin to live within narrow ghettoes” in a country that welcomes every culture, every religion, every ideology and every tradition, he said. He urged the congregation to “assume the maximum possible openness to everything that is good around us” and be at the service of all that is “good and human.”

NEXT: Pope expected to visit Myanmar in late November