Grandparents work to pass on the faith to today’s children 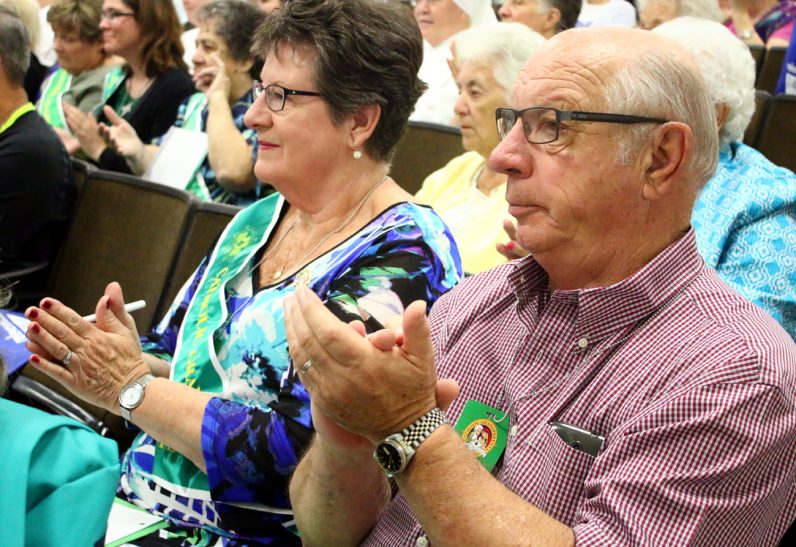 Connie and Eric Bogoros from Holy Rosary Church in Guelph, Ontario, Canada traveled a long way to attend the conference. They first heard of the Catholic Grandparents Association when they attended the World Meeting of Families in Philadelphia in 2015.

Chances are you have probably never heard of the Catholic Grandparents Association. It not only exists, it drew a couple hundred members to a one-day conference at St. Charles Borromeo Seminary on Saturday, Aug. 26.

The founder is Catherine Wiley, born in Ireland, but for many years a resident of Walsingham, a small village in Lancaster, England, which is especially noted as the site of the Shrine of Our Lady of Walsingham, a place of pilgrimage to the Blessed Virgin for almost a thousand years.

Wiley, who was at the conference, explained how it all came about. Seventeen years ago while attending Mass at the shrine she felt an urge to do something special for the Blessed Virgin. An inspiration came to her: why not, she reasoned, do something to honor Mary’s parents, St. Anne and St. Joachim? Our Lady would appreciate that. But of course, Anne and Joachim are also the grandparents of Jesus, the only two he ever had.

Eventually Wiley, who is the grandmother of 10 and well remembers the influence of a beloved grandfather of her own, founded the Catholic Grandparents Association. At first it conducted pilgrimages for grandparents. 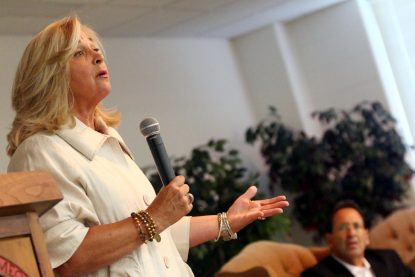 But the mission that emerged was passing along the faith to grandchildren, something especially important in this generation when so many young parents are not practicing the faith themselves.

“My hope is to have a Grandparents Association in every diocese and every parish,” Wiley said. “I think grandparents need it and grandchildren deserve it.”

Keynoters at the conference were EWTN hosts Jim and Joy Pinto, who are Catholic converts and grandparents of 15.

“I don’t want to trouble their waters, I just want to blow wind on their sails,” Joyce said. “When our grandchildren come we take them to church. Be the best influence you can be. God has placed these grandchildren in your life. Make it matter. You want to make Jesus real to them.”

Marilyn Henry, who founded a chapter of Catholic Grandparents in Houston, stumbled upon the group during a visit to England through a brochure at Westminster Cathedral.

“My middle name is Anne, but I never connected St. Anne as a grandmother,” she said. “My greatest hope is that we can make all grandparents aware of the vocation God has given them. I always prayed with my grandchildren, now my prayers are more intentional.” 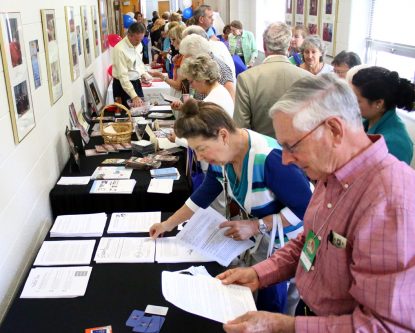 Participants in the conference for Catholic grandparents review materials to help them in their mission to pass on the faith to the next generations. (Sarah Webb)

A prime organizer of Catholic Grandparents in the Philadelphia Archdiocese is Mary Dressler of St. Monica Parish in Berwyn, who credits her pastor, Father Charles Zlock, for his support for the group.

A nurse by profession, Dressler has seen so many ills in society today, and she believes grandparents can make a difference. “We have to step up and teach them what we were taught,” she said.

With all of these grandmothers, it would be remiss not to mention grandfathers. Gary Belanger was one of them and came down from Westfield, Mass.

Through Catholic Grandparents “you learn things you didn’t know,” he said. “I want to pass on as much as I can.” It’s the little things that are often forgotten, he believes. “It’s saying grace at meals,” he said. “It’s genuflecting in church. It’s bowing your head at the name of Jesus.”

The bottom line, it’s passing along the Catholic faith and Christ’s message of love to the generations to come.

If you want to start a Catholic Grandparents chapter go to CatholicGrandparentsAssociation.org or call 888-510-5006. 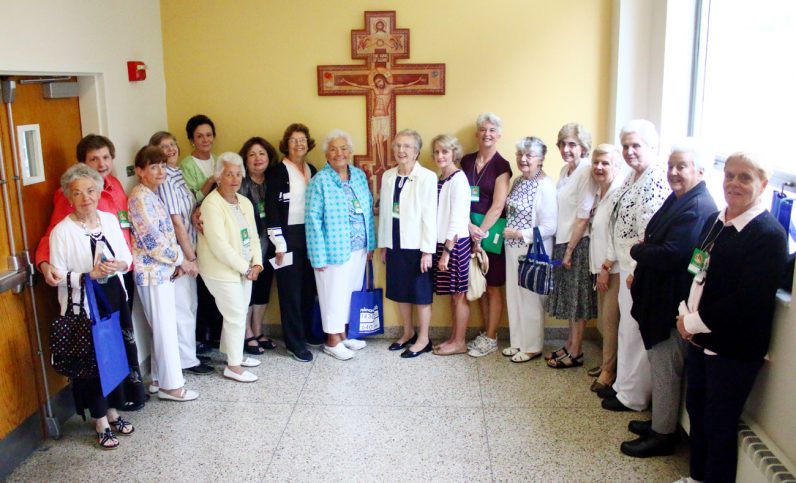 The group from St. Monica Parish in Berwyn was the largest contingent of grandparents from the Archdiocese of Philadelphia. (Sarah Webb)