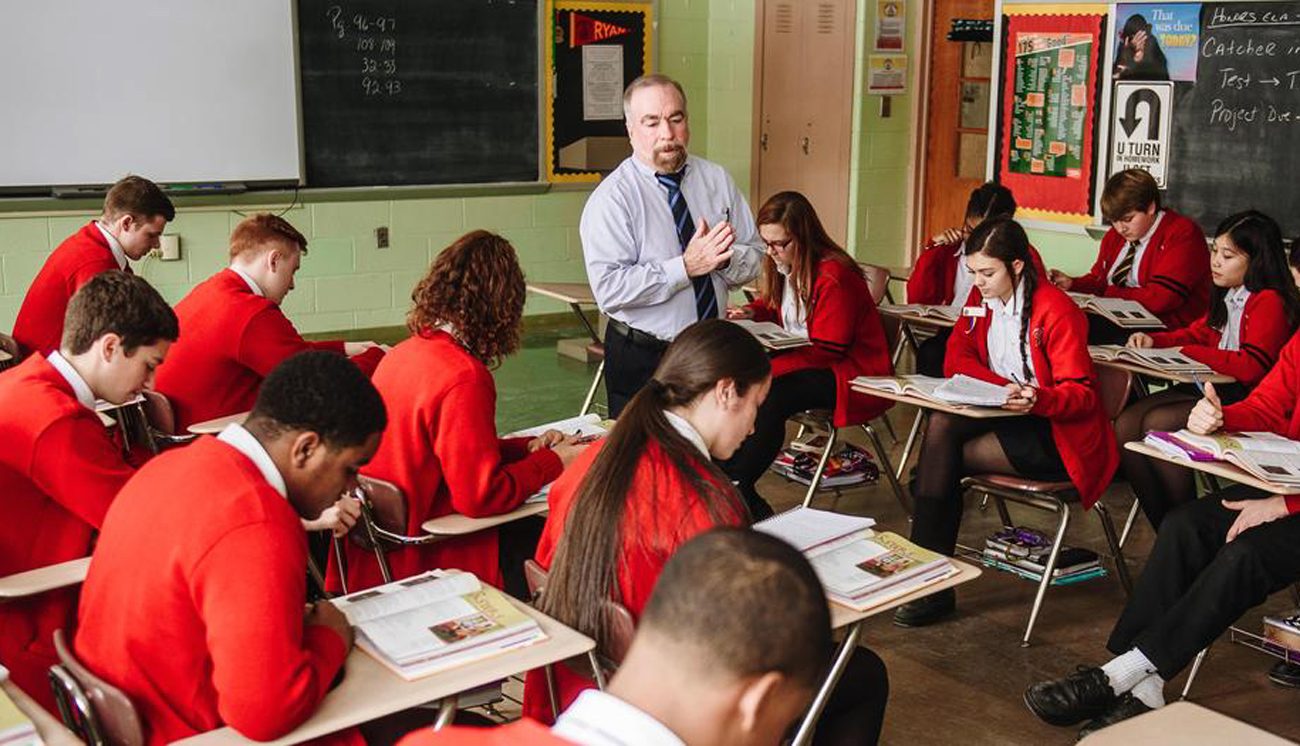 Before archdiocesan high school students headed back to the classroom on Wednesday, Sept. 6, a last-minute contract agreement was agreed upon by the secondary school system of the Archdiocese of Philadelphia and the Association of Catholic Teachers (ACT 1776) on Sept. 5.

The new one-year contract covers the 2017-2018 academic year for the approximately 600 lay teachers in the 17 archdiocesan high schools, in which approximately 13,000 students are currently enrolled.

The contract does not cover the elementary schools of the archdiocese since teachers in those schools are not represented by the association.

“The Office of Catholic Education (OCE) is pleased that the general membership of ACT ratified the contract today,” the archdiocese said in a statement. “It stands as a testimonial to academic excellence as well as the partnership of teachers, administrators, parents and students it seeks to represent. It is the agreement we had hoped to obtain for the current and future benefit of everyone.”

Negotiations began in March 2017 and ended in a marathon session that ran from 10 a.m. on Sept. 4, Labor Day, until 6:30 a.m. on the following morning, according to Rita Schwartz, the president of ACT 1776 and a former St. Hubert High School teacher.

Following the negotiations was a membership vote beginning at 9:30 a.m. at Penns Landing Caterers on South Columbus Blvd. that resulted in a 388-164 approval vote.

“I’m very happy we were able to come to an agreement and our teachers will be able to welcome the students, tomorrow,” Schwartz said on Tuesday.

In fact, she said, most teachers went to their respective schools after the vote to prepare the classrooms for the incoming students.

While a multi-year contract would have been preferable it was not practical because of uncertainties in health care expenses, due to possible changes or cancellation of the Affordable Care Act, according to Schwartz.

As it is, under the new contract the teachers will have no increase in premiums for their health insurance this year.

The archdiocese said salaries and benefits were “not an area of contention” during the negotiations that began in March.

A sampling of other key elements of the new contract for the 2017-2018 academic year, according to the OCE release, are:

“The changes implemented in the new contract are ones that will lead to improvement in student achievement and the quality of academic program offerings,” the OCE release said. “Education in the 21st century is changing at such a rapid pace that it is essential to have the ability to respond efficiently and effectively to the world around us so that our students thrive.”

NEXT: Grays Ferry priest brings power of the sacraments to heal the addicted