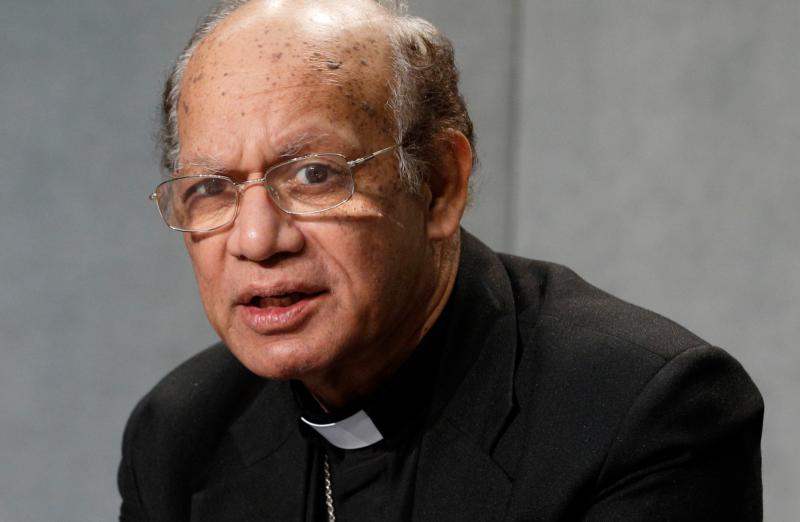 VATICAN CITY (CNS) — The shouts of joy and cries of despair that greeted Pope Francis’ recent changes to canon law regarding liturgical texts appear to be exaggerated.

The changes can be read as part of Pope Francis’ efforts to promote a “healthy decentralization” of church structures, said Indian Cardinal Oswald Gracias of Mumbai. “It makes clear the responsibility of the (bishops’) conferences” in preparing faithful translations. “But this is, more or less, the procedure we have been following.”

“Just a few words have been changed” in canon law, so “we will have to see how it goes in the concrete,” said the cardinal, who is a member of the international Council of Cardinals advising the pope on church governance and is a former member of Vox Clara, the committee that advises the Congregation for Divine Worship and the Sacraments on liturgical translations in English.

The document, “Magnum Principium” (“The Great Principle”), was released by the Vatican Sept. 9. It changes two clauses in canon 838 of the Code of Canon Law: from “reviewing” translations, the Holy See now is asked to “recognize adaptations approved by the episcopal conference”; and bishops’ conferences, rather than being called “to prepare and publish” translations, are now called to prepare them “faithfully” and then to approve and publish them “after the confirmation of the Apostolic See.”

In a note published with the text, Archbishop Arthur Roche, secretary of the worship congregation, said under the new rules, the Vatican’s “confirmatio” of a translation is “ordinarily granted based on trust and confidence” and “supposes a positive evaluation of the faithfulness and congruence of the texts produced with respect to the typical Latin text.”

Reactions varied widely. Steve Skojec, publisher and director of the blog OnePeterFive.com, called it “a ticking time bomb” and said, “When it comes to the liturgy of the universal church, episcopal conferences are quite simply out of their depth.”

Father Michael G. Ryan, the pastor of the cathedral in Seattle, who had led a campaign to delay implementation of the current English translation, asked in America magazine, “Will our bishops respond to this invitation and take a hard look at the woefully inadequate translation we are currently using? We can only hope and pray that their pastoral concern and commitment to liturgical celebrations that are both beautiful and intelligible will prompt them to walk through the door that Pope Francis has opened.”

Neither Cardinal Gracias nor Msgr. Markus Graulich, undersecretary of the Pontifical Council for Legislative Texts, expect a change anytime soon in the English translation of the Mass.

Pope Francis’ document, however, could have a more immediate impact on what German- and French-speaking Catholics hear at Mass. The German bishops shelved their translation in 2013; they will discuss the new document at their general assembly in late September. A new French translation of the Mass already was under discussion by the Vatican and French-speaking bishops’ conferences, but it has not yet been approved by the conferences and formally submitted to the Vatican.

The new document “gives a little endorsement now to (bishops’) conferences and, in that sense, it’s certainly in the direction of what the Holy Father wants: that conferences take more responsibility and healthy decentralization,” Cardinal Gracias told Catholic News Service Sept. 19.

“The word ‘fidelity’ added (to canon law) is from ‘Liturgiam Authenticam,'” he said, referring to the 2001 instruction on translations, which was issued by the worship congregation.The pope’s changes to canon law confirm its teaching, although “minor modifications” are possible now.

“I have a feeling this will open the door” to small national or regional changes, for example in the English text in Africa versus India or North America, the cardinal said. “My personal opinion is that it is very convenient to have one translation for the whole world, but if there are such serious difficulties, I don’t think we should force them” to accept a unified translation. He, like Msgr. Graulich, cited the example of bishops in Africa who said that having the people respond to the priest, “And with your spirit” creates difficulties in societies still influenced by animism or belief in witchcraft.

“The door is slightly ajar now for some variety,” Cardinal Gracias said.

The idea, though, that any English-speaking bishop would propose starting the English translation over again is “absolutely ridiculous,” he said. The current Missal is “a great improvement” over what existed before, and “nobody has an appetite for big changes now.”

But, inserting the Latin word “fideliter” into canon law means the translation has to be done in accordance with “Liturgiam Authenticam,” he said. “You are not free to make a translation that ‘more or less’ reports the text, but you have to do a translation that is as true as possible to the Latin original.”

At the same time, Msgr. Graulich said, the new law encourages collaboration between bishops and the Vatican in judging what constitutes a faithful translation into a specific language.

The German translation that has been stalled since 2013 was “a very literal translation,” he said. “If I as a celebrant don’t understand what I read the first time, how will people in the pews understand it if they only hear it?”

“You have structures of language in Latin — and Italian and Spanish — that we don’t have in German,” he said, referring to grammar and, especially, verb tenses.

The obligation, which Pope Francis formally added to canon law, that translations be “faithful” to the Latin is the responsibility of the bishops’ conference doing the translation, he said, “but then, as the Holy See has to confirm that, it is a second check. It’s more check and balance” than shifting power.