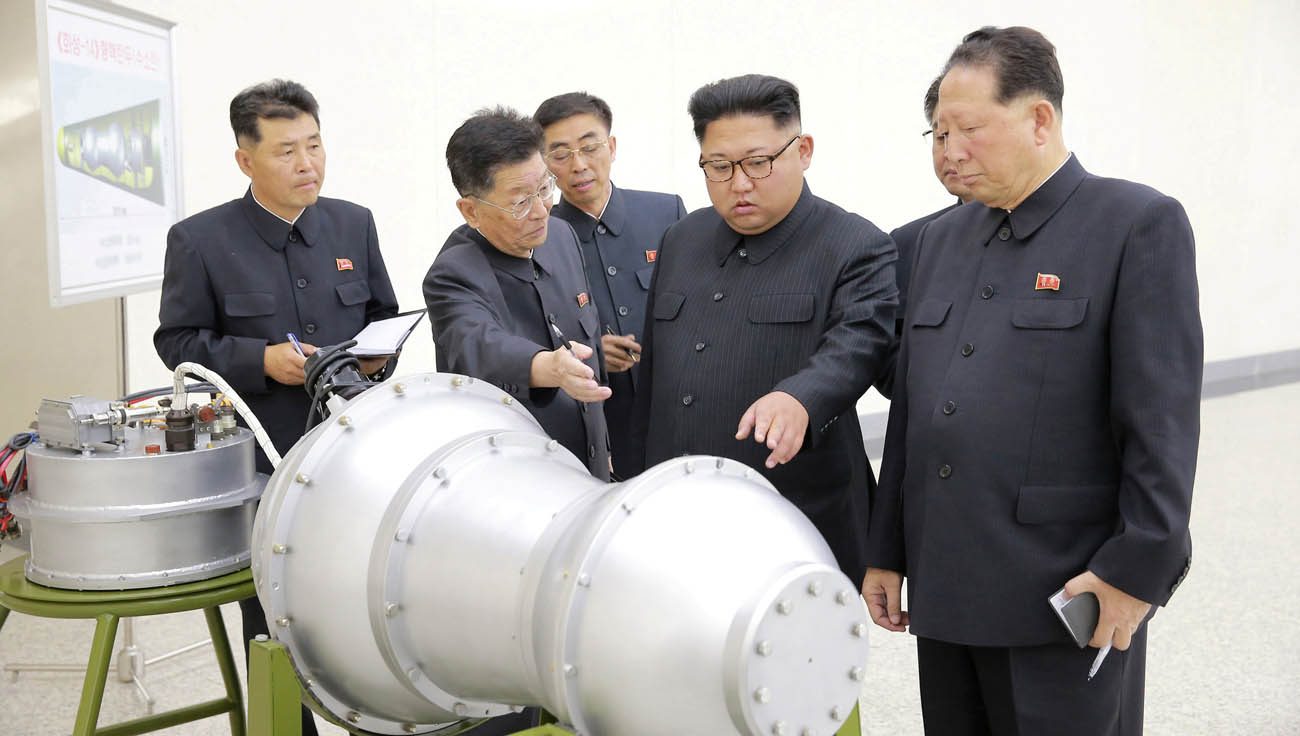 WASHINGTON (CNS) — Continuing education by the Catholic Church about the danger nuclear weapons pose is needed if the goal of total nuclear disarmament is to be achieved, a Vatican official said during a U.S. visit.

Average people, including Catholics in the pew, hold the key to eventual disarmament, said Archbishop Silvano Tomasi, an official in the Vatican’s Dicastery for Promoting Integral Human Development, told a gathering at Georgetown University Sept. 26.

He said it is vital for people to learn about the issues surrounding nuclear weapons and press their governments about the threats to security such armaments pose and how their possession and upkeep redirects billions of dollars in vital funding from vital human needs.

The recently approved the U.N. Treaty on the Prohibition of Nuclear Weapons is a good first step, but much work remains to convince the nine nuclear weapons-possessing nations that disarmament will enhance security rather than endanger it, Archbishop Tomasi said.

Disarmament is key to integral human development, he explained, saying, “We must promote the conditions that allow peace to flourish and disarmament becomes a priority.”

“The treaty is in many ways an attempt to reaffirm, to hold humanity to the highest universal ideals of a world of peace and justice based on law,” he said.

The Vatican ratified and signed the treaty Sept. 21.

Archbishop Paul Gallagher, Vatican foreign minister, told the 10th Conference on Facilitating Entry Into Force of Comprehensive Nuclear-Test-Ban Treaty at the U.N. Sept. 20 that the Catholic Church supports efforts “to move progressively toward a world free of nuclear weapons.”

The treaty was adopted in July when 122 nations voted for it. Netherlands opposed it and Singapore abstained. Other nations, including those which possess nuclear weapons, did not vote.

The treaty will go into force when 50 nations ratify it. A U.N. tally shows 50 nations have signed the treaty and three had ratified it as of Sept. 20.

Archbishop Tomasi called on people to embrace nuclear disarmament in the same way they have taken action to protect the environment, especially since Pope Francis issued his encyclical “Laudato Si’, on Care for Our Common Home” in 2015.

He admitted that with the end of the Cold War in the 1990s and the destruction of thousands of nuclear weapons by the United States and Russia, people feel a reduced sense of urgency about the threat of nuclear war.

“But the risk remains and protection of civilization needs to be promoted,” he said.

The doctrine of nuclear deterrence was accepted by St. John Paul II in the 1970s and 1980s as a step toward disarmament, he explained, but because the nuclear weapons continue to pose great threat to life on earth, the Vatican has abandoned such a stance. It’s time for people to reengage in an ongoing campaign to abolish all nuclear arsenals, he said.

“Yes, at least in my little experience, there’s been a lack of sensitivity to this vital issue,” the archbishop said in response to a question from a listener to the program at the university’s Berkley Center for Religion, Peace and World Affairs. “We’ve moved to the ecological debate. We have prioritized some other very important issues, but we need to include in the overall debate also the question of atomic weapons.”

Afterward, Archbishop Tomasi told Catholic News Service that international consensus among the nine nuclear weapon states and the rest of the world must be achieved to carry out full nuclear disarmament.

“You do it by convincing countries that this (nuclear disarmament) is the best way for their security and … the best use of money, the social security. (It’s) through confidence and trust rather than coming to rely on weapons that somebody made to use in a very destructive way,” Archbishop Tomasi said.

“It’s one little step at a time, we hope. We must live on hope,” he added.

During his presentation, the Vatican diplomat, who is former Vatican observer to the U.N. agencies in Geneva, called on the world to enter into serious negotiations with North Korea to end the buildup of its nuclear weapons program.

The eight other countries owning nuclear weapons — the U.S., Russia, United Kingdom, France, China, Pakistan, India and, it is widely believed, Israel — as well as much of Europe that falls under the nuclear “umbrella” must be involved in discussions to achieve eventual disarmament, he said.

“We must keep the door open and just keep working.”

NEXT: Respect immigrants; they aren’t the enemy, Caritas says