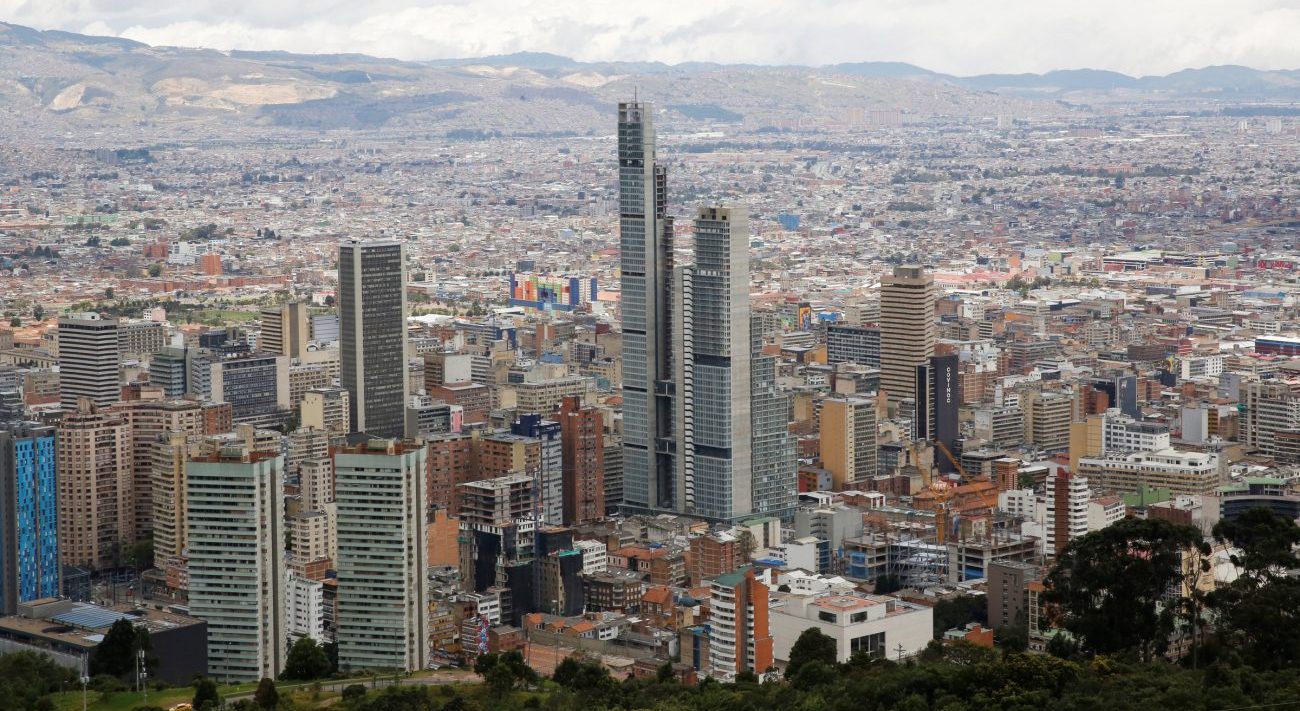 BOGOTA, Colombia (CNS) — Milena Cardenas was 6 years old when rebels of the M-19 guerrilla group seized the Colombian Supreme Court in 1985. The army counterattacked and more than 100 lives were lost, including 12 of the 25 judges. Eleven cafeteria employees also disappeared; Cardenas’ mother was among them.

Cardenas’ family has searched for answers ever since. Her mother’s death or whereabouts was not confirmed until 2015, when the authorities say her remains were found buried in a Bogota cemetery — in the grave of another person. Cardenas expressed skepticism with the finding: She says a video shows her mother being ushered out of the building in 1985 by soldiers.

“It was the modus operandi of the time: Confuse persons’ identities, turn over the wrong remains, take other corpses to common graves,” Cardenas said at the Augustinian-founded St. Thomas Aquinas University in Bogota, where she is taking a Caritas-sponsored course for strengthening civil society groups.

“Since the state manipulates things to cover up its actions, the struggle for truth and justice has to come from the families or the victims themselves,” added Cardenas, part of a collective known as “Costurero de la Memoria.” “They never investigate, they only blame guerrillas, they never admit their part in any matters.”

Pope Francis arrives Sept. 6 in Colombia for a five-day visit, during which he is expected to address issues such as the implementation of the National Peace Accords, the discrimination suffered by marginalized populations and the plight of victims of violence and their families.

The pope will celebrate Mass with 6,000 victims of violence Sept. 8 in Villavicencio, where he is expected to promote reconciliation after five decades of conflict in Colombia, which has left 220,000 dead, according to the government, 7 million displaced people and millions of victims of violence.

Colombia is attempting to reconcile a difficult past of guerrilla movements, paramilitaries and state actors such as soldiers inflicting disappearances, death and the dispossession of lands on large swaths of the population.

Those impacted include leftist and union leaders — who continue being killed — campesinos, indigenous and Afro-Colombians, and cases called “false positives,” in which soldiers executed civilians, who were then presented as guerrillas killed in combat.

Activists such as those in “Costurero de la Memoria” (“Sewing for Memory”) — so named for its members sewing blankets to memorialize victims and attempts at keeping memories of past atrocities alive in a country at times wanting to turn the page — say those seen as problematic for people in power are still targeted, while cases are often not investigated. Members of the collective, meanwhile, say their work can be dangerous, so sewing offers a more-subtle approach to activism.

“I belong to a national oversight committee of victims and social organizations. Even there people are being threatened, because they show that the government is behind all of these deaths,” said Marina Salazar, whose Afro-Colombian family was thrown off its land when she was a child.

Families often form social organizations to protest, push politicians and investigators for action and fight for justice. The results are often discouraging, while the response from the authorities only provokes more pain, because the slayings of activists are often passed off as common crimes, or crimes of passion, activists say.

Colombia passed the Victims and Land Restitution Law in 2011. The law provides victims with financial compensation and returns land to displaced Colombians, among other measures. The peace accord reached last year between the government and the Revolutionary Armed Forces of Colombia guerrillas also calls on the FARC, as they are known, to contribute to reparations, for public apologies to be issued and the establishment of a truth commission.

The FARC is unpopular in Colombia, and people want them to show contrition, “but they were not the only victimizers,” Adam Isacson, senior associate for defense oversight at the Washington Office on Latin America.

“It would be nice if the pope said all victimizers should do the same — paramilitaries and their supporters in the private sector as well as members of the military,” Isacson said.

Victims in Colombia are raising their voices as the reconciliation process proceeds. Members of the collective are completing an 80-hour course sponsored by Caritas on building capacity and strengthening the ability to push for their rights. But convincing the public that victims were not complicit in the crimes committed against them and that the process of victimization is structural remains difficult.

“The population has to wake up a little to the strategy, ‘If you disagree with me, I’ll get rid of you,” said Claudia Chona, a member of the collective. “The state continues saying these are isolated cases. People don’t realize this is structural. A country like this cannot have peace.”

Members of the collective express hopes the pope’s visit will turn attention to their plight, while lending support for the peace accord — which many conservatives, including Catholics, oppose. Most of all they want “justice and truth” rather than an agreement that simply pacifies troubled parts of the country and opens space in politics for those previously excluded.

“(The authorities) want there to be an act of reconciliation,” said Lilia Yaya, whose father, murdered in 1989, was a union leader regional boss with a persecuted left-wing party, the Patriotic Union. “Victims say … ‘We want justice and truth. That the truth of what happened in the county be known.'”

NEXT: New data from Britain: 53 percent of adults say they have ‘no religion’