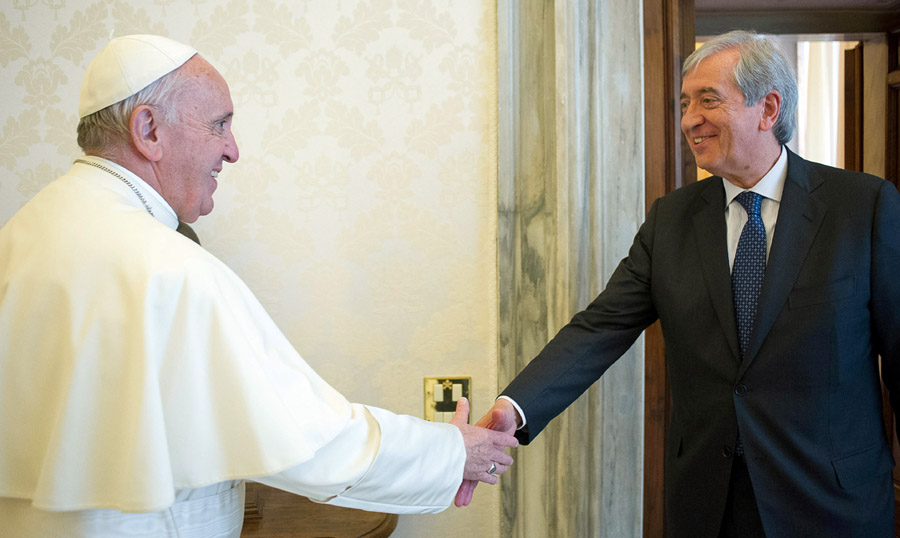 VATICAN CITY (CNS) — The first person to serve as the Vatican’s independent auditor said he was forced to resign after opponents of Pope Francis’ financial reforms mounted a campaign against him.

But the Vatican press office responded Sept. 24, saying Libero Milone, “going outside his competencies, illegally hired an external company to undertake investigative activities about the private lives of representatives of the Holy See.”

“This, besides being a crime, irremediably strained the trust placed in Dr. Milone,” the statement said. It added that the Vatican’s internal investigation of his actions was conducted with care and respect.

Without providing an explanation, the Vatican in June announced that Milone turned in a letter of resignation, which was accepted by Pope Francis. Milone had been in office just two years, although he had a five-year contract.

The position of auditor general was seen as a key component of Pope Francis’ efforts to reform Vatican finances and bring greater transparency in financial dealings. According to statutes issued by Pope Francis, the auditor general has the power to audit the books of any Vatican office and reports directly to the pope.

Milone, 68, an Italian accountant and expert in corporate risk management, was chairman of Deloitte Italy and served three years as a member of the audit committee of the United Nations’ World Food Program.

The Vatican statement Sept. 24 expressed surprise that Milone had gone to the news agency Reuters and other news outlets when, at the time he left the Vatican, he had agreed not to discuss the circumstances of his leaving.

Milone told Reuters his troubles had begun on the morning of Sept. 27, 2015, when he suspected that his office computer had been tampered with. He contacted an external company that had done work for him before to check for surveillance devices “because there are no such specialized people” in the Vatican.

But Archbishop Angelo Becciu, Vatican undersecretary of state, told Reuters there was proof that the outside contractor had been helping Milone to spy on others, “including me.” The archbishop added, “If he had not agreed to resign, we would have prosecuted him.”

NEXT: Trappists’ gift of silence and simplicity are gifts the world needs