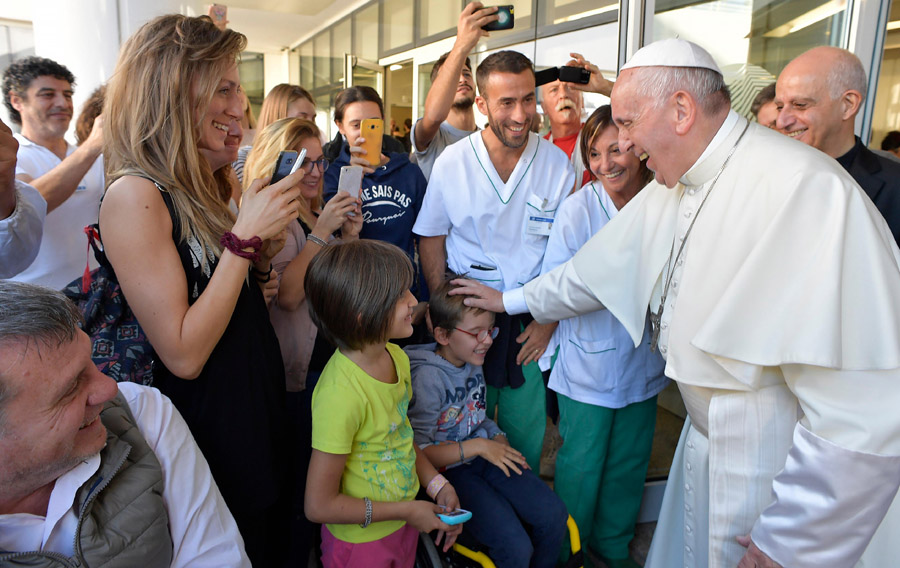 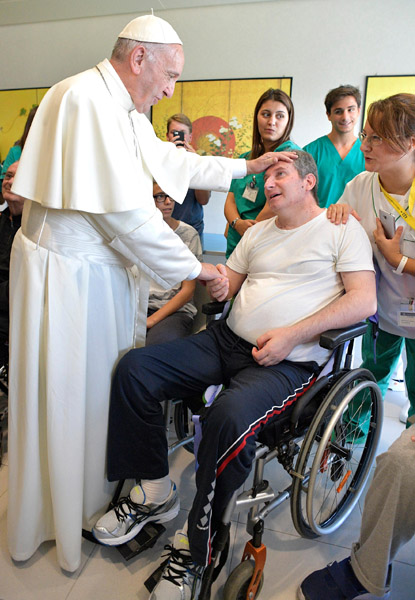 VATICAN CITY (CNS) — Pope Francis, continuing his occasional series of Friday afternoon visits to people who are suffering or in need of encouragement, visited a well-known Rome rehabilitation center for people with neurological disorders or nerve damage.

The Vatican press office said the pope arrived at the Santa Lucia Foundation at 4 p.m. Sept. 22 and “was greeted with joy by the people who found themselves at that moment in the parking lot of the complex of hospital buildings.”

Top staff accompanied Pope Francis to the ward for the rehabilitation of children with neurological diseases. He “joked with them” and offered their parents words of encouragement.

“With great attention,” the Vatican said, the pope watched some of the children doing their exercises. The therapy often is difficult and painful, the press statement said.

Pope Francis also visited a ward of young adults, ages 15 to 25, who are completely or almost completely paralyzed. The Vatican statement said some of the youths lost the use of their arms and legs after being in car accidents.

The pope began the so-called “Mercy Friday” visits in late 2015 during the Year of Mercy. The visits were designed to reflect the spiritual and corporal works of mercy with “those who live in situations of physical and social exclusion.” 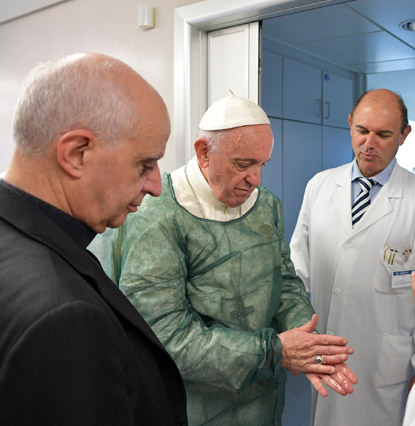 NEXT: Church group accuses pope of ‘heresies’ in papal teaching on marriage