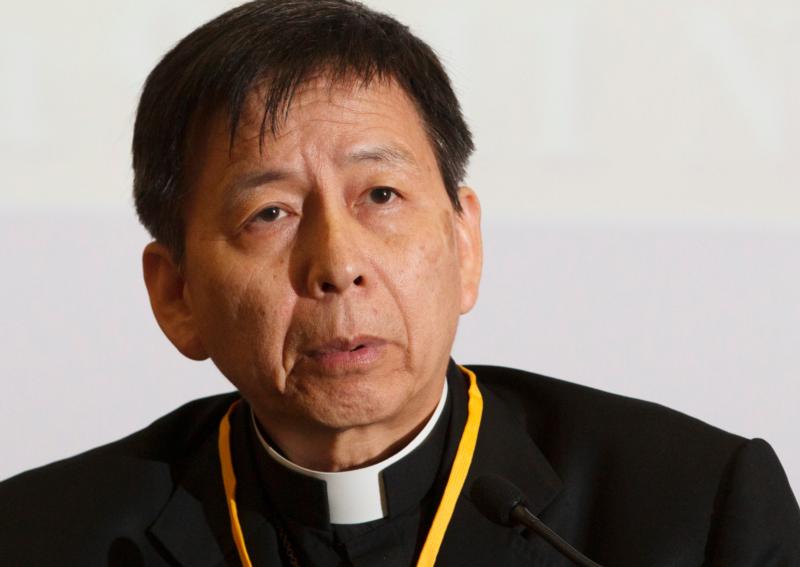 Chinese Archbishop Savio Hon Tai-Fai, who has served as secretary of the Congregation for the Evangelization of Peoples, has been named as the Vatican nuncio to Greece. He is pictured at a conference in Rome in this Nov. 11, 2011, file photo. (CNS photo/Paul Haring)

VATICAN CITY (CNS) — Pope Francis has named Archbishop Savio Hon Tai-Fai to be the new Vatican nuncio to Greece. The archbishop, who was born in Hong Kong, had been secretary of the Congregation for the Evangelization of Peoples since late 2010.

In a short break from his duties at the Vatican, Pope Francis had sent him to Guam from June to October 2016 to serve as apostolic administrator of the Archdiocese of Agana after Archbishop Anthony Apuron was accused of sexual abuse.

Archbishop Hon was the top Chinese official at the Vatican and deeply involved in the ongoing discussions about Vatican-Chinese relations.

Born in Hong Kong Oct. 21, 1950, he went to Salesian schools and entered the order. He was ordained to the priesthood in 1982. He earned a doctorate in theology from the Salesian university in Rome, and held a variety of positions in the Salesian order in Hong Kong. He also taught at Holy Spirit Seminary in Hong Kong and in several seminaries in China.

He was ordained a bishop by Pope Benedict XVI in February 2011.