Catholic Charismatics give a spirited ‘yes’ to the Lord 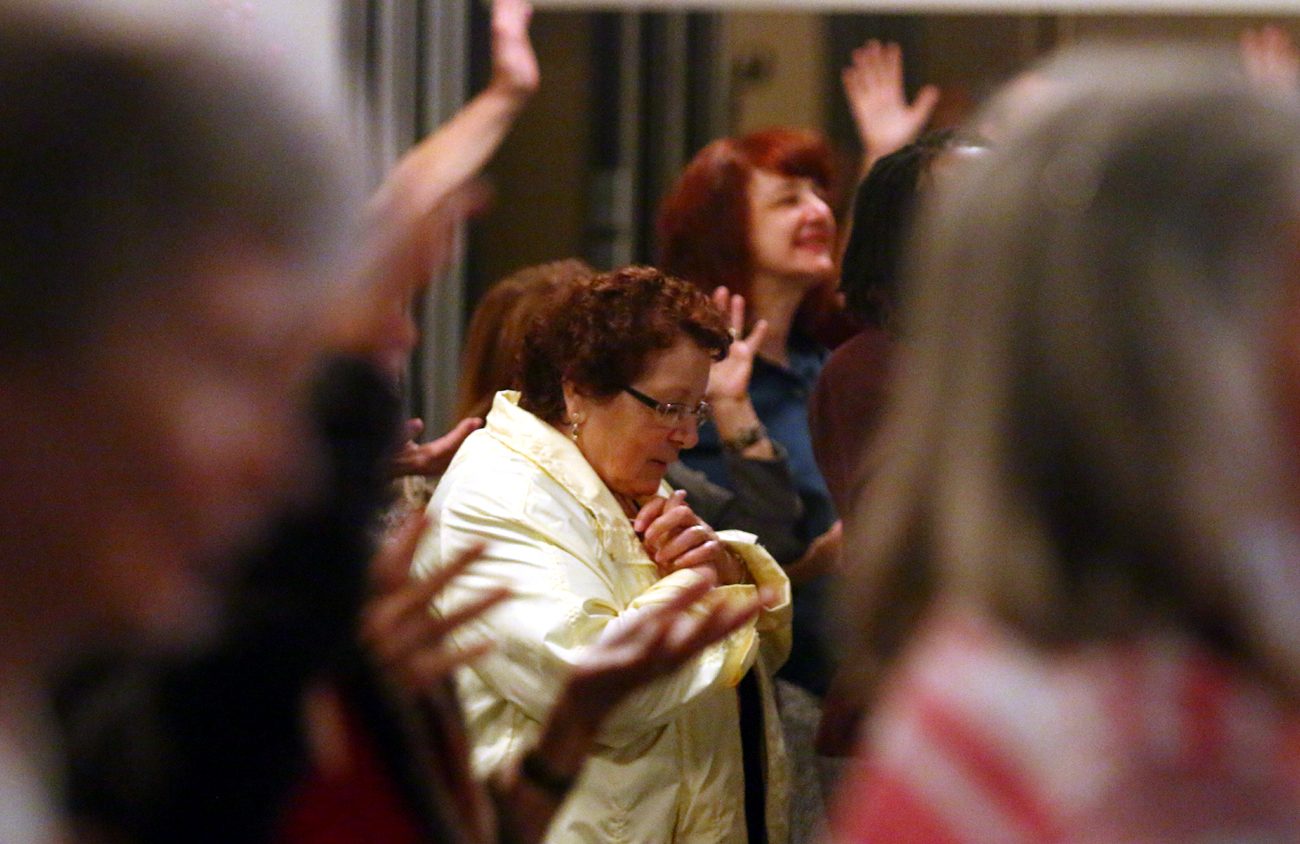 Members of the Catholic Charismatic Renewal in the Philadelphia area celebrated the 50th anniversary of the movement with a three-day conference Oct. 15-17 at the Clarion Hotel in Essington, Delaware County.

(See a photo gallery of scenes from the conference here.)

The Catholic Charismatics, who stress a personal relationship with Jesus and the gifts of the Holy Spirit, trace their beginnings to a retreat in February 1967 at Duquesne University in Pittsburgh, which appropriately enough was founded by the Spiritan (Holy Ghost) Fathers.

“From these college students the whole movement began,” said Gloria Coyne, the archdiocesan liaison to the Catholic Charismatic Renewal.

At this point, Charismatic Renewal leaders estimate the movement has reached 120 million people since its foundation.

Some traditional Catholics might be turned off by the highly emotional exuberance of a Charismatic meeting, which can demonstrate such gifts of the Holy Spirit as prophecy, faith healing and speaking in tongues. Advocates believe this is simply the workings of the Holy Spirit.

As Coyne notes, the Charismatic Renewal, which is now a world-wide movement, has been endorsed by every pope in the past 50 years of its existence. Just this year Pope Francis invited Charismatic Renewal leaders, including Coyne herself, to attend Pentecost Sunday liturgies at the Vatican.

Last weekend’s conference had as its theme, “Jesus Christ is the Same, Yesterday, Today and Forever.” Among other speakers at the Essington conference was David Mangan, who as a Duquesne student attended the 1967 retreat and is now a lay ecclesial minister in the Diocese of Lansing, Michigan.

His first talk, “Like a Mighty Wind,” was a reflection on receiving the gift of the Holy Spirit, and his second topic was “Grace of a Total Surrender.”

Other speakers included: Deacon Larry Oney, a frequent guest on EWTN and other Catholic media, speaking on “Stirring Gifts of the Holy Spirit” and “Becoming Fire;” Tony Mullen, the United States coordinator for the Flame of Love movement, speaking on “The Holy Spirit and Mary;” Walter Matthews, the executive director of the National Service Committee of the Charismatic Renewal of the United States, speaking on “Reflections on the Fruits of the Renewal” and Kathleen McCarthy, president of In His Sign Network (Catholic radio), who also gave witness.

“All of these people at one time gave their ‘Yes’ to the Lord and the Holy Spirit,” said Coyne, who was introduced to the Catholic Charismatic Renewal about 20 years ago.

The closing Mass on Sunday was celebrated by Bishop John J. McIntyre.

For more information on the Catholic Charismatic Renewal in the Philadelphia area visit their website PhillySpirit.com.

NEXT: Retreat expected to draw 6,000 teens to Temple U