Retreat expected to draw 6,000 teens to Temple U 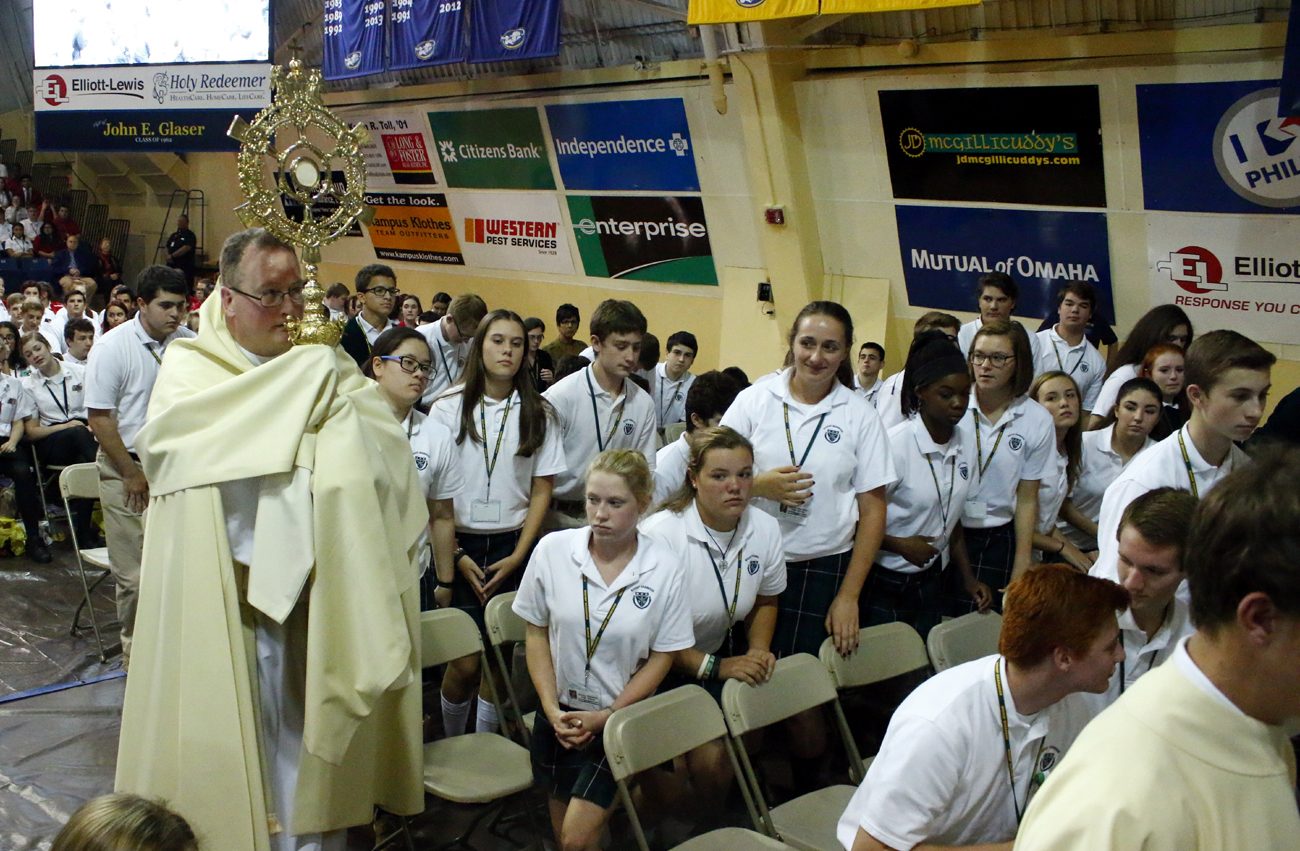 Freshmen and sophomores from all 17 archdiocesan high schools plus Mercy Career and Technical School, La Salle College High School and Villa Joseph Marie High School will descend upon the Liacouras Center on the Temple University campus on Monday, Oct. 30 for a new spiritual program, Metanoia.

If Greek isn’t your thing, that means conversion, looking at yourself and making changes — in essence, a retreat.

The event is made possible by a grant from the Archdiocesan Educational Fund, according to Father Matthew Guckin, director of Catholic Mission and Identity, Secondary and Collegiate Education in the archdiocesan Office for Catechetical Formation.

The idea came about through a workshop two years ago when local religious educators were pondering ways to make their individual retreat days more engaging and meaningful, according to Father Guckin. The thought was more could be accomplished by a larger event bringing in talented presenters from around the country.

Father Guckin was also impressed by a somewhat similar program in the Los Angeles Archdiocese although, Metanoia is unique in itself.

Almost 6,000 students are expected to attend, according to Father Guckin, who explained a pilot program was run last year for sophomores. Because of its success Metanoia has been extended to freshmen this year.

In preparation for the retreat, each religion class in all of the has schools has been collected food that will be given to archdiocesan Nutritional Development Services for distribution in the Philadelphia region.

One of the features will be a Hallway of Champions, with tables representing different aspects of the corporal and spiritual works of mercy, which is really a demonstration of of the breadth of the outreach of the church.

Manning the tables will be representatives of such ministries as Nutritional Development Services, the Little Sisters of the Poor, Catholic Relief Services, the Culture Project, the St. John Neumann Shrine and the Miraculous Medal Shrine.

Among the highlights of the four-hour program will be a  welcome by Archbishop Charles Chaput who will pray with the students, inspirational music by Phoenix-based artist Ike Ndola and his band and an inspirational keynote talk by New Orleans-based Mike Patin.

Father Chris Walsh as the master of ceremonies will keep everything moving.

Two students, one from Lansdale Catholic and another from Monsignor Bonner-Archbishop Prendergast High School, will share their faith testimony on how God has helped them through their own struggles.

Meanwhile, many of the attending students have been preparing for Metanoia by creating videos in their own schools.

Also, each student attending the day will wear a ribbon in one of four colors, each color representing a special cause for prayers, be that Syrian refugees, victims of human trafficking, people starving in Africa, or the work of CRS.

All the ribbons will be fastened to a processional cross, which has been crafted by students at Mercy Career and Technical School for the closing liturgy. The Mass will be celebrated by Father Stephen DeLacy, the archdiocesan director for vocations to diocesan priesthood, who will likely put in a good word for his favorite ministry.

It sounds like a grace-filled day for 6,000 young Catholics.

PREVIOUS: Catholic Charismatics give a spirited ‘yes’ to the Lord