Catholic youth: Thanks for asking our opinion, here’s what we think 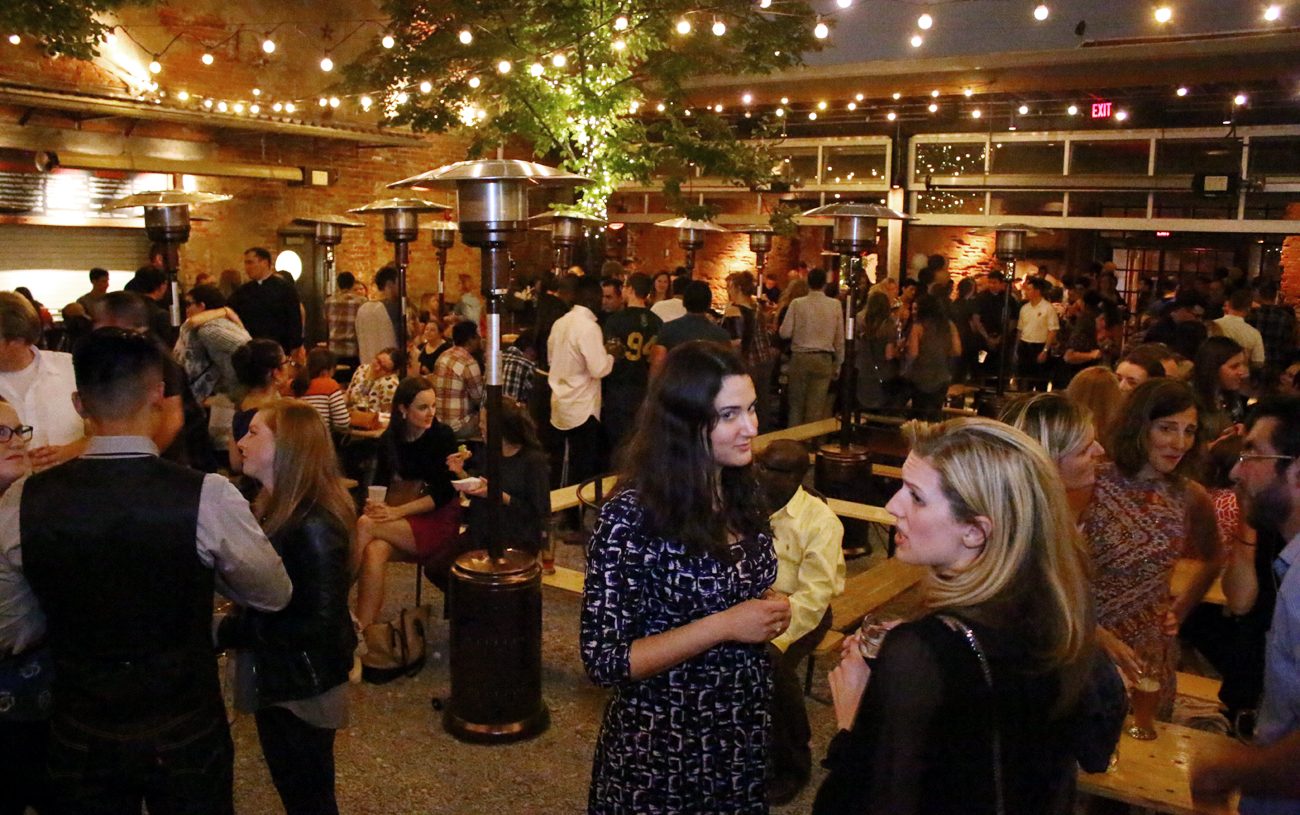 Young adults chat with one another at a party thrown for about 300 of their peers by Anthem, the youth and young adult ministry of the Archdiocese of Philadelphia, in October. A survey of some 900 young adults indicates they highly value efforts to gather people through social events. (Photo by Sarah Webb)

A survey of nearly 900 local Catholic young adults shows they fear for the future, they want to do works of service and they want to gather with other young people in retreats, sports and in the Sunday Mass.

The results of the survey in the Archdiocese of Philadelphia will join with similar surveys from other dioceses in the United States and become part of study materials used in the 2018 Synod of Bishops on youth that Pope Francis called for at the Vatican next fall. 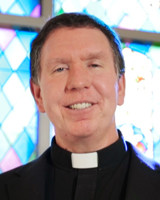 Father Matthew Guckin, of the archdiocesan Office for Catechetical Formation, prepared the survey earlier this year and presented it recently to Archbishop Charles Chaput.

Father Guckin, who has ministered among youths for most of 18 years of priesthood, reached a total of 897 respondents through an online survey tool and many of his personal contacts on Facebook to reach people ages 19 to 29, while teachers surveyed youths 16 to 18.

In addition to young people, adults who work in youth ministry including campus ministers, parish directors of religious education and the archdiocesan youth ministry office Anthem, as well as 111 archdiocesan priests, offered their views of the church’s outreach to youth.

Because the survey did not use random sampling it cannot be considered scientific, but nonetheless, it has “integrity,” according to Father Guckin.

“Nothing shocked me,” he said of the results and comments in the survey, since he has heard many views of the church and the culture by young friends and family members over the years.

Among the eight questions asked of young people that gained the highest response was what they thought was their greatest challenge. Seventy-one percent identified uncertainty about the future, ahead of dysfunctional families (49 percent) and economics (32 percent).

Aligned with their trepidation for the future was a view that although they are looking to the Catholic Church to provide hope in a world often without it (66 percent expressed this view), they observed that the church is too judgmental, and leaders rarely include young voices when planning church programs.

“Those are two distinct questions but clearly we are tapping into fears there, the future and a lack of hope,” Father Guckin said.

In his opinion such a bleak outlook “is the fruit of secularism,” he said. “It’s soulless. By its very nature it is without hope. The antidote to secularism is a reasoned faith.”

Because current culture places such a high value on reason driven by science, “We better bring our ‘A game’ when it comes to intellectual capability and expression,” the priest said. “You can’t just say, ‘God said it so I better believe it.’ Our faith has always treasured reason, and there has always been an intellectual component that’s been very well integrated in our faith, and we need to tap into that.”

The survey also reflected a disconnect by young adults with traditional church teaching on sexual morality. The most frequently expressed comment was that the church should accept homosexuality. The church teaches respect for homosexual persons but rejects sexual acts outside of marriage, which is reserved for one man and one woman.

In sum, young people want the church to be there for them “in good times and bad,” as the survey said, but they do not want to be judged for their past.

On the positive side, 71 percent of respondents said performing community service was the most important opportunity for them. The need to gather with other young people in small groups, retreats and mission trips, as well as sporting events and concerts, was a constant theme in survey comments.

Amplifying that communal instinct was that 71 percent of respondents looked to the Sunday Mass as the best way for young people to take part in the life of the church.

Despite all the changes in society and the many tugs on people’s time and attention, young people “still equate church with Sunday worship,” said Father Guckin. “What Catholic young people are saying is, ‘I want to participate in the Sunday Mass.’ That should be a wake up call for our priests. All the more reason to pay closer attention to the Sunday experience.”

As for how to reach young Catholics in and out of the church, respondents were unanimous that the Catholic Church must make greater use of social media, even more than personal outreach by others.

Father Guckin sees the positive comments and the indications of heavy pressure upon young people by a secular culture often hostile to religion. Some might call him an alarmist, but he sees “the power of the ambient culture” depriving young people of their dignity.

“They become reduced to matter by the surrounding culture and then they believe it themselves,” the priest said. “If I don’t think of my being created in God’s image, or you, that makes it easy to cheapen my dignity, when I’ve been reduced to that.”

But all is not lost for young people, he believes, and the way forward is not to focus on the darkness of the culture but on the light of faith from within the believing community. That places a renewed emphasis on welcoming people, which aligns with the survey respondents’ most stated desire.

“As the culture gets darker and as people wind up getting hurt in life,” Father Guckin said, Christianity becomes “a better way to live. It’s God’s vision, and it works. Christianity only works when you follow Christ from the inside.”

Much as a stained glass window only tells its story from within a church, the faith only “makes sense from the inside. Forgiveness, mercy … you can’t read a book and get that. You have to live that,” the priest said. “You name the virtue — when you live it, you know it works. Why should you believe? Because it works.”