Sisters needed new wheels, so donors stepped up for a van 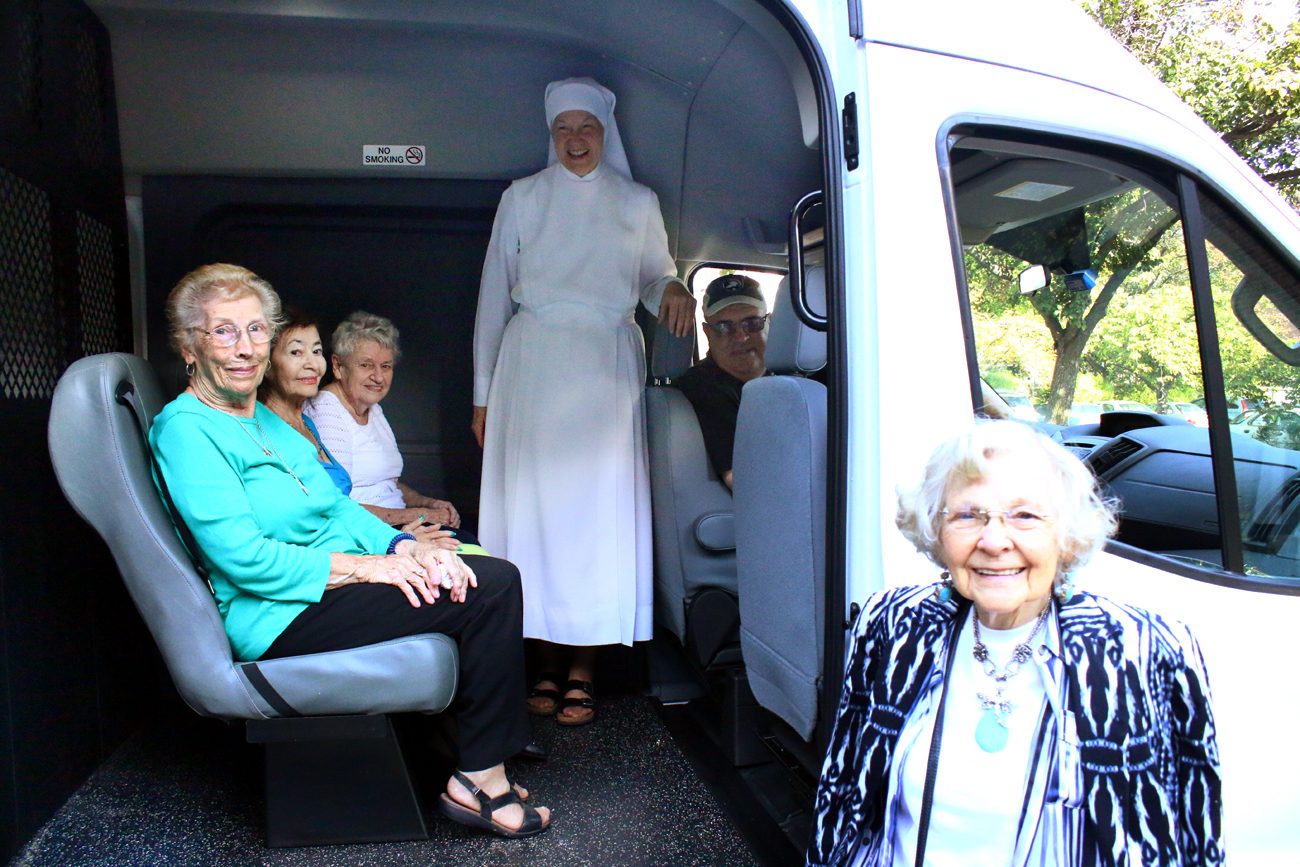 When a brand-new and much-needed Ford cargo van was blessed on Oct. 6 by Father James Sullivan, chaplain of the Little Sisters of the Poor’s Holy Family Home in West Philadelphia, it was the culmination of a long process.

It involved many donors, mostly from Knights of Columbus councils throughout the region.

The project to obtain the van traces back two Decembers ago when the Fourth Degree Knights of Father Tomko Assembly in the Lansdale area held their annual Christmas Party for Nuns. Steve Finley, a member of John E. Doyle Council, happened to strike up a conversation with Sister Veronica Susan of the Little Sisters of the Poor. He was so impressed by what she told him about their work that he gave her his card in case he could be of assistance sometime.

The Little Sisters of the Poor, who sole mission is caring for the poor elderly, have been in Philadelphia since 1869 when a small band arrived from France, where their foundress St. Jeanne Jugan was still alive. The sisters supported their work the way she taught them, by begging.

To a certain extent that is still a major source of support and still needed because more than half of the 96 residents at Holy Family Home aren’t even eligible for Medicare. 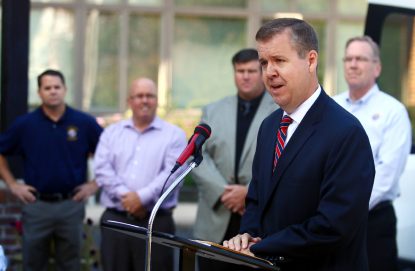 Stephen Finley of the Knights of Columbus led the drive to raise money for a new cargo van for the Little Sisters of the Poor. (Sarah Webb)

“Sometimes if they get sicker they move to another level,” explained Mother Catherine Frain, the superior for the Little Sisters of the Poor at Holy Family Home. Her local community has 12 sisters at this time serving at Holy Family, including four Philadelphians. For herself, Mother Catherine is Irish-born, and still has a hint of the pleasant lilt of her native land.

The Little Sisters are far from dying — six young women are in novitiate at this time. As for the local needs, it’s “prayer and good stuff,” Mother Catherine said.

The “good stuff,” whether it is hospital beds or beans, is the responsibility of Sister Veronica. Her ministry is what in today’s terminology referred to as development director, but she prefers the old fashioned and more direct title. “I’m the chief beggar,” she said.

Part of her work is generating in-kind donations; maybe meat products from Dietz and Watson or Beef International or produce from purveyors at the Food Terminal in South Philadelphia. Merchants are willing to donate, but it is up to Holy Family Home to pick it up.

Because the quantities are usually full pallets it is necessary to have a truck with decent capacity. The cargo van the sisters had was really reaching the end of its time.

“It was sucking us dry in repair bills,” Sister Veronica said.

In mid-2016 she called Steve Finley, and he readily agreed to see what could be done.

He not only raised $5,000 through his own Knights of Columbus council, which serves mostly Corpus Christi and St. Rose of Lima parishes in Lansdale, he contacted many other councils as well as the Fourth Degree Assembly. The response was excellent from about 30 councils, some running fundraisers for the cause.

Coupled too with a few donors on Sister Veronica’s list, more than $45,000 was raised.

McMahon Automotive in Trooper helped to steer through all the needed specifications for the van and seeing it to completion, all free of charge.

No one was happier to see the new van than Doug Bosworth, who has been driving for the sisters for years. “The old one is on its last legs, it has 138,000 miles on it and eight cylinders running on seven,” he said.

Doug, who is 65, has racked up quite a few miles with the sisters himself. “When I was a kid I lived a block away and when it snowed I would come to shovel,” he said. “I like the residents and when they need something I’m that person. I’ve played Santa Claus here at Christmas for years.”

The new van has two rows of seating in addition to the storage space, because Sister Veronica, accompanied by another sister or a resident or two, often comes along with Doug as he visits the donors.

Lily McNulty, a widow who lives in one of the apartments and likes to remain active, sometimes accompanies Sister Veronica.

An immigrant herself, “I had a good life in Ireland and I came here when I was 28,” she said. “My husband was also from Ireland. I love it here and the sisters are so wonderful. We have Mass and rosary every day. I still have a good life and I thank God and his holy Mother.” 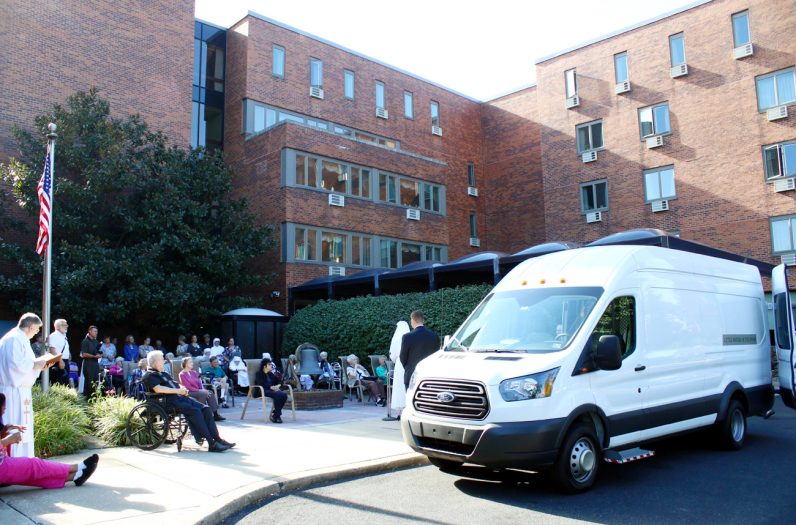 Residents of Holy Family Home in Southwest Philadelphia and guests gather for the blessing of the new van Oct. 6 by the home’s chaplain, Father James Sullivan. (Sarah Webb)

NEXT: Catholic parents turn heartache of addiction into hope for others