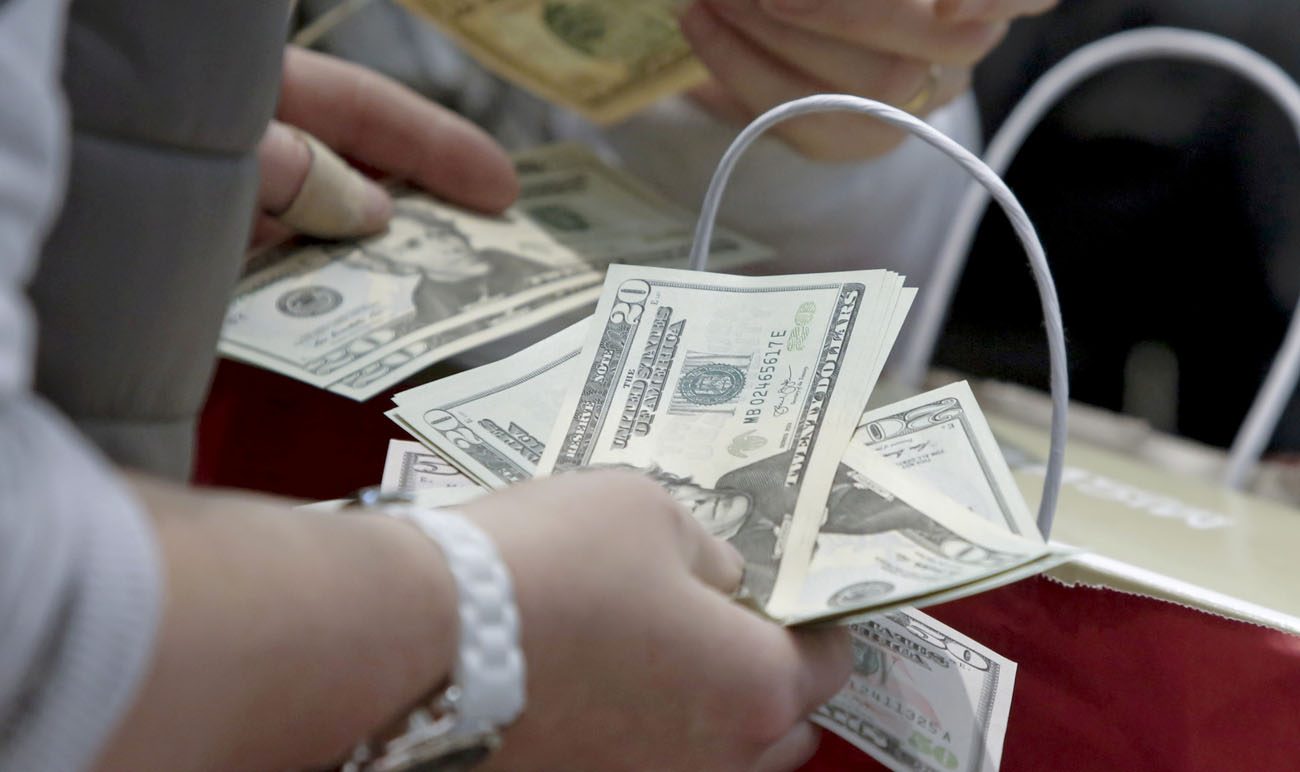 People count money at a store in New York City in this 2015 file photo. As the U.S. bishops' domestic policy committee chairman, Bishop Frank J. Dewane of Venice, Florida, said in an Oct. 25 letter to lawmakers that the needs of poor Americans must remain foremost in any tax code revisions and urged that programs benefiting poor people not be cut to pay for any potential tax cuts. (CNS photo/Andrew Kelly, Reuters)

WASHINGTON (CNS) — The chairman of the U.S. bishops’ Committee on Domestic Justice and Human Development outlined a set of moral principles related to tax policy as Congress prepares to weigh a tax reform package.

Bishop Frank J. Dewane of Venice, Florida, said in an Oct. 25 letter to lawmakers that the needs of poor Americans must remain foremost in any tax code revisions and urged that programs benefiting poor people not be cut to pay for any potential tax cuts.

The principles were offered to assist representatives and senators as they considered the package, which was expected to be released Nov. 1.

The letter offers six principles for consideration and quotes from various church documents, including the bishops’ 1986 pastoral letter on the U.S. economy, “Economic Justice for All,” and St. John XXIII’s 1961 social encyclical, “Mater et Magistra.”

The letter offered guidelines in sections describing the country’s responsibilities to care for the poor and form and strengthen families, develop a progressive tax code, raise adequate revenues for the sake of the common good, avoid cuts to poverty programs to finance any tax cuts and incentivize charitable giving.

Quoting the pastoral letter, Bishop Dewane wrote that “the tax system should be continually evaluated in terms of its impact on the poor.” While tax policy requires “prudent and honest projection,” the letter said the “risks associated with tax policy ought not be borne by the most vulnerable.”

He called on Congress to remember that poor people “should not be burdened with income taxation as they struggle to meet their daily needs, and programs designed to support them and lift them out of poverty must be adequately funded.”

Bishop Dewane also urged that the child tax credit and the Earned Income Tax Credit be maintained and even increased and made refundable so that the poorest families can benefit from them.

The letter supported elimination of the marriage penalty, which requires that some married couples with both partners reporting earnings pay higher taxes than two otherwise identical single people earning the same income. “Removing financial barriers to marriage is essential to family formation and well-being,” the bishop said.

Bishop Dewane endorsed the idea that any revision in the tax code must uphold progressivity in tax rates, in which higher income individuals are taxed at higher rates than low-income people. “These principles are essential for justice and must be key features of any tax reform,” the letter said.

The framework from which the tax package is expected to emerge maintains that such progressivity would remain in place even as the number of tax brackets is reduced from seven to three.

Again citing the 1986 pastoral letter, Bishop Dewane urged Congress to assure that “‘the tax system should raise adequate revenues to pay for the public needs of society, especially to meet the basic needs of the poor.’ In carrying out its responsibilities, ‘government may levy the taxes necessary to meet these responsibilities, and citizens have a moral obligation to pay those taxes.'”

The final section of the letter called on Congress to keep deductions for charitable giving in the tax legislation. He raised a concern, however, that doubling of the standard deduction as proposed in the framework would reduce charitable giving.

“National tax policy is complex and its effects far-reaching. As the country wrestles with how best to raise adequate revenues to serve the common good and provide increased financial stability, you are urged to recognize the critical obligation of creating a just framework aimed at the economic security of all people, especially the least of these,” the letter concluded.

The full text of the letter can be read online at http://bit.ly/2zDIOGE.