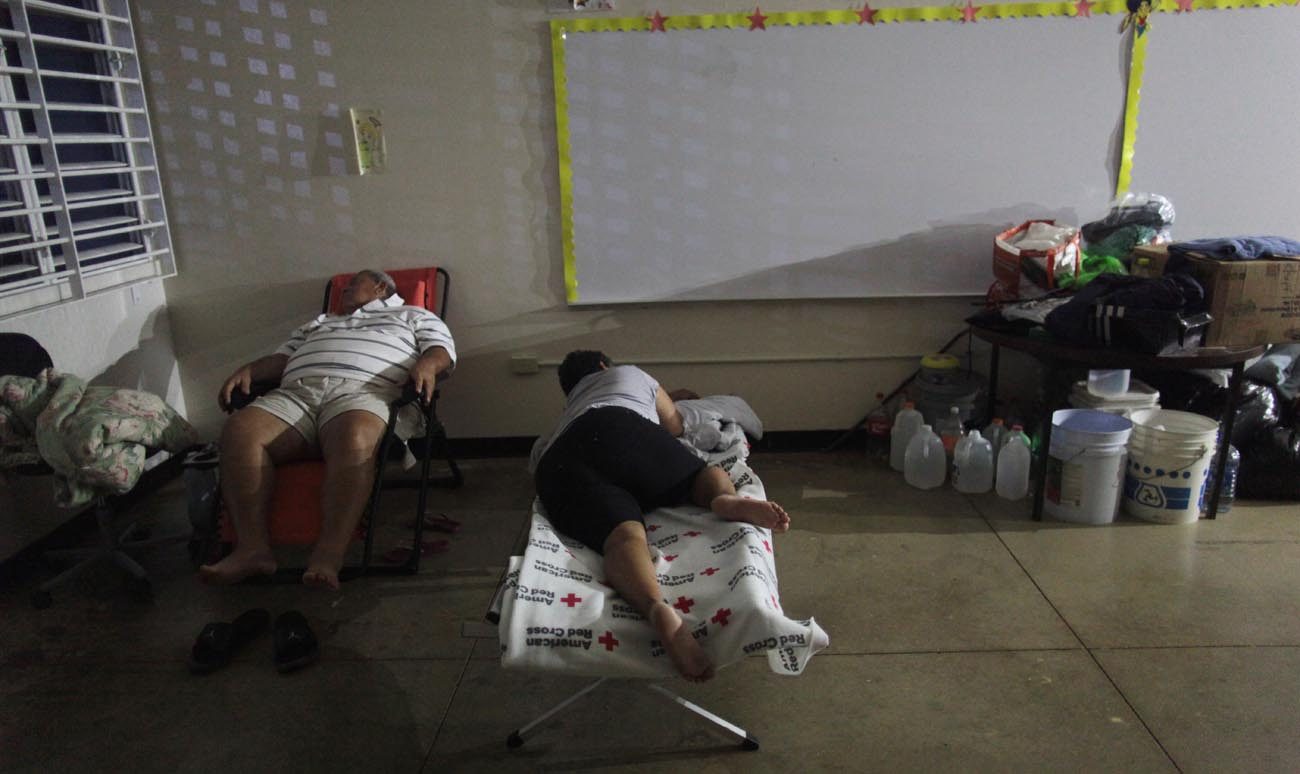 MIAMI (CNS) — Catholic school students in the Archdiocese of San Juan, Puerto Rico, and at least one other diocese on the island have resumed classes with limited water and almost no electricity service after Hurricane Maria devastated the region.

He learned, over the course of dropped phone calls and crackly interference, that none of the archdiocese’s more than 50 elementary and high schools was completely incapacitated by Hurricane Maria. But many of them suffered significant property damage and remained without power. He said archdiocesan schools, with or without electricity, reopened Oct. 16.

The government there has been delivering water to many communities, but power remained a scarcity, Burnford told the Florida Catholic, newspaper of the Archdiocese of Miami.

“It is hard to educate children without electricity, but our Catholic schools are taking care of our people,” he added.

According to the NCEA, there are 109 elementary schools in Puerto Rico serving 30,000 students and 67 high schools serving 13,484 students across the island.

In his phone call with Cortes, Burnford learned that many Catholic school families, faculty and staff in the San Juan suffered considerable or total personal property damage from the hurricane, something he also heard in Texas and Florida following Hurricanes Harvey and Irma.

“One of my concerns is not only for students but for the teachers who may have lost everything but who are committed to this work,” Burnford said.

“It is a testament of their witness of generosity” that those teachers kept working after the storm, he said. “Our big challenge in Puerto Rico is that the (school’s) leadership may have suffered losses of their own.”

Burnford said the NCEA also has wasted no time calling on the federal government to make sure any federal assistance and recovery funds from the Federal Emergency Management Agency, or FEMA, be shared equally among private and public school communities following the 2017 hurricane season.

“Through our advocacy teams and partnerships, we have worked very hard with the U.S. Department of Education to ensure that any response and direct outreach serves all students not just those who attend public schools,” he said.

Catholic school students around the country have been invited to host fundraising events or contribute to the online appeal at http://www.ncea.org/STS.

He said some schools around the country indicated a willingness to assist displaced Puerto Rican families.

Catholic Schools in central Florida, according to the NCEA, also have reached out to relocated families from Puerto Rico to try to find ways to place them in its Catholic schools.

“A number of dioceses including Miami have taken a larger approach to welcoming students and we are seeing local examples of specific schools in New York state and one in Maryland offer to take students who are displaced,” Burnford said.

PREVIOUS: Two Virginia Catholic cemeteries have history on their side

NEXT: Mideast church leaders look to U.S., but want voice in own destiny