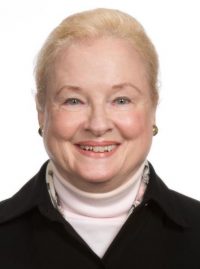 Mary Ann Glendon is pictured in a 2013 photo. (CNS photo/University of Notre Dame)

NOTRE DAME, Ind. (CNS) — Mary Ann Glendon, a Harvard professor of law and former U.S. ambassador, has been named the 2018 recipient of the Evangelium Vitae Medal bestowed by the University of Notre Dame’s Center for Ethics and Culture.

The recipient is announced annually on Respect Life Sunday, which this year was Oct. 1. The award, comprised of a specially commissioned medal and $10,000 prize, will be presented at a Mass and banquet April 28 at Notre Dame.

“Glendon is one of the most extraordinary figures in academia and the global public square,” said O. Carter Snead, director of the Center for Ethics and Culture, adding that she “personifies” what is at “the heart of the Evangelium Vitae Medal.”

“Through her work as a world-class scholar and teacher, a diplomat, a White House bioethics adviser and an official of the Holy See,” he said in a statement, Glendon “has provided a joyful, loving and unwavering witness to the dignity of all persons, born and unborn, as created in the image and likeness of God. She sets the standard for all of us who work to build a culture of life worldwide. There is no one like her.”

Glendon is the Learned Hand professor of law at Harvard Law School and the former U.S. ambassador to the Vatican. She is a commissioner of the U.S. Commission on International Religious Freedom and a member of the board of supervisors for the Vatican’s Institute of Religious Works.

She served two terms on the U.S. President’s Council on Bioethics and is a former president of the Pontifical Academy of Social Sciences. She has represented the Holy See at various conferences, including the 1995 U.N. women’s conference in Beijing where she led a Vatican delegation that advocated for the dignity of women and children in the face of international pressure to expand abortion access.

“Mary Ann Glendon is certainly among the most accomplished women in the church today and a worthy recipient of this year’s award,” said Holy Cross Father John I. Jenkins, Notre Dame’s president. “I’m grateful to the Center for Ethics and Culture for recognizing Glendon for her impressive service to the church and to life.”

Glendon said she was “honored and humbled” to be named the 2018 recipient of the medal. She called the University of Notre Dame “a beacon in higher academia” and praised the school’s Center for Ethics and Culture as “a shining example of everything that is best in Our Lady’s university.”

“The center is a living witness to the fact that world-class teaching and scholarship not only can but must be integrated with faith in God and respect for the intrinsic dignity of every human life, if truth is to be pursued and grasped in its fullness,” she added.

The 2017 medal was presented to the Jerome Lejeune Foundation, begun by the late pro-life French geneticist. Previous recipients include Richard Doerflinger, associate director of the USCCB’s Secretariat for Pro-Life Activities; Helen M. Alvare, professor of law at George Mason University; Mother Agnes Mary Donovan and the Sisters of Life; U.S. Rep. Chris Smith, R-New Jersey, co-chair of the Bipartisan Congressional Pro-Life Caucus, and his wife, Marie Smith, director of the Parliamentary Network for Critical Issues; Supreme Knight Carl Anderson and the Knights of Columbus; and the Little Sisters of the Poor.

NEXT: U.S. House passes bill to ban abortion after 20 weeks of gestation