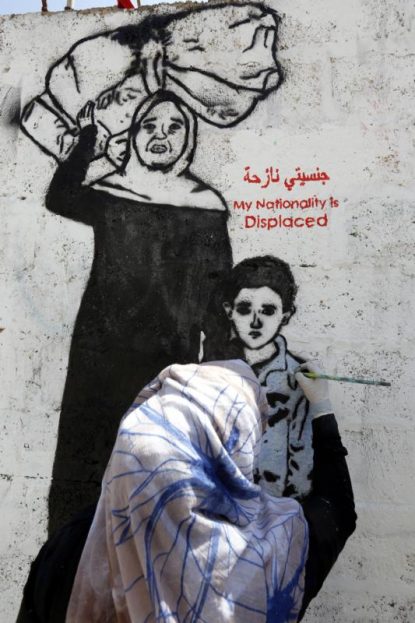 BONN, Germany (CNS) — The bishop who oversees the Catholic Church in Yemen called for immediate peace talks to end the violence among warring factions, warning the country’s population and infrastructure were being destroyed by the current war.

“Yemen has suffered internal conflicts for decades, but the civil war and intervention by Saudi Arabia and its allies have created a catastrophe,” said Bishop Paul Hinder of the Apostolic Vicariate of Southern Arabia, based in Abu Dhabi.

“While the United States certainly has something important to say, Iran must also be brought on board so negotiations stand a chance. But as long as people in the world’s weapon-producing countries feel they’re winning, this war will continue,” the bishop said in an interview with the German Catholic news agency KNA.

The bishop’s plea came as fighting continued in Yemen, where Saudi forces intervened in early 2015 to defend the central government against mostly Shiite Muslim Houthi rebels.

Bishop Hinder said transportation and health care were destroyed in much of the country, while a Saudi embargo on Yemeni ports had made getting relief supplies to 3 million internally displaced people “practically impossible.”

He added that Christian minorities had been too small to “play a role in the conflict.”

“But international pressure could still push the warring armies to strive for a truce. If it was possible to conduct negotiations so none of the parties lose face — an important aspect of Arab culture — there might, despite all difficulties, still be a silver lining on the horizon,” he explained.

The World Health Organization reported in early October that two-thirds of Yemen’s population had no clean water and sanitation. WHO experts also forecast that the current cholera epidemic, exacerbated by hunger and malnutrition, would become the worst ever recorded by the end of 2017, with 1 million people affected, more than half of them children.