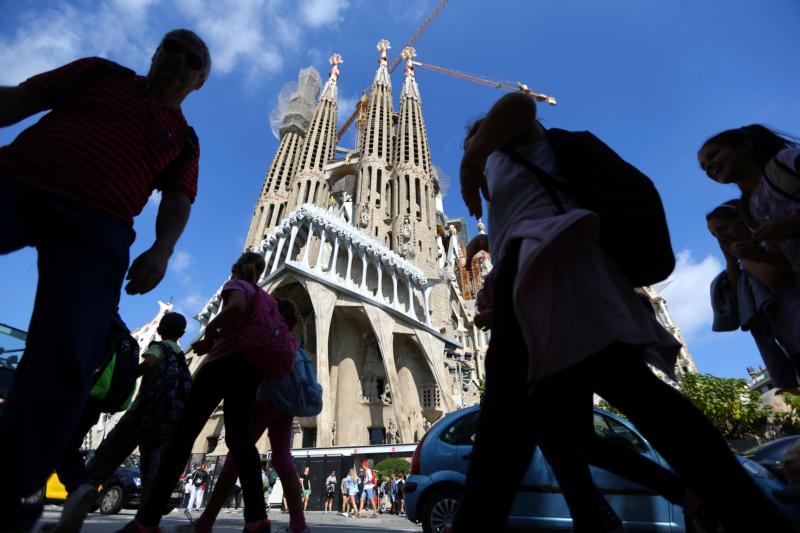 BARCELONA, Spain (CNS) — More than a hundred Spanish Claretian missionaries were beatified as Catholic martyrs, eight decades after they were killed during their country’s 1936-39 civil war.

“During the last century, Spanish religious persecution became a virulent epidemic of death and destruction, leaving thousands and thousands of defenseless, innocent victims behind,” said Cardinal Angelo Amato, prefect of the Vatican’s Congregation for Saints’ Causes, at an Oct. 21 beatification Mass at Sagrada Familia basilica.

“Faced by this devastating tsunami, these 109 Claretian religious reacted with the effective weapon of charity and forgiveness. To those wishing to annihilate the Christian presence in Spain, the martyrs responded by forgiving, praying and calling, ‘We are not afraid.'”

He said the beatification was a reminder that Christianity offered “a culture of peace and fraternity, not war.”

Preaching at a separate thanksgiving Mass Oct. 22, Cardinal Juan Jose Omella said the martyrs’ beatification was “not a reckoning with the past, but a song to God’s infinite grace.”

“We need not fear the difficulties of the present time since God is directing human history,” the cardinal said. “His martyrs teach us to put our trust in God, to trust that love will overcome hatred and that no difficulty or persecution can take away the joy of confessing Jesus as Lord.”

NEXT: In Myanmar, Pope Francis’ words will be monitored closely