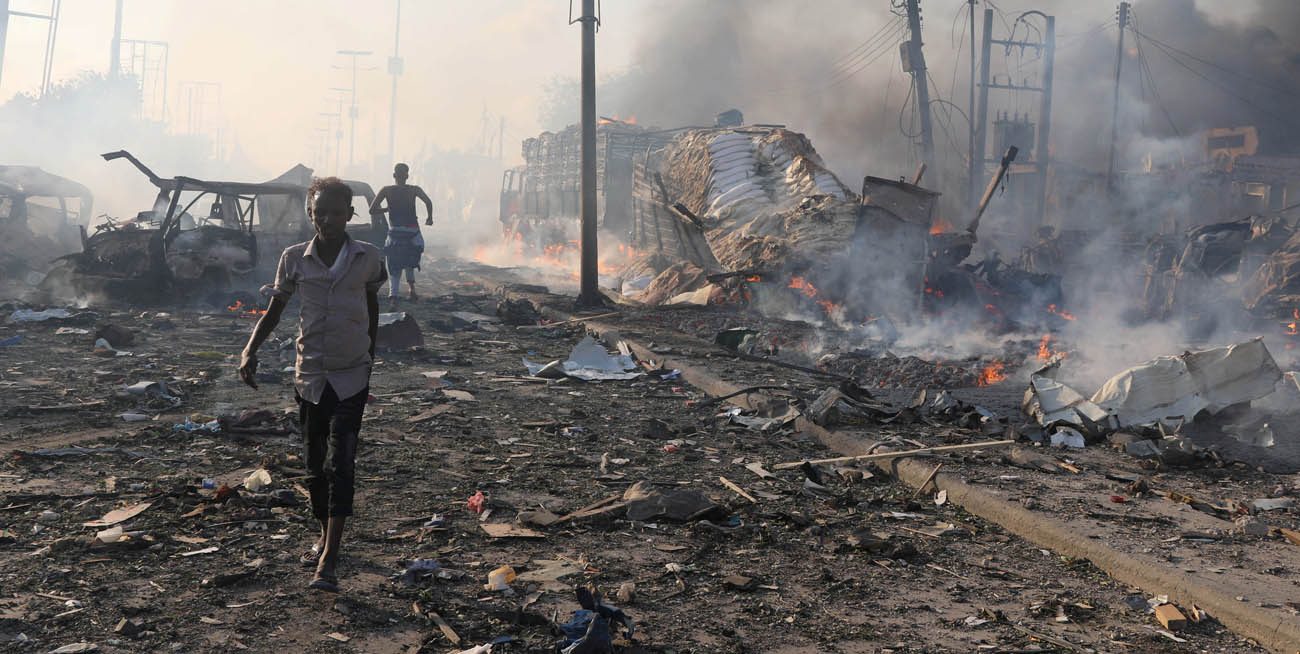 Civilians evacuate from the scene following an Oct. 14 explosion in Mogadishu, Somalia. Before concluding his weekly general audience Oct. 18, Pope Francis expressed his sorrow and denounced the "massacre which caused more than 300 deaths, including several children." (CNS photo/Feisal Omar, Reuters)

VATICAN CITY (CNS) — Pope Francis prayed for the victims of a terrorist attack in Mogadishu, Somalia, that left hundreds dead and countless wounded in one of the deadliest attacks in the country’s history.

Before concluding his weekly general audience Oct. 18, the pope expressed his sorrow and denounced the “massacre which caused more than 300 deaths, including several children.”

“This terrorist act deserves the fiercest condemnation, especially because it victimizes people that are already so tried,” the pope said.

Mogadishu erupted into chaos Oct. 14 when a minivan and a truck carrying military grade explosives exploded near a security checkpoint. Investigators believe the attackers were targeting a heavily guarded compound that housed many embassies, United Nations’ offices and African Union peacekeeping forces.

The second explosion caused a nearby fuel truck to ignite, causing a massive fireball to erupt in the area.

While no group has taken responsibility for the attack, government officials believe the militant terrorist group, al-Shabab, is responsible, the Associated Press reported.

Pope Francis prayed for the innocent victims and their families as well as for the conversion of the perpetrators of the deadly massacre.

“I pray for the conversion of the violent and encourage those who, with great difficulty, work for peace in that martyred land,” the pope said.

NEXT: Faith brings hope even at moment of death, pope says