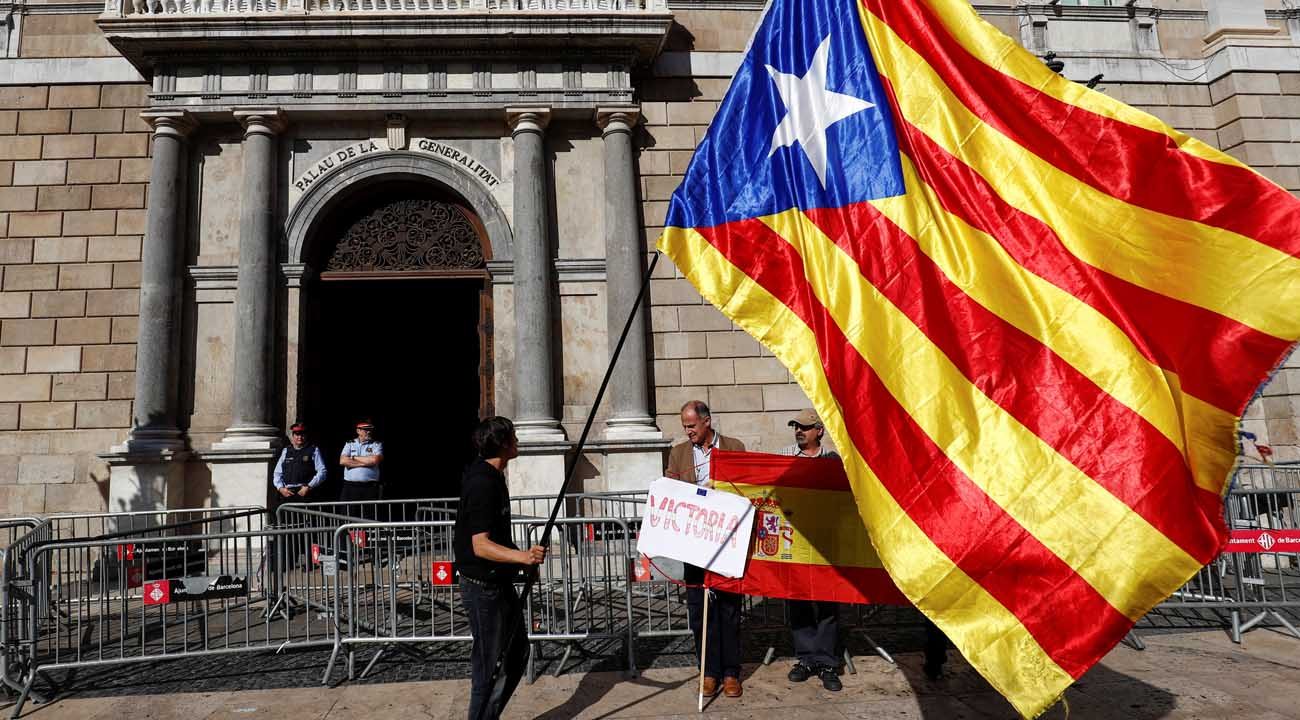 However, Catholic organizations in the breakaway region — which declared independence Oct. 27 — condemned the crackdown and warned government actions could have “incalculable consequences.”

Cardinal Ricardo Blazquez Perez of Valladolid, president of the Spanish bishops’ conference, expressed sadness for the Catalonian declaration of independence and reiterated support “for the constitutional order and … its restoration, and I ask God for peaceful coexistence among all citizens.”

His statement, issued Oct. 28, came the day after the Spanish government announced it was dismissing Catalonia’s president, Carles Puigdemont, and local officials, and ending the region’s self-government under the terms of Spain’s 1978 constitution. Spain called for regional elections Dec. 21.

Madrid Cardinal Carlos Osoro Sierra said on Twitter that Jesus encouraged “understanding and reconciliation, not the building of walls.” Cardinal Antonio Canizares Llovera of Valencia told Catholics at a cathedral Mass that Spain needed “love, forgiveness and peace” when “many people do not know what they do, and the damaging poverty and misery it may bring.”

But in Catalonia, the Catholic justice and peace commission and 12 other Catholic organizations said Catalan institutions “predate and do not derive from the 1978 Spanish constitution.”

“The dismissal of the government and legislative limitation of Catalonia’s parliament mean a suspension of self-government and violate essential democratic rights,” said the statement, published on the justice and peace commission website.

“The lack of a political response to majority demands by Catalan society has led to a serious situation, causing extreme tension and a worrying lack of understanding among the various peoples of Spain,” it said.

The groups said any lasting solution would have to be “just, democratic, fraternal and respectful of Catalonia’s national rights,” and demanded the withdrawal of criminal charges against separatist leaders.

Preaching Oct. 29, as 300,000 people staged a pro-unity rally in Barcelona, the Catalan Bishop Agustin Cortes Soriano of Sant Feliu said “political struggles for power” could be calmed by “a dialogue not necessarily requiring the renouncing of ideologies and thoughts.” Cardinal Juan Jose Omella of Barcelona, capital of Catalonia, said he loved the region, “as well as the Spain and Europe we belong to.” He prayed God would “help avoid confrontation and create a peaceful future.”

Catalonia, the wealthiest of Spain’s 17 autonomous regions, is home to 7.5 million people, with its own language and culture.

PREVIOUS: Assisting victims of war is a work of mercy, pope says

NEXT: God created human beings to love and be loved, pope says