Variety of Catholic rites in India is not threat to unity, pope says 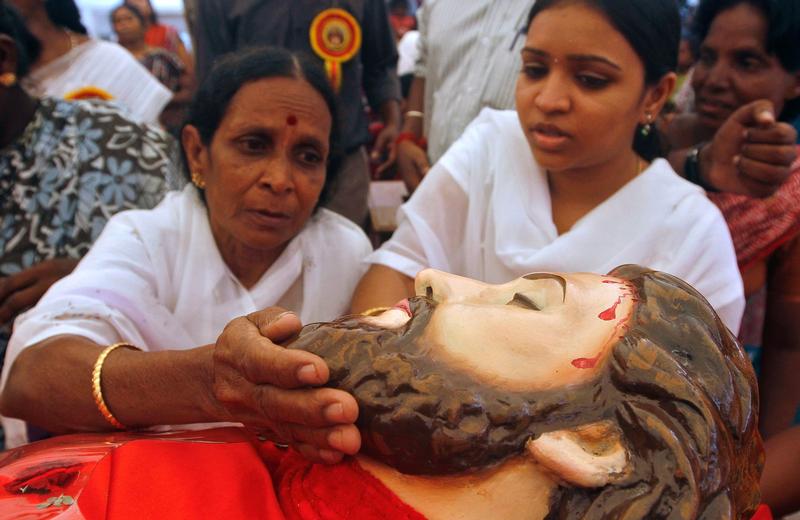 WASHINGTON (CNS) — For centuries, Catholics in India have drawn support from and expressed their faith through the liturgies, traditions and spiritualities of three different rites; Pope Francis said it is time that all of them, no matter where they live in the country, have their own bishops.

The Vatican announced Oct. 10 that Pope Francis had created two new eparchies, or dioceses, for the Syro-Malabar Catholic Church and extended the boundaries of two others. A letter from Pope Francis to all the bishops of India explained the move.

In many parts of the world, especially North America and Australia, Catholics of different rites living next door to each other could belong to different dioceses — the dominant Latin-rite or one of Catholicism’s Eastern churches.

But in India, bishops worried that having two or three dioceses covering the same territory would splinter the Catholic community or at least give the Hindu majority the impression that the Catholic community was fragmented. Therefore, for decades bishops of the Syro-Malabar and Syro-Malankara Catholic churches were found only in Kerala state, where the majority of their faithful live. Any of their faithful who moved north or east of Kerala were cared for under the direction of Latin-rite bishops.

“In India, even after many centuries, Christians are only a small proportion of the population and, consequently, there is a particular need to demonstrate unity and to avoid any semblance of division,” Pope Francis wrote. But the different Catholic rites do not have to be a sign of division when they are, in fact, “a treasure” for the church.

Christians in India often claim their faith goes back to the preaching of the apostle Thomas. Their faith, the pope said, further developed “through contact with the churches of Chaldean and Antiochian traditions and, from the 16th century onward, through the efforts of Latin missionaries,” resulting in three ritual and spiritual expressions of Catholicism in the country.

“Although this situation has sometimes led to tensions in the course of history,” Pope Francis said, “today we can admire a Christian presence that is both rich and beautiful, complex and unique.”

In 1917, Pope Benedict XV established the Congregation for Eastern Churches to encourage “the restoration of Eastern Catholic traditions” and ensure “their protection, as well as respect for the dignity and rights of these ancient churches,” the pope wrote to the Indian bishops. “The Second Vatican Council embraced this vision of the church and reminded the faithful of the need to protect and preserve the treasure of the particular traditions of each church.”

Ensuring both the unity of the Catholic Church and its diversity, Pope Francis said, his predecessors St. John Paul II and Pope Benedict XVI slowly began the process of expanding the Syro-Malankara and Syro-Malabar dioceses.

The experience has shown not only that Latin- and Eastern-rite bishops can cooperate for the good of the faithful, but also how important it is to fully respect the traditions of each Catholic, the pope said.

Part of the Eastern tradition is that, in the church’s traditional homeland, the synod of bishops exercises jurisdiction and elects bishops for those dioceses; in his letter to the Indian bishops, the pope said the new Syro-Malabar dioceses would be considered part of the traditional territory of the church.

Pope Francis said his establishment of new dioceses should not disrupt the life of the church in India, nor should it be “negatively interpreted as imposing upon the (Eastern-rite) faithful a requirement to leave the (Latin-rite) communities which have welcomed them, sometimes for many generations, and to which they have contributed in various ways.”

Rather, he wrote, it is an invitation “to preserve the precious heritage of their rite and to pass it on to future generations.”

Pope Francis prayed that no one would see the changes in terms of “power and domination,” but would recognize them as “a call to deeper communion, which should never be perceived as uniformity.”