Thanksgiving: A unique holiday for a uniquely diverse nation 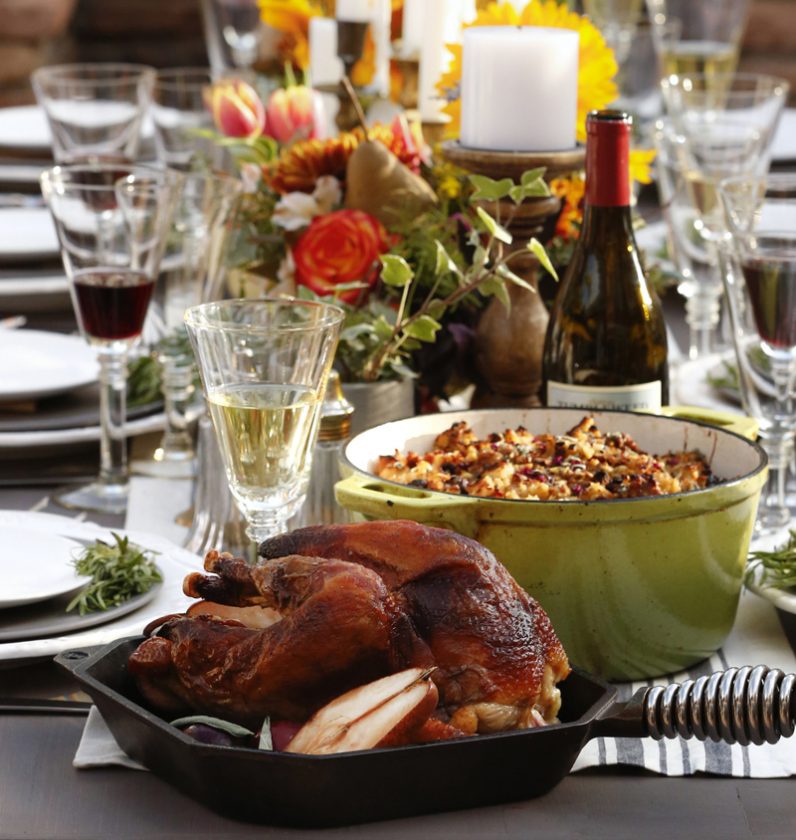 What does Thanksgiving really mean to you? Is it just a really big dinner, or is there something more about it that maybe you’ve forgotten?

It is unique among American holidays in that it is both civic and religious in its origins. It is unlike Christmas and Easter which are, strictly speaking, religious holy days that were adopted by the general culture as holidays, or Independence Day which is completely civic.

There is a bit of controversy as to where the holiday began. New Englanders say it was started as a harvest feast attended by both settlers and Native Americans in thanksgiving for the Plymouth colony’s first harvest. Virginians point to celebrations a bit earlier in Berkley Hundred and Jamestown.

In both cases there was reason to be thankful and not just for food but for being alive. Within a year of their arrival half of the New England colonists were dead as were three quarters of the original Virginia colonists, either from starvation or disease.

Of all American holidays, Thanksgiving is a celebration of immigrants because it traces back to our immigrant forefathers and foremothers who at great sacrifice laid the foundation of a new nation.

The tradition continues as recent immigrants also pause to thank God for his blessings and enjoy a feast usually including that peculiar American fowl, a turkey.

Lan-Huong Lam, a member of the Vietnamese community at South Philadelphia’s St. Thomas Aquinas Parish, has been in America for 10 years, and although her family still celebrates traditional Vietnamese holidays, especially for the New Year, they have also embraced Thanksgiving in a way that is strikingly American.

“My family will come to my father’s house this year, (and) next year we will all go to my uncle’s house,” she said. Yes, they will have such dishes as turkey and mashed potatoes, but along with that they will have traditional Vietnamese foods for those members who prefer them.

Reyna Mota, who is a member of the Dominican Republic community that worships at St. Leo Church in Philadelphia, really buys into the true meaning of Thanksgiving as a way to give thanks to God and celebrate our blessings.

The traditional turkey, cranberry sauce and all the fixings will be on the table as well as chicken because turkey is not something their family is used to. Of course, one of the desserts will be flan, a staple in Central America.

If a number of the relatives prefer chicken it had better be more than one bird because “we will have about 30 people there,” Mota said.

Samuel Abu, a Liberian native who works for archdiocesan Catholic Social Services, is a member of Divine Mercy Parish in West Philadelphia and he has 12 years in the U.S.

Thanksgiving is a national holiday in Liberia also, probably because the country was founded by former American slaves who returned to Africa after the Civil War. But it is just a day off there, with no special traditions. He was surprised when he came to the U.S. and found what a big deal it is here.

“When we came here we didn’t like turkey,” he confessed, and his family would go out to eat. Now he and his wife have four kids and they all love turkey.

Abu’s wife loves to prepare the Thanksgiving dinner, and in that tradition the whole family gathers around the table for the feast. But in his household they don’t do stuffing and they eat the turkey in gravy as in a stew.

Another dish they favor which most Americans would not connect with Thanksgiving is the root vegetable that is much more familiar in the tropics than the potato: cassava.

But whatever they eat or don’t eat, “We are thankful to God that we are able to live this life and pray for the families who are not able to do this, especially my father and my mother,” Abu said. “We thank God for our jobs and our children and the opportunity to own our home.”

Hari Chan, who has been in America for 15 years, is a member of the Indonesian community that worship at St. Thomas Aquinas Parish. On Thanksgiving his family will probably gather for Mass in the chapel at their parish.

Then the Indonesian community members will all get together at the adjacent Aquinas Center for a potluck meal. It will include turkey of course, but also Indonesian favorites.

While they don’t have Thanksgiving in Indonesia there are other holidays, mostly Muslim, because most Indonesians are Muslim. But just as in America where non-Christians celebrate Christmas, “There we celebrate the Muslim holidays too,” Chan said.

Maguy Jean Baptiste is part of the Haitian Community at St. Cyril Parish in East Lansdowne and she has made America her home for 10 years. People do eat turkey in Haiti on Jan. 1, which is both New Year’s Day and Independence Day, she said.

As in so many American households on Thanksgiving Day, her sons will watch football, something that is not played in Haiti.

It will be a big meal because not just her husband and their five kids but also her sister’s family with four kids will gather around the table. As an extra she always invites someone from the neighborhood who is alone for the holiday.

Baptiste has an elaborate recipe for preparing her turkey to Haitian taste and she will also serve rice, beans, macaroni salad and spinach greens.

As part of the festivities the family members will draw names for gifts for the Pollyanna at Christmas. Also the family will take up a collection to send back to Haiti to help their struggling families there.

Maria Alvin, a member of Our Lady of Good Counsel Parish in Southampton, was born in Portugal but her family came to America when she was 7, and now she is married with a family of her own.

“My parents are still alive and we will all get together at my house,” she said. “There will be about 12 people.” It will be a traditional turkey dinner, but since her dad still doesn’t like turkey, she will probably prepare a chicken and maybe some pork.

“Thanksgiving means freedom, the family all getting together, being thankful for what you have,” she said.

Her friend, Mary Cole, also of Our Lady of Good Counsel, was also born abroad and came to America from Ireland when she was 21 and married an American.

“In the beginning I didn’t care much for Thanksgiving because it was a tradition I wasn’t used to,” she said. “Over the years it became dear to me. It’s a lovely tradition and you don’t have to do much. I have four kids and we all get together.”

Included in the gathering will be her son, Declan, who entered St. Charles Borromeo Seminary this year.

Dosse, who came from Togo and is part of the Francophone (French speaking) community at St. Cyprian Parish in Philadelphia, came to America 13 years ago and he and his wife have three kids, all born in the U.S.A.

In Togo the main holidays are Christmas and New Year’s Day, but other than that there are no holidays with a long weekend. They will celebrate the same way many other people here celebrate.

“It’s a mini vacation,” he said. “We use the holiday to get together and have food. We have turkey of course but cooked in our way. Friends will come, we will share food and the kids will play games.”

Most important, Dosse said, “Thanksgiving is the time to thank God for everything, for his support in our lives.”

To this, let the Church — native-born and immigrant – say, “Amen!”

NEXT: Young adults tap into faith-science debate at Media event