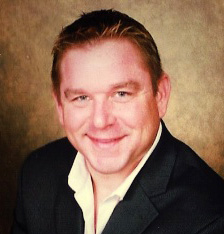 Michael J. Barnett, a telecommunications executive and 1990 graduate of Archbishop Ryan High School, has been named the new president of the archdiocesan school in Northeast Philadelphia.

The archdiocesan Office for Catholic Education (OCE) and Faith in the Future Foundation made the announcement Nov. 3. Barnett will assume his duties on Monday, Nov. 6.

The role of president at archdiocesan high schools differs from that of a principal’s focus on academic instruction to a role of institutional leadership, emphasizing growth in school enrollment, finances and other administrative objectives.

Barnett’s background includes experience both in business leadership and education. A former teacher and graduate of Millersville University in education, Barnett most recently was regional director for Bensalem-based telecom firm Carousel Industries.

His responsibilities at the company included sales planning, performance metrics, forecasting and reporting as well as leadership, management and strategic development. In previous positions as a vice president, Barnett helped turn around start-ups or under-performing territories.

Barnett is an active member of several alumni organizations supporting scholastics and athletics at Archbishop Ryan and Millersville. He and his wife Lisa and their daughters are members of St. Bede the Venerable Parish in Holland, Bucks County.

OCE and Faith in the Future thanked Joanne Walls for working as interim president of Archbishop Ryan during the search process.

They also said they believed Barnett, “along with the current administrators at Archbishop Ryan, are laser focused on equipping saints for life.”

PREVIOUS: Neumann U passes the torch of leadership in grand inaugural

NEXT: Little ones at Holy Cross School tell Christmas story in cutest way