Catholic official: Bangladesh should apologize to India for nun’s rape 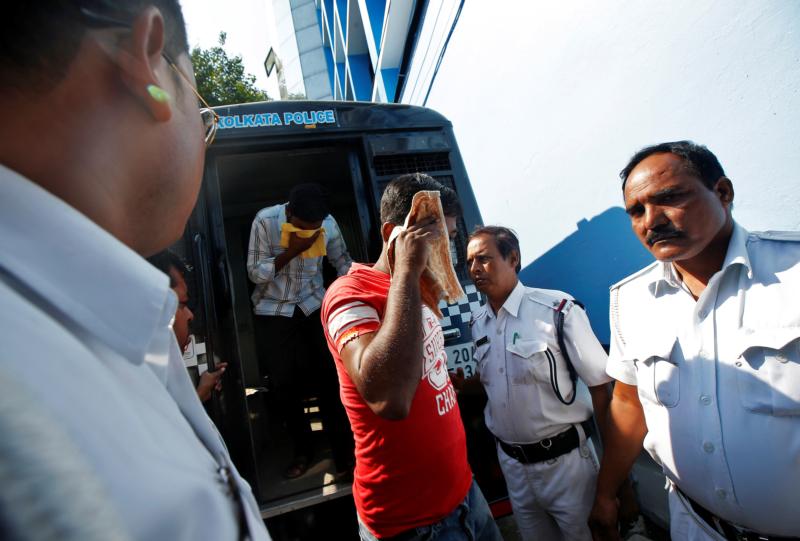 Police officers in Kolkata, India, escort two men into court Nov. 7 for the trial of the rape of an elderly nun. (CNS photo/Rupak De Chowdhuri, Reuters)

DHAKA, Bangladesh (CNS) — A Catholic official in Bangladesh said government officials ought to apologize to India after a Bangladeshi man was convicted of raping a 71-year-old nun in India two years ago.

Ucanews.com reported that Theophil Nokrek, secretary of the Bangladeshi bishops’ justice and peace commission, spoke Nov. 7 after a local court in Kolkata, India, convicted Nazrul Islam of raping the nun at her Convent of Jesus and Mary in Ranaghat March 14, 2015.

Islam and five others, all from Bangladesh, were also convicted of armed robbery of the convent, about 30 kilometers from the India-Bangladesh border.

“The crime and conviction is disgraceful for Bangladesh,” Nokrek told ucanews.com. “I think our government should issue a formal statement of apology to India.”

“It’s good to see justice has been meted out,” Nokrek said, adding that “sexual perverts” behind the crime should get exemplary punishment.

However, he said that Indian police, too, were at fault, because Islam had entered India without valid documents.

Indian police said four of the six attackers were identified through closed-circuit TV footage. The nuns had reported that a gang of eight people ransacked the convent in the early morning and stole some valuables, including cash.

Police arrested Islam in June 2015 at a railway station in India. The nun from the Jesus and Mary congregation then identified Islam from among 10 people in a police lineup.

Although Islam has been convicted of raping the nun, his punishment is yet to be announced.

Latest government records show that in 2015, India registered a daily average of 890 crimes against women, which include sexual harassment, rape and murder. In 2015, the country recorded 34,651 rape cases, including those of children and the elderly, according to the latest records of National Crimes Record Bureau.

PREVIOUS: Q&A with Good Shepherd Sister after she visited her hometown in Syria