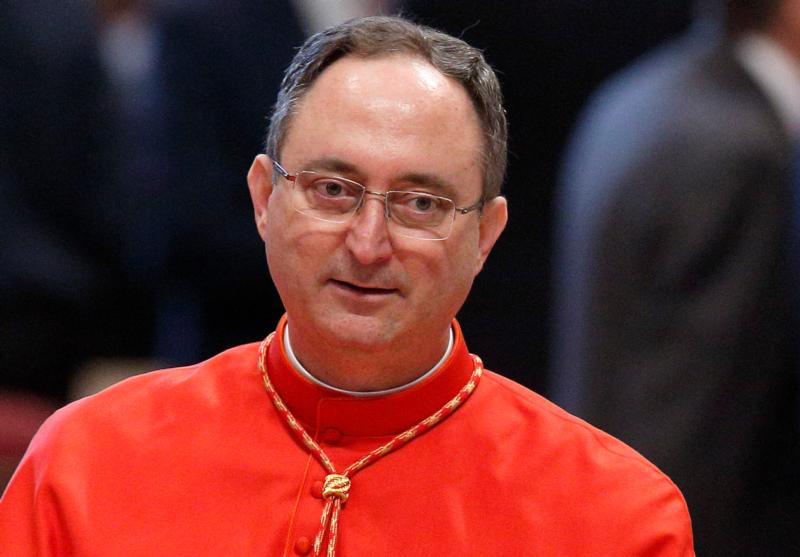 Cardinal Sergio da Rocha of Brasilia, Brazil, was chosen by Pope Francis to serve as relator general of next year’s Synod of Bishops on youth. He is pictured at a consistory at which he was made a cardinal at the Vatican Nov. 19, 2016. The synod is set for Oct. 3-28 and will focus on “Young people, faith and vocational discernment.” (CNS photo/Paul Haring)

The nomination of the 58-year-old archbishop of Brasilia was announced at the Vatican Nov. 18. The relator is responsible for providing a comprehensive outline of the synod’s theme at the beginning of the meeting and for summarizing the speeches of synod members before work begins on concrete proposals for the pope.

Scheduled for Oct. 3-28, the synod will focus on “young people, faith and vocational discernment.”

Cardinal da Rocha, a moral theologian, has decades of experience on local, diocesan, national and continental committees for youth ministry and vocations. He also serves on the general council of the secretary for the Synod of Bishops.

Also Nov. 18, the Vatican announced that Pope Francis had chosen two Italian priests as special secretaries for the synod: Jesuit Father Giacomo Costa, editor of an Italian journal focused on faith, society and justice and author of a book on discernment; andSalesian Father Rossano Sala, a theologian and professor focusing on youth ministry at Rome’s Salesian Pontifical University.

NEXT: Vatican investigating abuse at pre-seminary