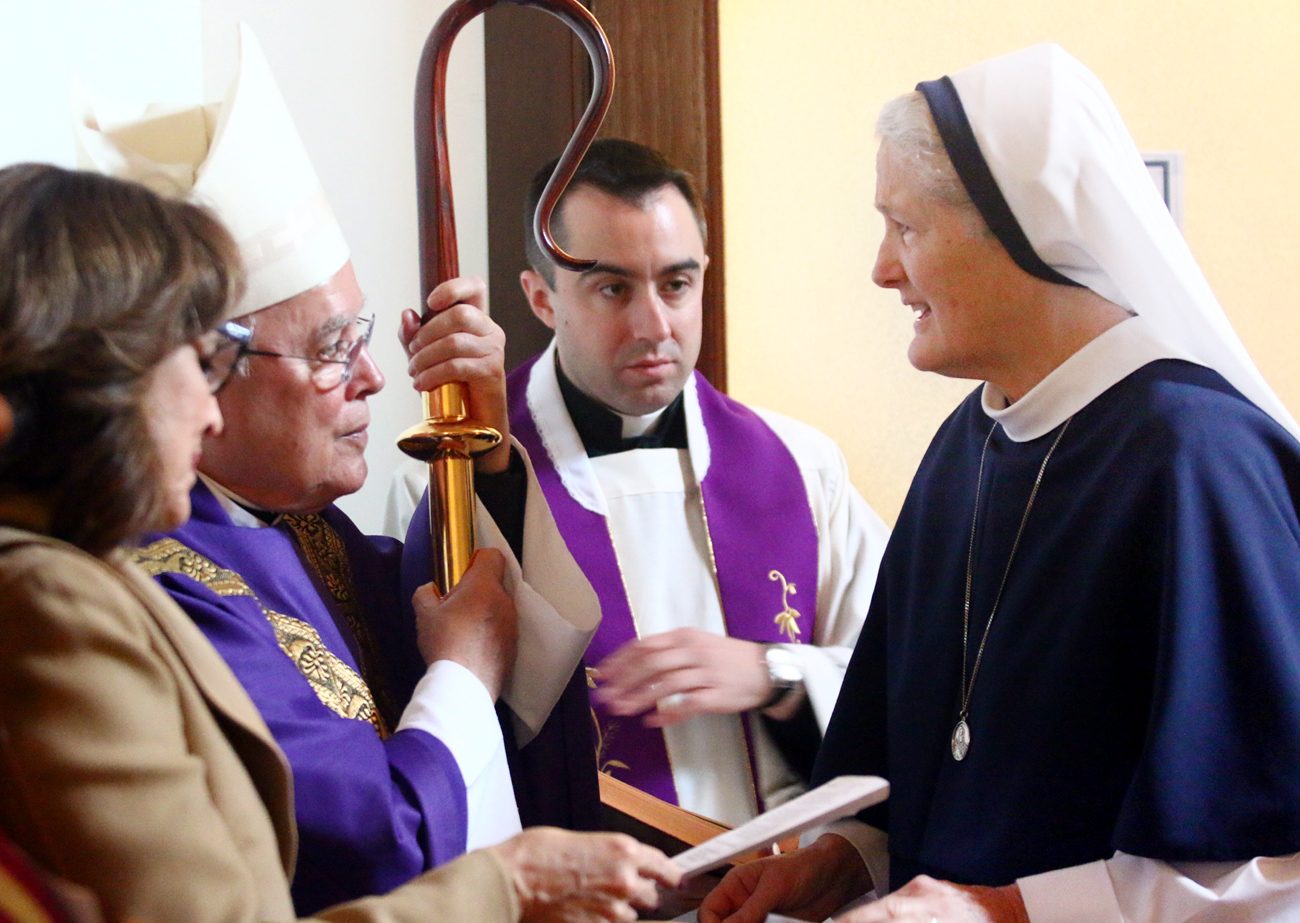 You may have seen them whisking about Philadelphia with their flowing white veils, navy blue habits and magnetic cheer. The five young, radiant Sisters of Life seem filled with a mysterious joy, and now they are making Philadelphia their new home.

Although they had moved into the Philadelphia Visitation Mission on Oct. 16, Archbishop Charles J. Chaput blessed the sisters’ convent at St. Malachy Parish in North Philadelphia and celebrated Mass for them on Monday, Dec. 4, welcoming them to the archdiocese.

The Sisters of Life are a contemplative-active religious community founded in 1991 by the late archbishop of New York, Cardinal John O’Connor — a native Philadelphian — for the protection and enhancement of the sacredness of human life. The congregation consists of more than 100 sisters, five of whom now live in Philadelphia. 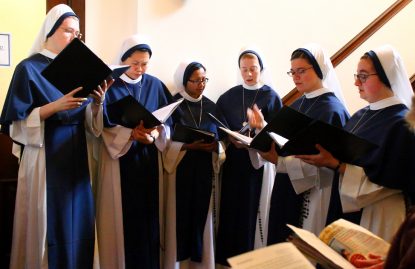 Sisters of Life sing a hymn during the blessing ceremony for their Philadelphia Visitation Mission. (Sarah Webb)

“This is particularly poignant for our community being embraced in our founding father’s hometown where the charism of life was essentially born in his heart and given to the world. So this isn’t like being in any city,” said Sister Grace Dominic, the local superior.

When the sisters first arrived, residing with the Dominican Sisters of Hawthorne in North Philadelphia, they visited pregnancy centers, maternity homes and other ministries to build relationships. They discovered the good works are already being done in the city and assessed the needs for more service.

The Sisters of Life desire that the gift of life and no one to whom it has been entrusted should ever be lost, and through their mission they hope to reveal to those they serve “the inherent goodness and beauty of their own lives,” according to the order’s website, SistersofLife.org.

Many pregnant women lack the support of family and community. Someone has failed them, and in effect, this poverty becomes the precipice of a deep wound.

“They don’t have someone saying, ‘Let me walk with you. Let me be with you. Let me love you,’ so they can see that they are loved, and so they can have the capacity to love the life that has been entrusted to them,” said Sister Grace. “That is the core of our mission. It’s Jesus’ love.”

The sisters will serve in the Philadelphia Archdiocese by loving and befriending women — including those who are pregnant or healing after having an abortion — offering them encouragement and support, accompanying them to doctors’ appointments and hospitals, referring them to local resources and by lifting up the city in prayer. 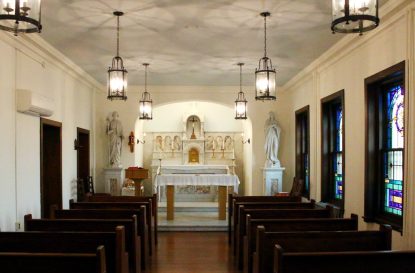 The chapel of the convent at St. Malachy Parish is a place of constant prayer for the Sisters of Life. (Sarah Webb)

Daily prayer is an integral part of their mission. The sisters spend four hours each day in common prayer in the presence of the Blessed Sacrament, praying the Office of Readings along with daily Mass and a holy hour at midday. They spend one full day a week and one Sunday a month in prayer and silence with extended hours of adoration of the Blessed Sacrament.

“We pray that the world is doused in this charism of life (so) that each person comes to know their worth (and) dignity, and that they are an unrepeatable icon of the living God, that they were willed into existence for love. Once we realize that, we can love another,” said Sister Grace.

God’s grace already is tangible through the new mission. After just one email from the sisters to the community, volunteers inundated St. Malachy’s convent and the sisters received a truckload of donations.

“It’s been really beautiful,” said Sister Grace. “We are just marveling every day in seeing God’s generosity in the people of Philadelphia.”

For Father Dennis Gill, rector of the Cathedral Basilica of SS. Peter and Paul, the arrival of a new religious community in the archdiocese “is a reminder to us that the consecrated life is alive and well,” he said.

“With the Sisters of Life, we see a community that has made the choice to be faithful to the direction that the church gives to the consecrated life. It’s flowering (and) flourishing, and so it’s a very positive impact that the Sisters of Life can have on us locally and hopefully other religious.” 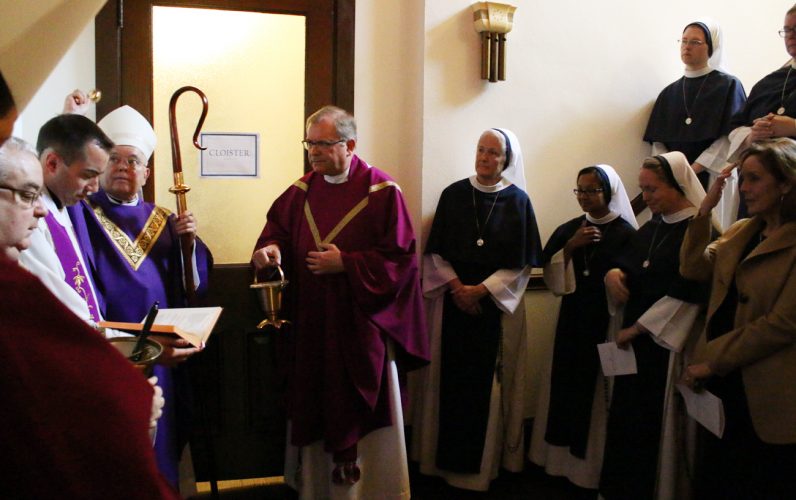