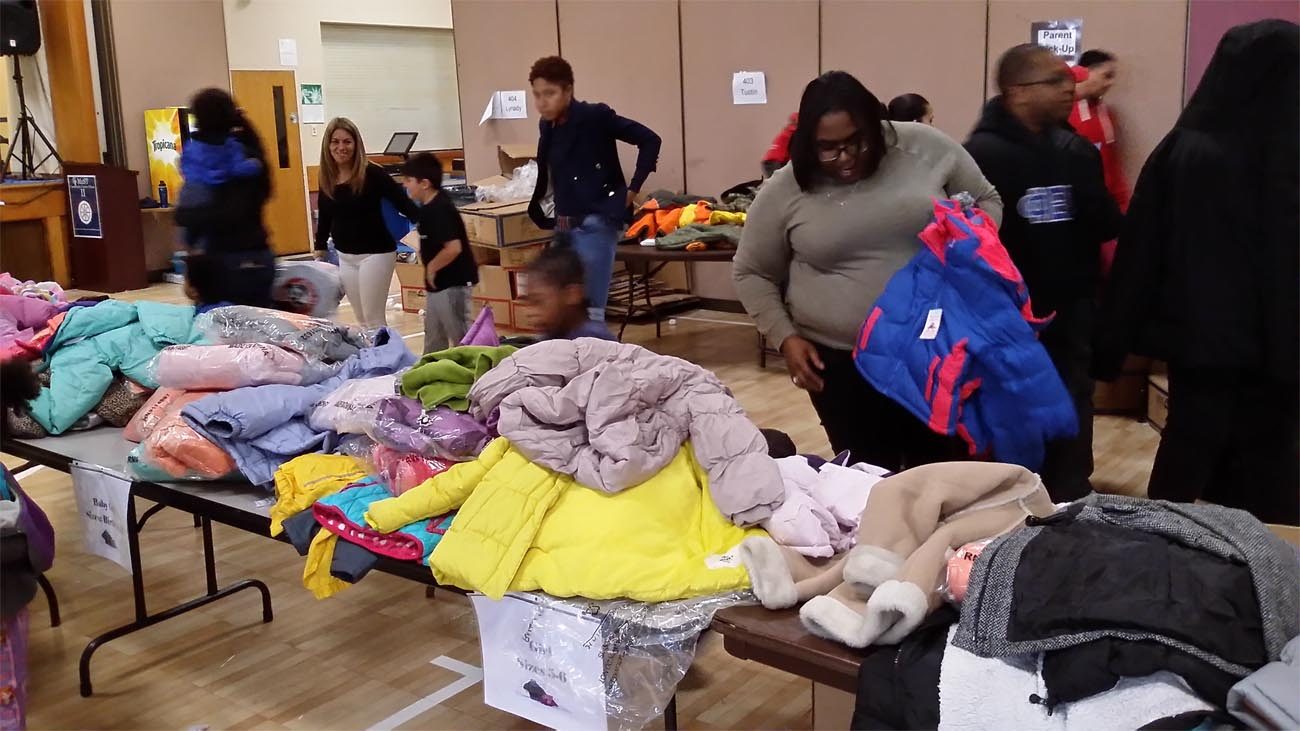 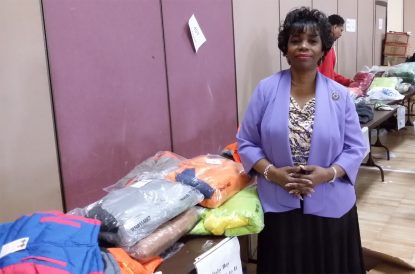 Several hundred local kids are now ready for winter, thanks to an annual coat drive presented by Catholic Community Services on Saturday, Dec. 2 at St. William Parish in Northeast Philadelphia.

Now in its fourth year, Operation Bundle Up distributed over 780 jackets and accessories to area children, along with free snacks and photos with Santa Claus.

The items were donated by the Auto Dealers CARing for Kids Foundation, merchants, civic leaders, schools and staff of the Archdiocese of Philadelphia, said Teresa Thompson, director of Catholic Community Services, a youth services agency of archdiocesan Catholic Social Services.

“We gave out 537 coats last year, and we exceeded that within a few hours this year,” Thompson said.

The project was started by Ginger Smith, a community liaison with Catholic Community Services.

“I just wanted to provide a basic need to families,” Smith said. “Everyone is not blessed to have a warm winter coat.”

(Listen to the CSS team describe in their own words what this fast-growing initiative means to them and those they serve, in the podcast below:)

Preparations for the giveaway began back in September. “We usually begin collecting right after school starts,” Smith said. “We capitalize on when people are transitioning between clothing seasons.”

Through its ongoing outreach, the Catholic Community Services team discovered that many families struggle to bundle up in winter. 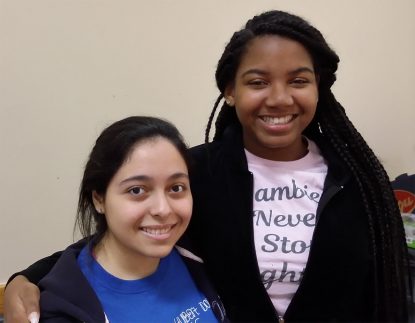 Suzette Irizarry (left) and Angel Ross, sophomores at St. Hubert’s Catholic High School for Girls, enjoyed meeting the children who received the coats the students had collected for Operation Bundle Up.

“They can’t find affordable coats, or they have coats that are way too small, or are ripped and torn,” said Lisa Shousky, a resource coordinator.

Candice, who received coats for several of her children, said that the giveaway provided much-needed assistance, especially since winter jackets can range from at least $30 to $80 per child.

“Coats are expensive, and when it comes to multiple kids, it’s a bill,” she said. “Plus kids grow out of them quickly, and it could be choice between paying a bill and buying coats. By coming here, I can pay off a bill instead.”

The annual event eases the financial strain for both the current and coming years.

“We try to pass our coats down,” Candice said. “The ones we got today will be handed down to the smaller kids. They’ll go a long way.”

Suzette Irizarry and Angel Ross, both in their sophomore year at St. Hubert’s, enjoyed meeting the children who received the coats their school had collected.

“To see them happy makes me happy,” Ross said.

Several Catholic Community Services staffers also worked “off the clock” to assist at the event.

“It doesn’t matter if it’s a day off or not,” said Yelena Moldaver, a case aide. “It’s the feeling that you have when you’re assisting someone in a time of need.”

Based on the coat drive’s previous results, that need is projected to grow, Shousky said.

Planning for next year’s giveaway has already begun. Like her colleagues, Moldaver is up for the challenge.

“With a smile, and a little piece of your heart, you can change somebody’s life,” she said. 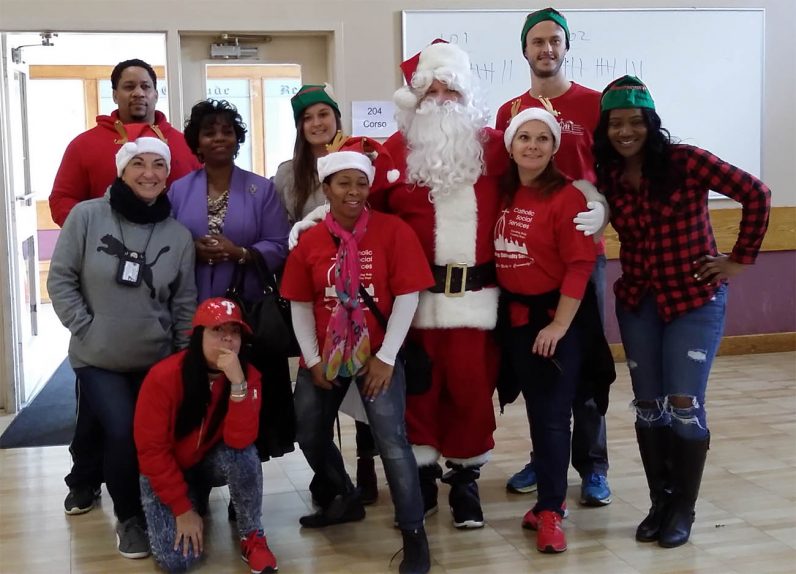 NEXT: Seminary opens its doors, welcomes hundreds for sacred music