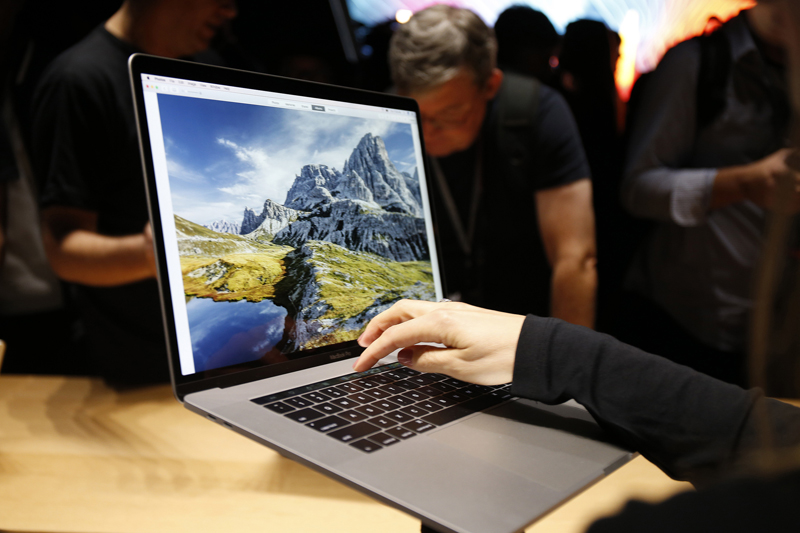 WASHINGTON (CNS) — After collecting millions of comments on a Federal Communications Commission proposal to scuttle net neutrality — the principle that all lawful websites shall be treated the same by internet service providers — the actual plan had been unveiled and will come up for a vote at the FCC’s Dec. 14 meeting.

The proposal is likely to pass. After an Obama-era FCC plan in 2010 to preserve net neutrality was thrown out after a challenge in federal court, the FCC, under a new chairman, rewrote the rules in 2015 to liken internet service to a public utility. This has withstood judicial scrutiny.

However, with Republican Donald Trump in the White House, the FCC is entitled to have three Republicans and two Democrats make up its five members — opposite of what it had been during the Obama administration. Current FCC Chairman Ajit Pai signaled his intent to redo the rules yet again shortly after being sworn in this year. And he likely has the votes to carry the day.

That has not stopped people from all walks of life from objecting to the proposed new rules, which really mean fewer rules.

The proposed framework would allow internet service providers to charge a toll of sorts for websites to be carried in a so-called fast lane. This has worried open-internet advocates, who fear the fast lane for big spenders won’t be any faster but just result in slow lanes for everyone else — and maybe the blockage of sites that don’t pony up the cash.

“Strong net neutrality protections are critical to the faith community to function and connect with our members, essential to protect and enhance the ability of vulnerable communities to use advanced technology, and necessary for any organization that seeks to organize, advocate for justice or bear witness in the crowded and over-commercialized media environment,” said a Nov. 28 statement from Bishop Christopher J. Coyne of Burlington, Vermont, chairman of the U.S. bishops’ Committee on Communications.

“Robust internet protections are vital to enable our archdioceses, dioceses and eparchies, our parishes, schools and other institutions to communicate with each other and our members, to share religious and spiritual teachings, to promote activities online, and to engage people — particularly younger persons — in our ministries,” Bishop Coyne added.

“Without open internet principles which prohibit paid prioritization, we might be forced to pay fees to ensure that our high-bandwidth content receives fair treatment on the internet,” he said. “Nonprofit communities, both religious and secular, cannot afford to pay to compete with profitable commercialized content.”

Despite the current rules being put in place, Verizon “throttled” the users of Netflix, the popular video-streaming site, meaning it slowed streaming for those users — until Netflix paid for faster speeds to keep their customers happy.

Throttling has taken place, although internet service providers — ISPs for short — don’t use that term. But they do seem to be checking for “trouble spots” a lot.

“Strong, enforceable net neutrality rules, like the one Chairman Pai plans to dismantle, are critical to the functioning of modern libraries because we rely on the internet to collect, create and disseminate essential online information and services to the public,” said a Nov. 27 statement from the American Library Association, which has long chafed at anything resembling censorship.

Internet service providers “could degrade service or block access to certain sites for libraries and their patrons but would need to tell them first,” said Larra Clark, deputy direct of the association’s Office for Information Technology Policy, in a Nov. 27 essay. The FCC would hand over much of its internet policy enforcement to the Federal Trade Commission. “While the FCC touts this as a feature, others have noted the FTC would be more limited in its ability to protect net neutrality,” she added.

And “if only the ISPs could charge content providers to reach consumers, the draft order argues, they would use this windfall to build broadband capacity for geographically isolated communities,” which Clark called “classic black-is-white doublespeak.”

“Of course,” she added, “consumers also likely will be paying higher prices to content providers, as well, as those costs get passed along.”

“For almost 20 years, both Republican and Democratic FCC chairmen have pledged to protect the right of broadband subscribers to access any lawful content or application, and to prevent the cable and telephone companies that provide the ‘on ramps’ to the internet from picking winners and losers,” said Harold Feld, president of the freedom-of-information public interest organization Public Knowledge, in a Nov. 21 statement.

Even retailers have objected to the proposal. Two hundred of them said future Cyber Mondays, the Monday after Thanksgiving that focuses on online purchases, could be threatened if net neutrality is eliminated.

“An internet without net neutrality protections would be the opposite of the open market, with a few powerful cable and phone companies picking winners and losers instead of consumers,” said the letter, citing slow lanes, tolls and the possibility of sites being blocked altogether. “This would put small and medium-sized businesses at a disadvantage and prevent innovating new ones form even getting off the ground.”

And that’s just a sampling of the objection. New York Attorney General Eric Schneiderman, while admittedly a fan of net neutrality, has a bone to pick with the FCC over the comment process.

Schneiderman said his office reviewed what he called “fake comments” to the FCC, and found “tens of thousands of New Yorkers — and hundreds of thousands of Americans — may have had their identities misused.” The action likely violates state law,” Schneiderman told Pai in a Nov. 21 open letter. But the forgeries, he said in a statement the same day, “undermine the integrity of the comment process.”

Nine calls to the FCC for records to investigate these claims generated “no substantive response,” Schneiderman said, so his office has set up a webpage for New Yorkers whose names were wrongfully used without their consent. Is this the kind of website that would be throttled or blocked by an ISP if the open internet is no more?