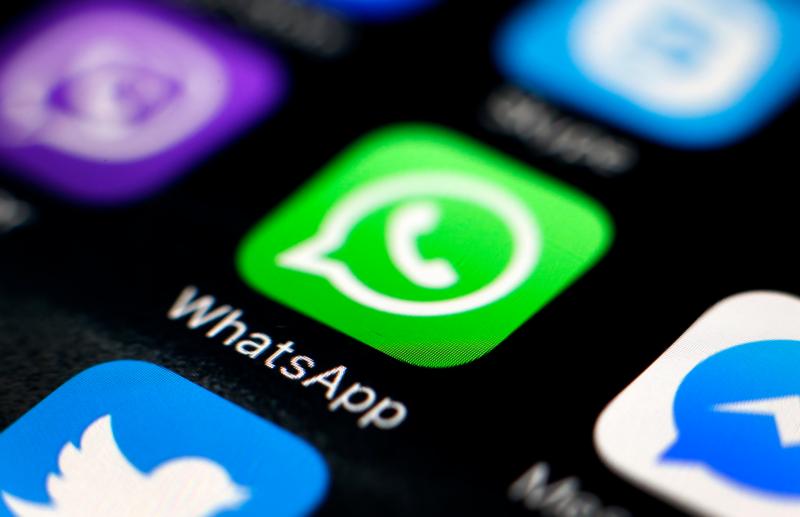 The logo of the messaging application WhatsApp is seen on a smartphone in Taipei, Taiwan, April 7, 2016. (CNS photo/Ritchie B. Tongo, EPA)

VATICAN CITY (CNS) — While the thought of receiving a blessing by text from Pope Francis could have millions of mobile users glued to their smartphones, the Vatican spokesman said that isn’t his style.

Reports of “the Holy Father using WhatsApp are false,” Burke tweeted. “He does not send messages or blessings through this medium.”

The Pope Francis Foundation, a Catholic organization in Corrientes, Argentina, announced Dec. 12 the launch of “Wabot-Papa Francisco,” a chatbot that allows users to contact the pope and keep up-to-date with his schedule, reported the Argentine newspaper, La Nacion.

The foundation said the chatbot would respond to users queries through “texts, images, video, audio and documents,” La Nacion reported.

“You can also have a simulated chat with His Holiness. Wabot technology allows the entire Catholic community or people of any other faith to interact with the pope,” the foundation said.

The pope, the organization added, “is a technological man, he believes that technology can help many people and understands that it is the future of communications.”

In his message for the 50th World Communications Day Jan. 24, 2016, Pope Francis acknowledged that emails, text messages, social networks and chats can be “fully human forms of communication.”

However, he added, “it is not technology which determines whether or not communication is authentic, but rather the human heart and our capacity to use wisely the means at our disposal.”

Despite his favorable attitude toward new forms of communication, the pope has also admitted that he is “a dinosaur” when it comes to technology.

During a Google Hangout conversation sponsored by Scholas Occurrentes in 2015, a young girl from Spain asked the pope if he liked to take photos and upload them to a computer.

“Do you want me to tell you the truth?” the pope asked. “I’m a disaster with machines. I don’t know how to work a computer. What a shame!”

NEXT: Pope wants church to be voice of the poor in Amazon