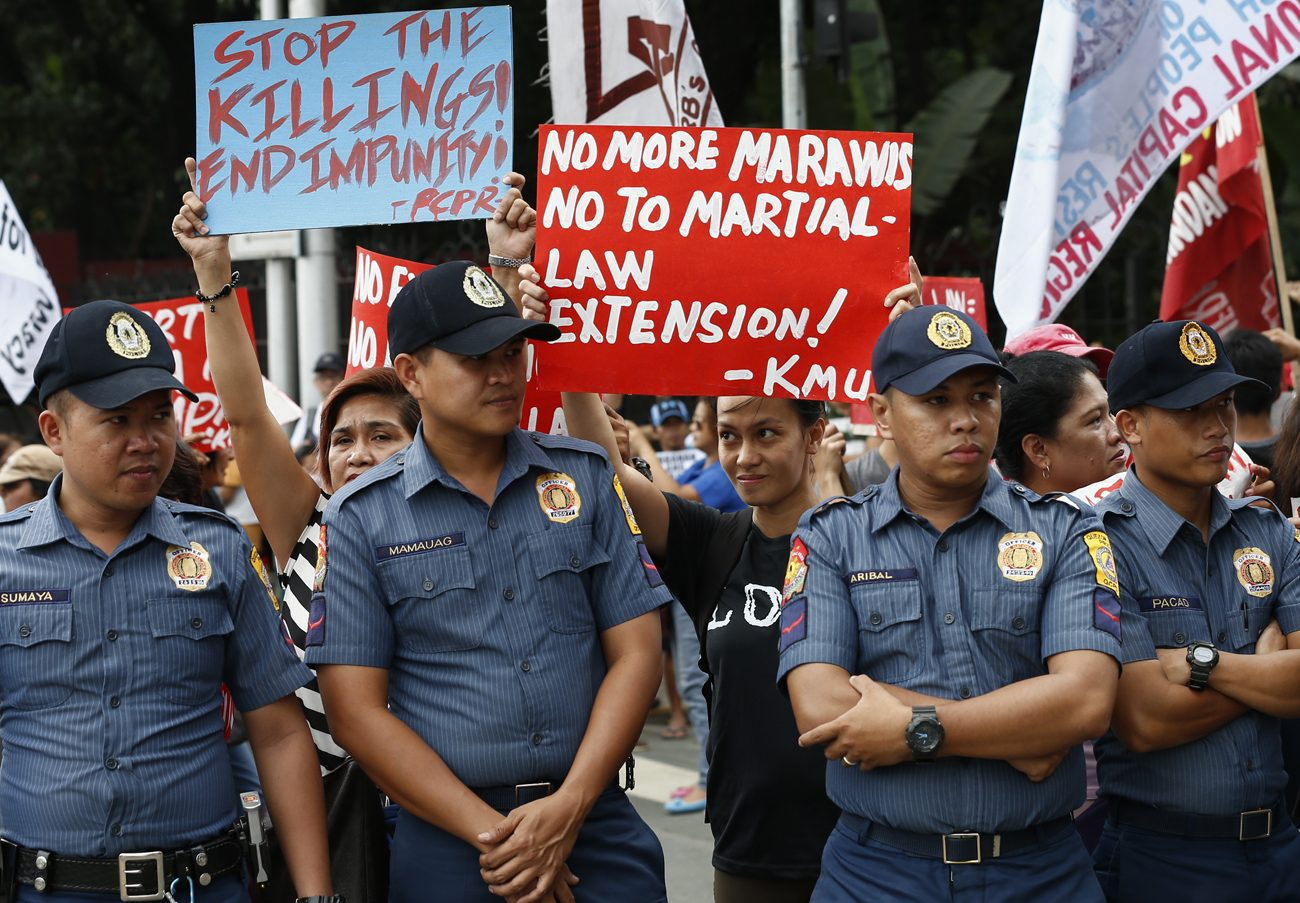 MANILA, Philippines (CNS) — Martial law in the southern Philippine region of Mindanao, originally aimed at quelling a terrorist attack in Marawi in May, has been extended for another year.

Ucanews.com reported that on Dec. 13 a joint session of Congress approved a request by President Rodrigo Duterte to extend martial law across the region until Dec. 31, 2018.

In a letter addressed to Congress, Duterte cited continuing threats from Islamic State-inspired terrorists and communist-led guerrillas for seeking an extension to emergency rule. The president said he requested the extension to “ensure the total eradication” of Islamist terror groups, armed lawless groups, and “communist terrorists and their coddlers, supporters and financiers.”

Legislators who opposed the extension said martial law in Mindanao has no basis in the Philippine Constitution and can lead to human rights abuses.

Sen. Franklin Drilon questioned the inclusion of the New People’s Army as a reason for extending military rule, warning that it might be used as a pretext for extending martial law nationwide, ucanews.com reported.

“If we are to believe that the government is intent on ending the war against the (communist guerrillas) … then it is entirely possible that (military) operations would have to be extended beyond Mindanao to meet that objective,” said Drilon.

Archbishop Antonio Ledesma of Cagayan de Oro in Mindanao said he was against extending martial law in the region, adding that “there is no need for (it).”

He said military rule would only affect the economic standing of Mindanao because investors are not coming in.

“There are less investors because of (martial law). I think that is important,” said the archbishop.

He said the situation in Mindanao can easily be handled by the local police and military stationed there.

“People are saying that there is practically no martial law now, so it might as well go back to normal,” Archbishop Ledesma said.

A group of human rights lawyers also warned that extending martial law in Mindanao would only “stoke the wildfire of rights violations.”

Edre Olalia, president of the National Union of Peoples’ Lawyers, said, “There is objectively no sufficient factual basis that public safety requires it.”

He said there is “no actual and real … rebellion in Mindanao of such intensity and scope as to honestly satisfy the strict extraordinary constitutional powers.”

“The proponents and supporters of these dangerous moves are playing with fire that will engulf us all,” said Olalia.

“We ask the public to stand behind the administration and rally behind our defenders to quell the continuing rebellion in Mindanao,” he added.

Defense Secretary Delfin Lorenzana said the extension of martial law will “thwart like-minded groups from conducting further acts of terrorism and prevent the spillover of violence and radicalism in other parts of the country.”

In October, the government declared an end to almost five months of armed clashes with the terrorists; the violence left the city devastated and close to 400,000 people displaced.

NEXT: New Vatican news site ready to launch before Christmas