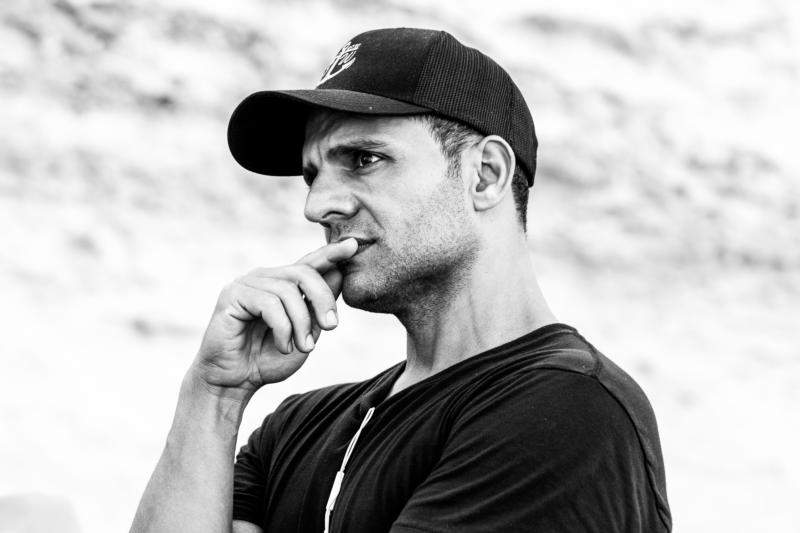 Pete Shilaimon, a Catholic, is the producer of the new movie “Forever My Girl.” He was born and raised in Baghdad and escaped Iraq with his family to avoid religious persecution. He is pictured in a 2014 photo. (CNS photo/courtesy Rosie Collins)

WASHINGTON (CNS) — Pete Shilaimon was not making movies in Hollywood, his current job, when he fled Iraq.

Shilaimon was only 5 years old when his family — mother, father, brother and sister — left pretty much everything and everybody that they knew behind and headed to Greece.

Now 46, Shilaimon remembers some of the aspects of leaving in searing detail.

“I remember my mom and dad experiencing a guttural, heart-wrenching goodbye to their families,” Shilaimon said in a Jan. 12 telephone interview with Catholic News Service from Los Angeles. The families, he added, were “hoping that they’d stay, but my father, realizing if he didn’t get out, all of his boys would be killed — an unselfish act, leaving everything behind to stay with their kids. And I really do remember that like it was yesterday!”

A Chaldean Catholic, Shilaimon continued, “I remember my grandmother literally falling to her knees, holding on to my mother’s dress, begging her to stay. I’ll never forget that memory. … My mother gave us each a bag with our clothes, and she gave us each a crucifix to wear. You know what? I have the crucifix to this day, and I wear it to this day.”

The reason for the departure in 1977, well before Iraq was on many Americans’ radar, was twofold: “The war with Iran, and also my mother really needed to be somewhere where she could practice her faith and feel good about it and not have to hide it all the time,” Shilaimon said. “My father wanted to get out because he didn’t want his sons to go into the army and perhaps lose their lives.”

Shilaimon himself never returned, but his mother did. “My mother got to go back in 1996 to be with her mother for four months, because her mother was passing,” he recalled. “There was not a part of her that didn’t want to stay. But she ultimately decided, ‘I want to be with my boys and my daughter.'”

Not in the habit of talking up himself, Shilaimon is more interested in talking up his films. He was the producer of “Risen,” which got a screening last year at the Vatican with Pope Francis. “I got to meet the pope, which was the highlight of my life,” he told CNS, adding that he had “a three-second conversation” with Pope Francis.

“‘Risen,’ I think, was a game-changer for me as a producer. ‘Risen’ was the highest quality you could give,” Shilaimon said. The impetus behind making the film was, he said, “we’re going to do a movie about a biblical event, we’re going to do it right, we’re not going to give it a shoddy production value. … Every detail is right.”

His next project was “Forever My Girl,” currently in multiplexes. It fits in with his personal credo of cinema: “movies that are mainstream but movies that have a faith-based element. The two should meet.”

“Forever My Girl” deals with an aspiring country music star who heads back to his small-town roots only to find he’s got a 7-year-old daughter he never knew about because his former fiancee never told him.

“Real life and small towns work nothing like this idealized plot,” said CNS guest reviewer Kurt Jensen in his critique of the film, although he gives credit that the movie “plays up the romantic and faith-based elements to smooth over stilted performances and dialogue.”

The film received a classification of A-II — adults and adolescents — for “adult themes of life and death and references to excessive alcohol use.”

And that’s not all on Shilaimon’s plate. His next movie comes out April 13: “The Miracle Season” starring Helen Hunt and William Hurt, and based on a true story, about a high school girls’ volleyball team that rallies behind its coach after the tragic death of its star player.

It focuses not only on the gutsy playing of the high schoolers but “how a community comes together to take care of their own,” Shilaimon said. The girls’ championship “never should have happened,” he added, “but some higher power was looking after them.”

NEXT: Young people at forefront of pro-life fight called ‘new Magi’ of movement