Families in El Salvador see lives changing with end of TPS in U.S. 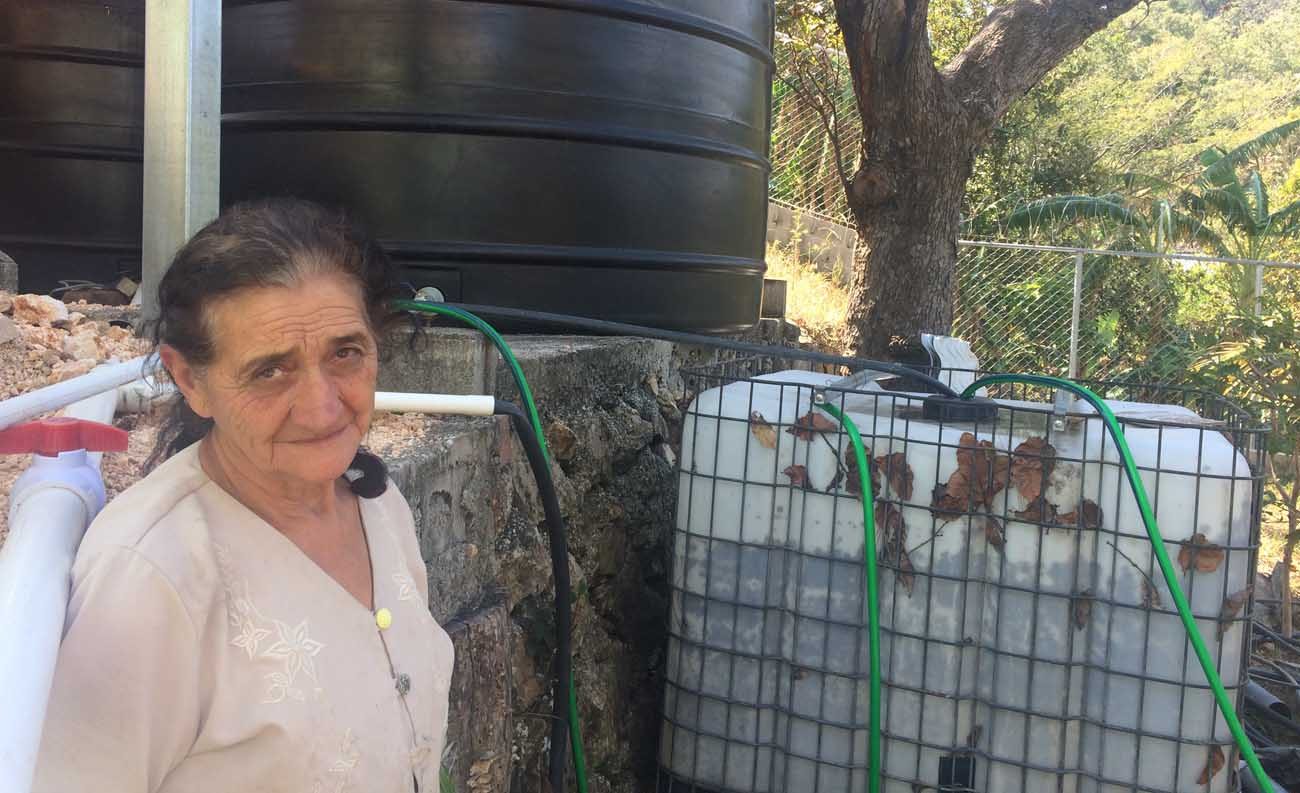 Victoria Santos de Galdamez stands outside her home Jan. 11 in Chalatenango, El Salvador. The 74-year-old grandmother has a son who is under the Temporary Protection Status in the United States. (CNS photo/Melissa Vida)

“I remember as if it were yesterday,” Laura Martinez told Catholic News Service. “She climbed on a black truck to look for a better future for our family.”

Fast forward 22 years: Cecilia Martinez, with the job security that the Temporary Protection Status provided, funded her siblings’ education and supported her parents in El Salvador.

“She bought my school supplies and paid my tuition,” said her brother, David Martinez. “I couldn’t have pursued my studies without her help.” Today, David Martinez is a software developer. Although his salary is low, he was eligible to receive a loan for a house. His younger sisters are now hoping to enroll in college, but that dream could shatter if Cecilia Martinez is forced to return to El Salvador.

As her Temporary Protected Status expires in September 2019, “she fears that her clients, for whom she cleans houses, will fire her or that she will be stopped in the street and be deported,” Laura Martinez explained.

Financial and status instability, in turn, will have consequences on her relatives back in El Salvador. Salvadorans abroad delivered more than $450 million worth of remittances to their families in El Salvador in 2017.

San Salvador Cardinal Gregorio Rosa Chavez, who prayed and lobbied for the extension of TPS for Salvadoran nationals, is critical that U.S. decision-makers did not think of families both in the United States and in El Salvador.

“Family is the base of society, and if we destroy it, there is no future,” he told Catholic News Service. “We are only one human family, and the earth belongs to God and to everyone.”

Cecilia Martinez also provides support to Laura’s small retail business; she helped set it up and ships it clothes.

“It would be really hard if she gets deported,” Laura Martinez said. “She is like a second mother to us, our foundation in every sense.”

Her remittances are also lifeblood for her parents.

“Our folks fully depend on her for their livelihoods, since pension is nearly nonexistent here,” Laura Martinez said. Parents of TPS holders often rely on their children’s work.

This is the case for Victoria Santos de Galdamez. In the mountains of rural El Salvador, the 74-year-old great-grandmother still works in the fields, but yield is poor at her age.

“Without the help of my son, we would have died of hunger,” she told CNS, “especially now since my husband is old and ill.”

Her son, who has Temporary Protected Status, came back to fix his house, which was destroyed by the 2001 earthquake, in case he should be deported in 2019. He is expanding the house so his three children, all U.S. citizens, will be comfortable when they come with him.

TPS holders “give us the hope of being able to help buy what we need,” de Galdamez said. “But what if they lose what they have?” Many elderly in her community face uncertainty as they rely on their children’s financial support.

“Seeing them come back would be hard, I don’t want to see them live in misery,” she said.

TPS holders also pay for their parents’ medicines and medical interventions, which are expensive in the Central American country, where the average monthly salary is less than $300 and where people are regular victims of extortion.

“(U.S. President Donald) Trump talks about our country in bad terms, because he hasn’t faced difficult situations with regard to food and rent,” David Martinez said. “I don’t hate him, but I would tell him that our people work hard and aren’t given the chance of showing their talents here.”

NEXT: Lord’s Prayer: Germans stick with wording; Italians to change at Mass