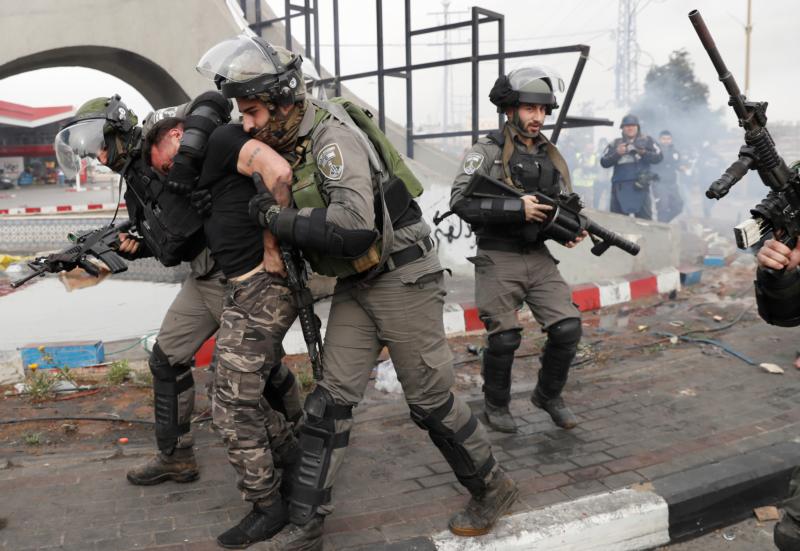 “The two-state solution is accepted by all the world, including the Vatican. It corresponds to the legitimate resolutions passed by the United Nations,” Auxiliary Bishop William Shomali of Jerusalem, patriarchal vicar for Jordan, told Catholic News Service.

He spoke of how the church sees the way to end the simmering Israeli-Palestinian conflict.

Archbishop Pierbattista Pizzaballa, apostolic administrator of the Latin Patriarchate of Jerusalem, told CNS, “Nothing should prevent Jerusalem from being a national symbol for the two peoples.”

“Any unilateral decision is not a solution,” Archbishop Pizzaballa said. “Jerusalem cannot be reduced to a dispute. It is something much more than that.”

In his annual “state of the world address” Jan. 8 to diplomats from more than 180 countries, Pope Francis urged countries once again to respect the status quo of Jerusalem.

He reiterated the church’s call “for a common commitment to respect, in conformity with the relevant United Nations resolutions, the status quo of Jerusalem, a city sacred to Christians, Jews and Muslims.”

Pope Francis also urged a two-state solution for Palestinians and Israelis, saying: “Despite the difficulties, a willingness to engage in dialogue and to resume negotiations remains the clearest way to achieving at last a peaceful coexistence between the two peoples.”

“The pope emphasized that Jerusalem must be respected for all three religions,” said Father Rifat Bader of the Catholic Center for Media and Studies in Amman. “That respect must be made not just in political affairs, but religious matters.”

He said that, shortly after Trump’s Dec. 6 declaration, “Jordan’s King Abdullah II met with the pope with great emotion, focusing on the status quo of Jerusalem, how international decisions need to be respected, and how to maintain the custodianship of Jordan’s Hashemite monarchy over the Muslim and Christian holy sites in Jerusalem.”

Later, Christian and Muslim leaders from Jordan and the Palestinian territories met at the Baptismal Site on the Jordan River and agreed to fight the decision.

“They all agreed to support the king and his diplomatic efforts calling for justice for Jerusalem as well as recognizing the king’s Hashemite custodianship over the Muslim and Christian holy sites there,” Father Bader said.

Jordan’s king is recognized as the custodian of Muslim and Christian sacred places under a signed 1994 peace treaty with Israel.

“Jerusalem is very important for us as Jordanians. Jordan’s Hashemite kings have supported restorations in the Al-Aqsa Mosque, while King Abdullah II also aided the restoration of the Holy Sepulcher Church (with) his own money. This Hashemite custodianship is not rhetorical, but realized by real support, including finances, for Jerusalem, which is also the future capital of Palestine,” Father Bader said.

“A lot of friends around the world, 128 countries, opposed the decision by the U.S. president,” meaning “that Jordan and Palestine are not alone,” he added.

“Arab countries have to coordinate more to address this very important moment in history. Jordan is president of the Arab League right now,” said Father Bader.

The Arab League is lobbying the international community to recognize a Palestinian state with East Jerusalem as its capital, following a Jan. 6 meeting of Arab foreign ministers and the league’s secretary-general in Amman.

“We will confront the (U.S.) decision by seeking a resolution, an international one, to recognize a Palestinian state on the 1967 borders with Jerusalem as its capital,” Jordanian Foreign Minister Ayman Safadi told reporters after the talks.

NEXT: Pope to visit Ukrainian Catholic basilica in Rome