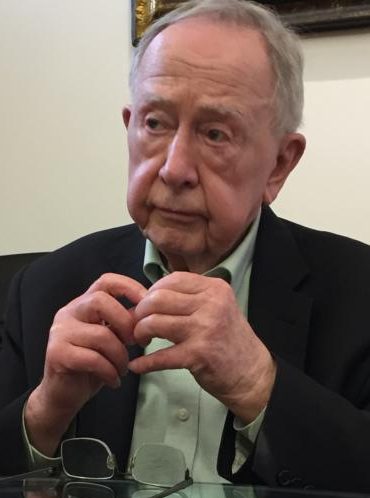 ROME (CNS) — The Second Vatican Council’s document on the church in the modern world was the culmination of the council’s efforts “to descend from the icy heights of abstraction to respond to human lives as they really are being lived,” said Jesuit Father John O’Malley, a leading historian.

And, looking at the lives of real people, the document “Gaudium et Spes” gave “pride of place” to reflections on marriage and family life, Father O’Malley said Jan. 25, inaugurating the “Gaudium et Spes” Chair at Rome’s Pontifical John Paul II Theological Institute for the Sciences of Marriage and Family.

Alongside the institute’s Karol Wojtyla Chair, which promotes research on the philosophy, theology and poetry of St. John Paul II, the “Gaudium et Spes” Chair will sponsor courses and promote research on new challenges facing the family and on effective ways for the church to respond pastorally, said Msgr. Gilfredo Marengo, who is coordinating the new chair.

What English-speakers call St. John Paul II’s “theology of the body” and Pope Francis’ apostolic exhortation on the family, “Amoris Laetitia,” both flow from the effort of “Gaudium et Spes” to honor marriage and family life while being realistic about modern changes in attitudes toward love and sexuality, the monsignor said.

In a message to those attending the inauguration, Pope Francis said, “We cannot forget how dear ‘Gaudium et Spes’ was to your founder, St. John Paul II. He was one of the protagonists of its drafting and much of his magisterium had its roots precisely in this document.”

The church, the pope said, must “create places of encounter and dialogue — including those with a high intellectual profile” — that will show how seriously it continues to take the commitment expressed in “Gaudium et Spes” to share “the joys and the hopes, the griefs and the anxieties” of modern men and women.

Pope Francis in 2017 re-founded the John Paul II institute with a request that it strengthen and broaden its academic offerings, including in being more analytical about the current situation of families and in preparing church workers to respond pastorally.

Speaking to reporters Jan. 24, Father O’Malley said the Second Vatican Council, while upholding church teaching and tradition, shifted the church’s approach by defining marriage in “Gaudium et Spes” as “an intimate sharing of life and love.”

That is a different tone, he said, from the 1917 Code of Canon Law, which was in force at the time of the council. The code said, “The primary end of marriage is the procreation and education of children. The secondary, mutual assistance and the remedy of concupiscence” or an inclination to sin.

The new chair at the John Paul II institute, Father O’Malley said, is called to share the Christian vision of marriage and family with “the world as it is, as it exists today with all its joys and problems. But also to respond to all the questions today about sexuality, the human body — it’s a new situation.”

Unlike previous councils, which “generally formulated even their doctrinal decrees in canons, that is, as laws,” Father O’Malley said, the entire Second Vatican Council sought to recognize the benefits the modern world brought to the church and to offer the modern world healthier approaches to its problems by appealing to people’s consciences and aspirations.

The different approach, the Jesuit told reporters, is why some people have had difficulty interpreting the documents of the Second Vatican Council; one cannot evaluate them as if they primarily contained laws, prescriptions and condemnations of certain beliefs and practices, like the documents of earlier councils did.

“Amoris Laetitia,” Pope Francis’ post-synodal apostolic exhortation on the family, took the same approach, he said at the inauguration of the “Gaudium et Spes” Chair.

Those reading “Amoris Laetitia” primarily as a manual of law rather than as an attempt to dialogue with modern men and women and point the way toward happier and holier lives will be frustrated, he said.

PREVIOUS: Persecution based on religious belief is unacceptable, pope says

NEXT: Lead people away from confusion, error with God’s mercy, pope says