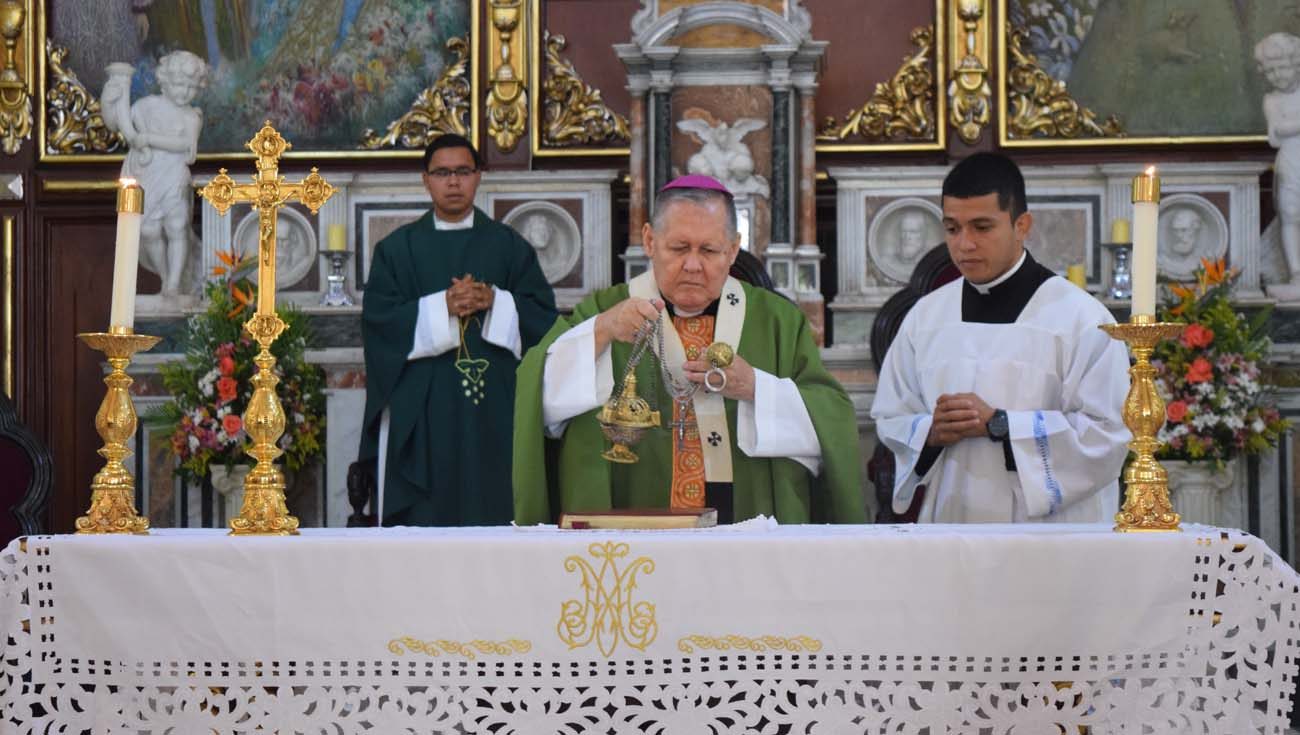 During his comments to the pro-government National Constituent Assembly Jan. 15, Maduro also ordered the attorney general to investigate the bishops for hate crimes.

“One of those two called us a ‘plague,'” Maduro said. “It will be seen whether this constitutes a real hate crime that aims to create fighting between Venezuelans.”

Maduro referred to comments made by the Bishop Victor Basabe of San Felipe and Archbishop Antonio Lopez Castillo of Barquisimeto.

On Jan. 14, during the annual procession of the Divine Shepherdess, which attracts millions in the western city of Barquisimeto, both bishops spoke out against corruption, which they said has contributed to the country’s spiraling economic crisis.

According to local outlet noticiasbarquisimeto.com, Bishop Basabe told the crowd that Venezuelans who have left the country “will never be foreigners” and that when they return they will all “have the task of reconstructing our country so that the plague that today devastates us becomes part of the past.”

Bishop Basabe also rebuked those “determined to never understand that the fundamental cause of the crisis in Venezuela is the continuation of a political, social and economic model that denies God and, therefore, human dignity.”

Archbishop Lopez made similar comments, according to newspaper El Carabobeno, calling on the Divine Shepherdess to “free us from hunger and corruption.”

Speaking with Catholic News Service after Mass at Santa Rosa Church Jan. 28, Archbishop Lopez said he does not regret the comments.

“I’ve said what I should say, and we will see if there are consequences,” he said. “People here are hungry, there’s no medicine, there are no repair parts for vehicles, and everybody sees that, so I’m not lying.”

Venezuela continues to suffer a deep economic crisis that has resulted in surging levels of child malnutrition and shortages of affordable foods and medicines.

Archbishop Lopez calls the law that Maduro threatened to use against him “an attempt to eliminate all opposition, so that nobody has a different opinion and everything becomes incitation of hate.”

Venezuela’s hate crime law, passed in November by the pro-government assembly, vaguely prohibits the dissemination of hateful messages. Opposition leaders and journalists have decried the move as an attempt to crack down on all dissent.

“They want the church to stay quiet, but we only obey God,” Archbishop Lopez said.

While the Venezuelan bishops’ conference and the socialist government have often clashed, the rhetoric has intensified since Vatican-sponsored talks between the government and opposition collapsed in early 2017.

In April, the bishops called for “peaceful civil disobedience” to restore constitutional order, later labeling the government a “military dictatorship.”

Church leaders have faced repercussions for their dissent, with pro-government gangs even crashing Sunday Masses, forcing churchgoers to listen to pro-government speeches and shouting insults at priests.

Father Enrique Yanes said the confrontations resulted from the church assuming a “protagonist role” in denouncing “the problems that a communist and totalitarian system brings.”

Father Yanes regularly attended anti-government protests last year and even presided over the funeral Mass of several young protesters who died in the conflict. He also officiated the funeral of Oscar Perez, a former police agent turned rebel who attempted to initiate a rebellion against the government, stealing a government helicopter and flying over Caracas.

The clashes between the church and government appear set to escalate further ahead of presidential elections, hastily announced by the pro-government assembly and set to take place before April 30.

The bishops’ conference has already criticized the way authorities announced the election, calling the assembly “unconstitutional and illegitimate in its origin and actions.”

Archbishop Lopez and Bishop Basabe remain under investigation for hate crimes, although the archbishop said he doubted authorities would press charges since “the majority of Venezuelans are against the government.”

At the Jan. 28 Mass, churchgoers who spoke with Catholic News Service backed the bishops.

“The first people who should face the hate law (are) the government (officials) themselves,” said Enrico Sciscioli. “Every time they’re on TV, any speech they make, they’re inciting hate.”

NEXT: Reject intolerance, teach respect for other religions, speakers say