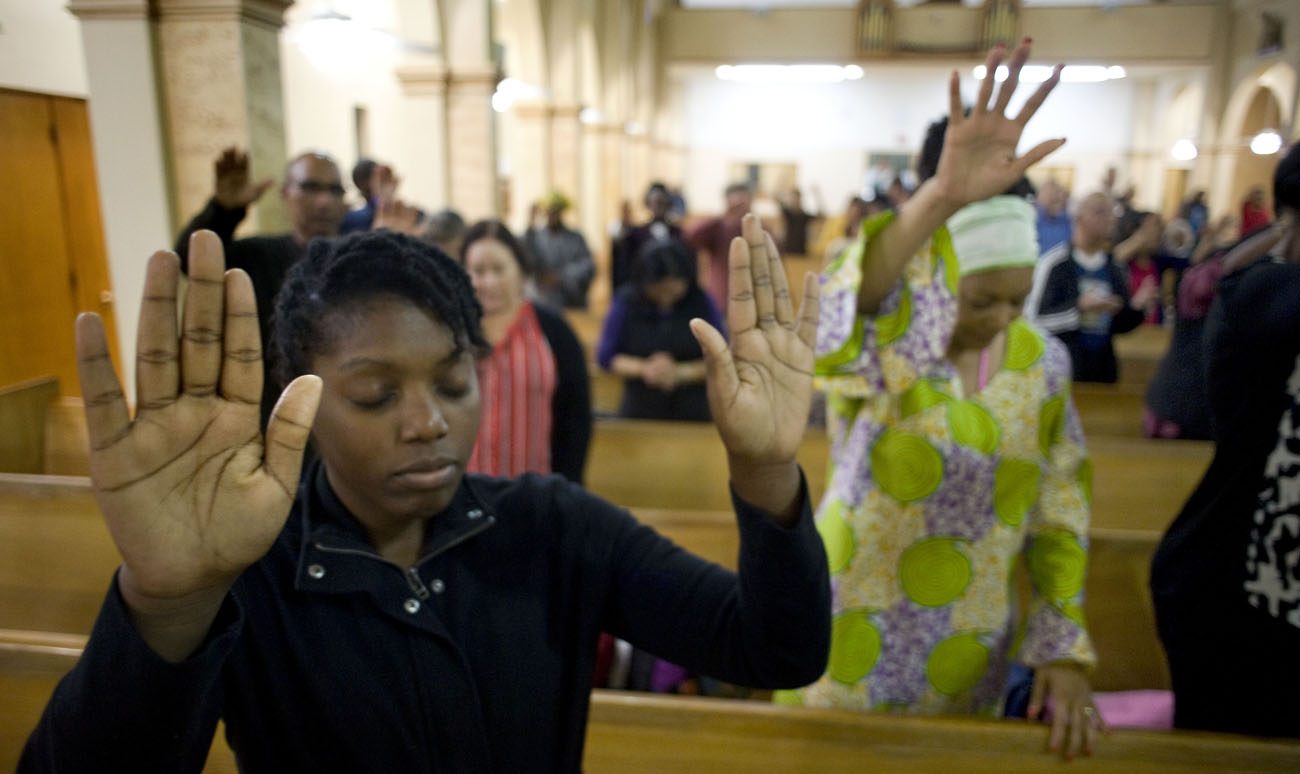 SAN DIEGO (CNS) — In the 1930s, Christ the King Parish in a neighborhood just southeast of downtown San Diego was the “mother church” for black Catholics in the city. Racial segregation was the law of the land.

Some 50 years later, much has changed in that neighborhood and surrounding ones. A series of landmark laws and rulings ended official segregation at work, schools, housing and public settings though the fight for equality and social justice continues there and across the country.

Blacks took advantage of new freedoms and started moving away, settling elsewhere in San Diego County or even out of state where the cost of living was lower. Meanwhile, Hispanic families started moving in.

“We’re all spread out now,” said Deacon Marvin Threatt, from Holy Spirit Parish, one of three parishes with active African-American ministries in the city. “We don’t have the collective community.”

The mother church needed a way to invite black Catholics to return to their traditional faith home. Thus began in 1980 the first Revival, a three-night celebration of African-American culture and spirituality at Christ the King.

The 38th annual Revival took place this year Feb. 5-7, this time at St. Rita’s Parish, which also is in southeastern San Diego.

The Diocese of San Diego’s Commission for African American Catholics organized the event. It’s one of several groups formed to serve as liaisons between the diocese and parishioners of various ethnicities and races.

The deacon, one of the commission leaders, explained that a revival is a tradition rooted in African-American history and faith. 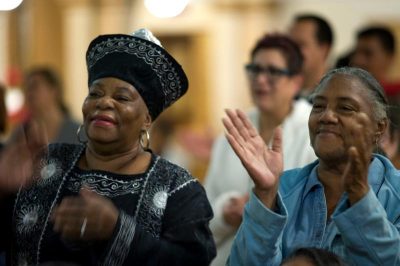 “It’s a way to evangelize among ourselves using a format that’s culturally relevant to us,” he told The Southern Cross, San Diego’s diocesan newspaper. “It’s a time to renew your faith, to rejoice in what God has done for you.”

The event also is a way to share the gifts of the black faith community with the people of the diocese.

Nationwide, about 5.6 percent of Catholics are (non-Hispanic) African-American, African or Afro-Caribbean, or around 2.1 million people, according to the Center for Applied Research in the Apostolate based on the 2010 census. In the San Diego Diocese, the number of black Catholics has dropped, numbering 3,500 to 4,000, Deacon Threatt estimated.

In 1985, the Revival began to rotate with two other churches, St. Rita’s and Holy Spirit. The three “remain the epicenter of African-American life in San Diego,” the deacon said.

This year’s Revival consisted of three nights of praying, sermons and singing provided by two Gospel choirs and by a trio of young women. The first night opened with African drums and the final one included a libation ceremony, an African tradition that honors ancestors.

Those in the pews were mostly African-American, although people from other ethnicities also turned out.  They enthusiastically clapped along to the songs, often on their feet.

“This is really special because for the first time we have African-Americans being considered for sainthood,” Deacon Threatt said.

Father Chester Smith, a priest of the Society of the Divine Word, delivered the sermons each night, supporting the theme this year, “Make a Joyful Noise Unto the Lord.” He is one of three missionary priests who make up the Bowman Francis Ministry, based in Chicago. He travels around the United States and the world to spread the word of God, particularly to young blacks.

Father Smith wove together Bible passages, personal anecdotes about growing up in Chicago and plain-talk directives in his sermons, like: “Don’t be a phony.”

The priest acknowledged the pain some were experiencing due to such problems as broken relationships, bad influences and substance abuse, and challenged them to take stock.

Time and again he returned to the central theme of taking personal responsibility for one’s life and spirituality.

At the end of each sermon, he invited everyone at the church to gather around the altar, holding hands, as he prayed for them, their families and their communities, his voice building to a crescendo.

In an interview before the final night, he said he does this to show that “we’re in this together, no matter what you’re going through, you’re not alone.”

The priest, who has been preaching for 30 years, noted that San Diego’s Revival is relatively rare. He said most dioceses have them every two years not annually, like San Diego.

He sees the need for this event now more than ever across the country, and not just for African-Americans.

“When I see the violence in our community, when I see the races fighting against each other, it’s apparent that we need something that shows us the light,” he said. “And that light, for me, is Jesus.”

He said the Revival focuses on that truth through singing, dancing and hearing the word of God — though some may not be aware of it. “The whole atmosphere of the church changes because we hear Jesus.”

Bustos writes for The Southern Cross, newspaper of the Diocese of San Diego.